AirAsia is appealing to Prime Minister Datuk Seri Najib Tun Razak to step in to resolve the impasse over its proposed move to klia2, which opens on May 2. 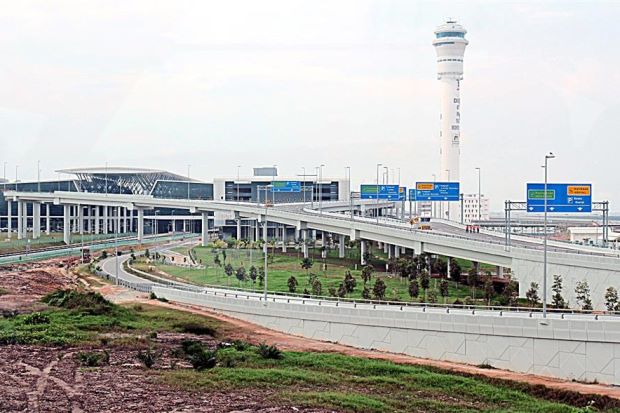 Coming soon: klia2 is scheduled to open to the public on May 2.

“klia2 has the potential to be a global aviation hub just like Dubai. AirAsia, as the largest low-cost carrier in the region, can and will contribute towards making that a reality, directly elevating the nation’s aviation industry as a whole,” she said in a statement yesterday.

Deputy Transport Minister Datuk Aziz Kaprawi on Tuesday said AirAsia should move to klia2 before May 9 as the Low-Cost Carrier Terminal (LCCT) would cease operation with all relevant agencies, including Immigration and Customs, moving to the new airport.

However, AirAsia has reportedly expressed concerns over safety and security issues and wants these to be resolved before it relocates.

Aireen, who was clarifying reports on AirAsia’s decision to remain in LCCT after May 9, said the airline was not deliberately trying to stay away from klia2.

She said there were concerns, especially on the functionality, safety and security of klia2, which should be addressed.

“We will be the anchor tenant, accounting for more than 80% of klia2’s traffic, hence the critical need for it to be fully functional and operationally viable in the long term,” she said.

AirAsia, she said, was also trying its best to resolve all pending issues with Malaysia Airports Holding Berhad so it could relocate to klia2.

“This year, we expect to carry at least 24 million passengers via Kuala Lumpur, and with this size of operations, we have to ensure the airport is fully functional without any possible interruptions,” she added.

Responding to the same issue, Aziz Kaprawi yesterday reiterated that klia2 would be fit for operation come May 2.

“We will make sure it is ready and safe for use. Nothing will be compromised, including the safety aspects of the taxiway, apron parking, runway and terminal,” he said.

He added that the safety and comfort of the public, airport workers as well as airlines personnel also remained their top priority.

Public Accounts Committee chairman Datuk Nur Jazlan Mohamed had earlier said the airline would be called up to give its views on klia2.