klia2 is now certified fit for use, just two weeks before it opens its doors on May 2.

This is a major milestone, given that structural issues had earlier cast doubts on what will be Asia’s biggest and most modern low-cost air terminal. 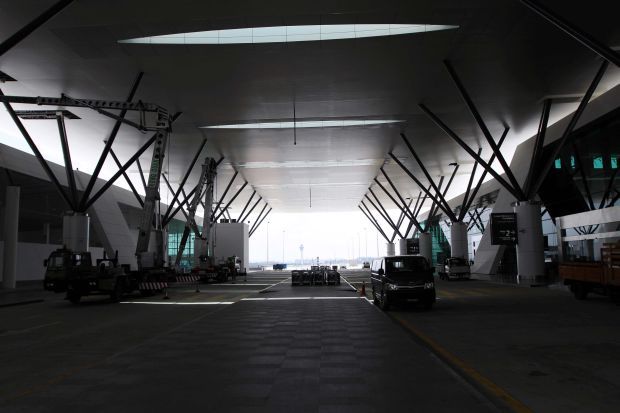 A photo of the newly built klia2 which will open on May 2.

The critical document – Certificate of Completion and Compliance (CCC) – that certifies the new airport fit for public use is now in the hands of the airport operator, Malaysia Airports Holdings Bhd (MAHB).

Even the International Civil Aviation Organisation (ICAO) that was asked by the Government to evaluate if there were structural issues, in a bid to appease sceptics, had completed its checks.

The ICAO officials arrived on Monday. The Government decided to call them in following AirAsia’s dissatisfaction with structural issues, particularly depressions on the apron and runway.

The handover of the CCC was first expected at the end of January but then two-thirds of the building was not certified safe for public use after inspections conducted by Indah Water Konsortium Sdn Bhd, the Sepang Municipal Council and the Fire and Rescue Department.

Then there were cracks in the sewerage pipes, drains and roads and the terminal building did not conform to certain fire and safety conditions. But all that has since been rectified.

MAHB received the CCC from the architects and main contractor, UEM-Bina Puri Joint Venture. Deputy Transport Minister Datuk Abdul Aziz Kaprawi told The Star the issuance of the CCC would put to rest any doubts about the airport’s readiness to operate.

“We are now looking forward to May 2 when klia2 welcomes its maiden aircraft, a Tiger Airways flight. The flight is expected to arrive at 12.05am while the first flight to depart from klia2 will be about an hour later,” he said.

On the ICAO, he said “they finished their job on Thursday… there had been no negative comments.”

Even before getting the CCC, MAHB had begun the Operational Readiness and Airport Transfer (Orat) procedures to ensure all systems are workable on day one.

ORAT is a comprehensive methodology and holistic approach employed to ensure the operational readiness of a new airport or airport infrastructure project.

AirAsia, which was reluctant to move earlier, citing safety and security issues, has reversed its decision and will now move to klia2 by May 9, the day the existing Low Cost Carrier Terminal (LCCT) ceases operations.