Acting Transport Minister Hishammuddin Hussein says that the International Civil Aviation Organisation will examine the safety concerns of klia2 to satisfy all doubts.

The government will collaborate with the International Civil Aviation Organisation (ICAO) to examine the safety issues at klia2 that have been raised recently as well as to satisfy relate dauthorities including the rakyat, Acting Transport Minister Hishammuddin Tun Hussein said today. 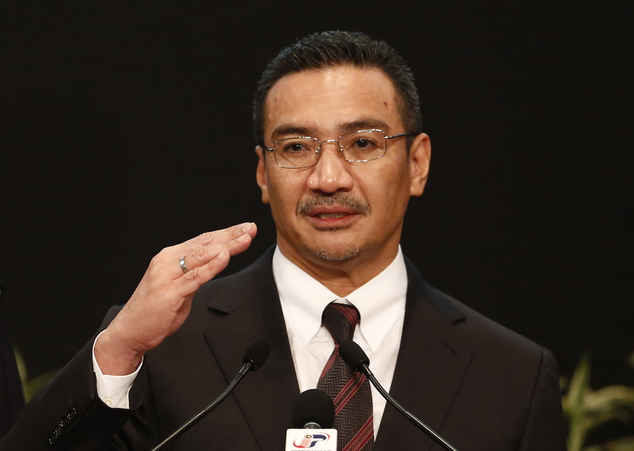 ICAO is a specialised agency of the United Nations that provides standards, regulations and procedures for international aviation.

He said the ICAO had agreed to cooperate for this purpose and will send representatives, who are set to come here Monday.

“The report from Ikram Premier Consulting, the independent consultant appointed by government to evaluate security level at klia2, has shown that there no safety issues, but this (matter) is still being talked about.

“If that is still the concern of the people, we will ask ICAO to look at this issue.

“This is to prove to the people that in the context of safety, the government will not compromise,” he told a press conference after after visiting the new airport site here.

He also said that apart from Ikram Premier Consulting, there were 57 local consultants appointed by the government, the Malaysian Fire and Rescue Department (Bomba) and the Department of Civil Aviation that have been asked to examine the issue of safety at klia2.

Asked on AirAsia’s concerns over the klia2 safety and security which made the low-cost carrier reluctant to move to the new terminal, Hishammuddin said, “that is why I have decided that the ICAO be asked to come onboard…we are moving into a different level.”

He said that if AirAsia still has problems with klia2, the airline could take it up with the ICAO.

Deputy Transport Minister Abdul Aziz Kaprawi said that the ICAO would take about a week to complete its work.

Abdul Aziz also said that klia2 was 100 per cent ready.

Hishammuddin said that the important thing at the moment is the operating system at klia2 which involved the state of operation readiness and transfer (ORAT), a trial to simulate functionality and operational aspects.

As for the certificate of completion and compliance (CCC), Hisahmmuddin said it must be obtained by the time klia2 opened officially.

“Doesn’t matter. I think in the next few days they (Malaysia Airports Holdings Bhd) are working closely to get the CCC…I’m confident personally on this (to achieved the CCC before opening).”

He said that all ground work should proceed until the opening of theairport, as waiting for the CCC like before would only delay matters as the new airport was a huge development.

Hishammuddin stressed that the government would also not compromise with any individual agendas and those who have interest to jeopardise that what Malaysians should be proud of.

“There are weaknesses that we will overcome. There are independent investigators that will look into the issue of safety…but it should not stop us feeling good about something that we have achieved.

“We don’t have any bigger aspiration than to make sure that we provide the best service for the people who are going to use our airport,” he said.