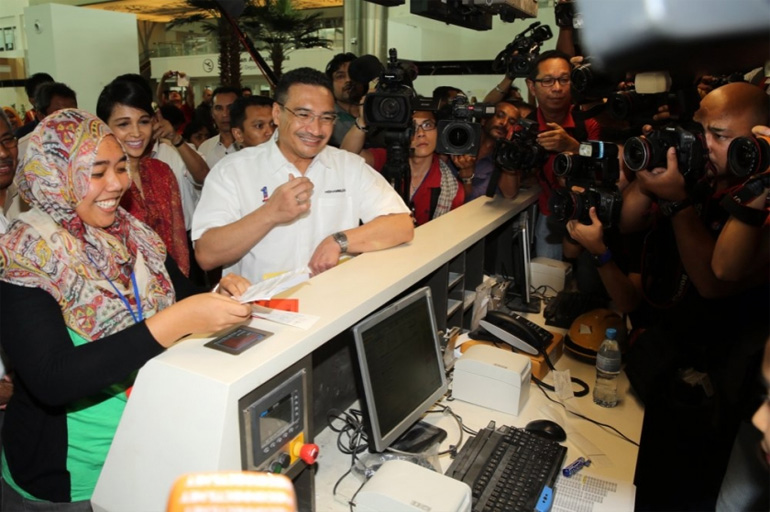 “An independent body was appointed to look into the security, and their findings was that there were no security issues,” he said at a press conference after a working visit to the new airport.He said ICAO officials are expected to arrive on Monday after they agreed to the country’s request for the global aviation authority to inspect the facility.

But given that the public was still concerned about security, the minister said the decision was made to rope in the ICAO as an added measure.

Hishammuddin stressed that even before the independent audit by Ikram Premier Consulting, klia2 was vetted by 57 local consultants, on top of an earlier inspection by the Fire and Rescue Department and the Department of Civil Aviation.

He acknowledged that some issues require remedial work on a periodic basis — such complaints by budget carrier AirAsia of defects on the taxi area, apron and runway that will be used by planes — but insisted these could be resolved.

“Sure, we can remedy that periodically, but if you get into that kind of debate on a daily basis it will never end. That is why we asked ICAO to come on board. If AirAsia still thinks there are problems with Ikram, then they have to find problems with what ICAO find here,” he said.

Hishammuddin shrugged off the possibility of AirAsia continuing to operate out of the current Low-Cost Carrier Terminal (LCCT) after the May 9 cutoff, saying that it is not his problem.

“AirAsia have to make their own decision. My priority has always been very specific in what I do, which is to get the airport up and running and promised and that it is safe.

“The rest is up to AirAsia, Malindo, MAS and MAB to work things out,” he said, referring to national carrier Malaysia Airlines and airport operator Malaysia Airports Holdings Berhad.

AirAsia executive chairman Datuk Kamarudin Meranun said on Wednesday that the airline will only move to klia2 once “everything is OK”, after the company earlier stated that it would stay put at the current airport that is scheduled to be closed on May 9.

Prime Minister Datuk Seri Najib Razak told the low cost carrier, however, that they must move to the new terminal as it is practically completed and too late to back out.

Hishammuddin today insisted that instead of criticising the construction of klia2, Malaysians should view it as a source of pride.

“I do not want individuals, agendas, those who have got interest to jeopardise something that we Malaysians should be proud of.

“There are weaknesses that we will overcome, there are independent investigators who will look into safety which we will not compromise, but it should not stop us feeling good about something that we have achieved,” he said.

klia2 is on schedule to be opened on May 2, after having missed a string of deadlines for completion over the past two years.