THE construction sector is undeniably challenging, especially when one is not always the main contractor of a project. Margins for sub-contractors are never as fat, and this is due to the intense bidding competition which has rendered many construction players with slim bottomlines although order books are in the billions. 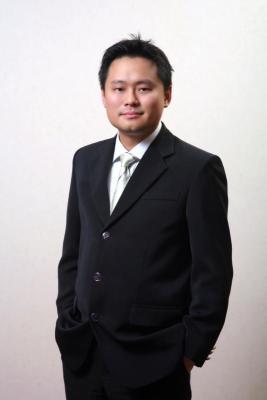 Bina Puri Holdings Bhd has not been spared from this fierce price war, and this is especially obvious in the last few years. Margins were almost famished, at the 1% level. Partially contributing to this was Bina Puri participating in mega projects such as the klia2 and Ampang LRT line extension which saw competitive bidding from many of the big boys.

Bina Puri was recently thrusted into the limelight when Malaysia Airports Holdings Bhd (MAHB) said that it would take klia2 contractors to task for the delayed completion of the airport. MAHB said that it would impose liquidated and ascertained damages (LAD) on the responsible parties.

The main contractors for the klia2 project are UEM Construction Sdn Bhd, a unit of UEM Group, and joint-venture partner, Bina Puri. While the construction project was worth RM997.2mil, Bina Puri’s portion was 40% or about RM400mil. The contract first started in August 2010.

“When we talk about a delay, we also need to ask why there is a delay. Perhaps some decisions were not made. However, the completion of the entire klia2 project should be done by the fourth quarter of this year,” said Tee.

An analyst from Kenanga Research says the klia2 package has been a drag on Bina Puri’s margins and cash flow.

“Going forward, the group will be better positioned to realise more stable margins and larger projects such as its joint venture with Syarikat Prasarana to develop a parcel of land in Brickfields with an estimated gross development value (GDV) of RM1.3bil,” said the Kenanga analyst.

The analyst says that moving forward, completion of the klia2 project will allow the group to execute larger projects as it will be in a better cash flow position. Nonetheless, the analyst is expecting one more weak quarter in the second quarter, due to the timing of the completion of klia2.

Tee says margins for Bina Puri will improve this year, and earnings from its property development segment will contribute to that. Conservatively, Bina Puri is also looking to double its 2012 net profit, which stood at RM5.4mil currently.

The currently-abandoned 4.61-acre site in Brickfields will be developed into 1,660 units of small office versatile office, or SoVo, with three towers, 22 floors of service suites, a commercial podium, a sky bridge, restaurant and car park.

Tee says Bina Puri is targeting to launch the first phase of the project by the first quarter of next year.

Bina Puri’s in-house development projects include the Puri Tower at Puchong, the Laman Vila at Mon’t Kiara, and the Main Place Residence and Mall at USJ 21, all which were launched last year after a 2 year hiatus.

“We did go through a period when we didn’t launch any new property projects. However, we are now starting our property launches more aggressively. Margins from property will be a lot more lucrative compared to construction. We can also expect to see earnings contribution from the property segment this financial year,” says Tee.

Presently, Bina Puri has a construction orderbook of RM1.67bil and a GDV of RM2.4bil for its property projects. In the past, Bina Puri managed to secure some RM1bil worth of new jobs every year, and Tee is expecting to garner at least half a billion worth of contracts this year.

“We have put in quite a few bids, some which are in the final stages of negotiations. To secure at least half a billion worth of projects should not be an issue. We will be having a busier second half,” says Tee.

Power plants provide margins of some 40% and will be quite a significant contributor moving forward.

On the recurring income front, Bina Puri currently has five diesel power plants in Pulau Bangka with a combined capacity of 10 megawatt (MW). The company took control of the power plants in 2010 by acquiring a 80% stake in Indonesia-based power plant owner and operator PT Megapower Makmur via Bina Puri Power Sdn Bhd.

Apart from the construction sector, its other sub-segments demonstrated improvements.

“On a quarterly basis, its revenue declined 14% to RM273.7mil, attributable to slower construction activities in the first quarter which is generally a slower period for construction due to the festive season,” said Kenanga Research.

The power supply division recorded revenue of RM2.3mil from the micro power service to PT Perusahaan Listrik Negara and profit before tax of RM0.9mil compared with the previous corresponding period of RM1.8mil and RM0.8mil. respectively. The improved performance was mainly due to additional micro power plants in operation.

On the corporate front, Bina Puri plans to place out 44.11 million new shares of RM1 each, representing about 30% of its enlarged paid-up capital, to raise up to RM44.11mil for working capital and the repayment of bank borrowings.

It told Bursa Malaysia that it planned to raise RM27.45mil to RM33.01mil for working capital purposes and RM10mil for the repayment of bank borrowings.

It has also proposed to issue 88.22 million free detachable warrants on the basis of two warrants for every one placement share.

Tee says Bina Puri will proceed with this plan once it gets shareholder approval during its AGM this month.