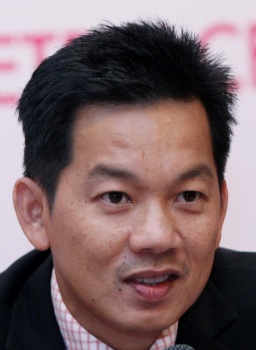 WCT Bhd, one of the contractors which has come out to say it’s not to be blamed for the latest delay in the opening of the new low-cost carrier terminal in Sepang (klia2), will seek compensation from Malaysia Airports Holdings Bhd (MAHB) over the delay, said its head of corporate and finance Chong Kian Fah (pix).

"We’ve done a compilation on the impact of the delay, mainly on finance cost, operating cost and cost incurred on the tenants’ side. Based on our quantification, it’s not that significant?we’ll talk to MAHB to ask for some compensation on the costs," he told a press conference at the second day of Invest Malaysia 2013 here on Friday.

On the amount of compensation it is seeking, Chong said it would depend on how long the project is delayed, but added that it may be "a couple of millions".

WCT is undertaking the construction of the RM530 million Gateway@klia2 integrated complex, which comprises a transportation hub for the Express Rail Link, taxis and buses, a commercial building with a net lettable area of 350,000 sq ft and up to 6,000 parking bays.

"If the opening date (of klia2) can be confirmed by end of the year, hopefully we’ll achieve a tenancy of over 80%. Without a firm date, tenants may have difficulty on timing the fit-out works, the recruitment of staff, buying equipment and inventories," said Chong.

In terms of the completion of Gateway@klia2, Chong said it is "almost there". The builder had earlier said it was keeping to the timeline to handover the project in time for its targeted June 28, 2013 opening.

Meanwhile, he said WCT will re-tender for the Batinah Expressway (package 2) contract in Oman, once the authorities open the tender process.

"We will look at the criteria and we will participate in the re-tender if we comply with the requirements," he said.

WCT had secured the RM1 billion project in Oman last August but the group said the Ministry of Transport and Communications of Oman had cancelled the project without giving specific reasons.