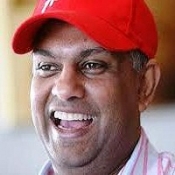 He added that AirAsia’s new office building at klia2 is in the final design planning stage.

"We look forward to move to klia2 as we have outgrown LCCT. But the key for us is to always maintain low operating cost even after we moved to the new airport," he said after the launch of AirAsia’s self-tagging service yesterday. 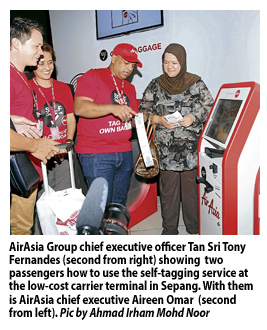 klia2 is on track to open for business next year, as announced by Deputy Transport Minister Datuk Abdul Aziz Kaprawi last week.

The terminal will be managed by Malaysia Airports Holdings Bhd (MAHB), the country’s dominant airport manager.

Meanwhile, AirAsia confirmed it had filed a written representation to the Malaysia Competition Commission (MyCC) within the time specified in the notice that was given to the carrier last month.

"We responded before the deadline yesterday. The next step is for MyCC to respond to us," said AirAsia chief executive Aireen Omar, who did not elaborate further.

MyCC has slapped both AirAsia Bhd and national carrier Malaysian Airline System Bhd (MAS) with a RM10 million fine each last month for infringing on the Competition Act 2010 during the airlines’ short-lived tie-up.

According to MyCC, MAS and AirAsia have "infringed section 4(2)(b) of the Competition Act by entering into an agreement that has as its objective the sharing of markets in the air transport services sector within Malaysia provided by both airlines".

On another note, Fernandes said AirAsia will post "fantastic" results on its third and fourth quarters this year due to its strong load factor, which is driven by low fares.

"Our associates such as Thai AirAsia are also doing well, Indonesia AirAsia is picking up and its market share has grown tremendously while Philippines AirAsia is also growing," he said.

The carrier’s third quarter result is expected to be released by November 20.