The Pudu Sentral, previously known as Pudu Raya, is strategically located at Jalan Pudu, just next to bustling Jalan Petaling that known to many as Chinatown.

Pudu Sentral is also within short distance from the popular “Golden Triangle” – Bukit Bintang area – where you could find many pubs, shopping malls, and restaurants.

Pudu Sentral began operating in 1976. In 2009, it received a well-deserved major makeover, after having been in existence for 34 years, and finally re-opened on 16th April 2011 after a long closure for renovation.

After full-scale upgrading and reopening in April 2011, it mainly serves northern state bound coaches and buses.

On 1 November 2015, 545 of the 635 northbound bus operations at Pudu Sentral were moved to Terminal Bersepadu Selatan (BTS), completing the replacement of Pudu Sentral by TBS as the city’s main express bus terminal.

The new renovation features an expanded waiting area (across three floors) with 1,200 seats and plush carpeting was put in place, among other things. 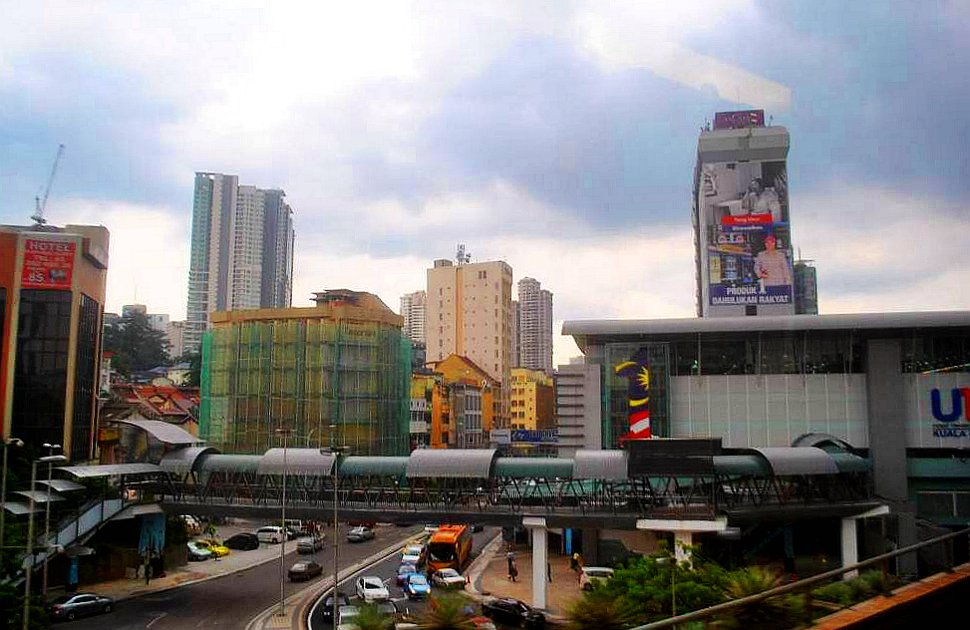 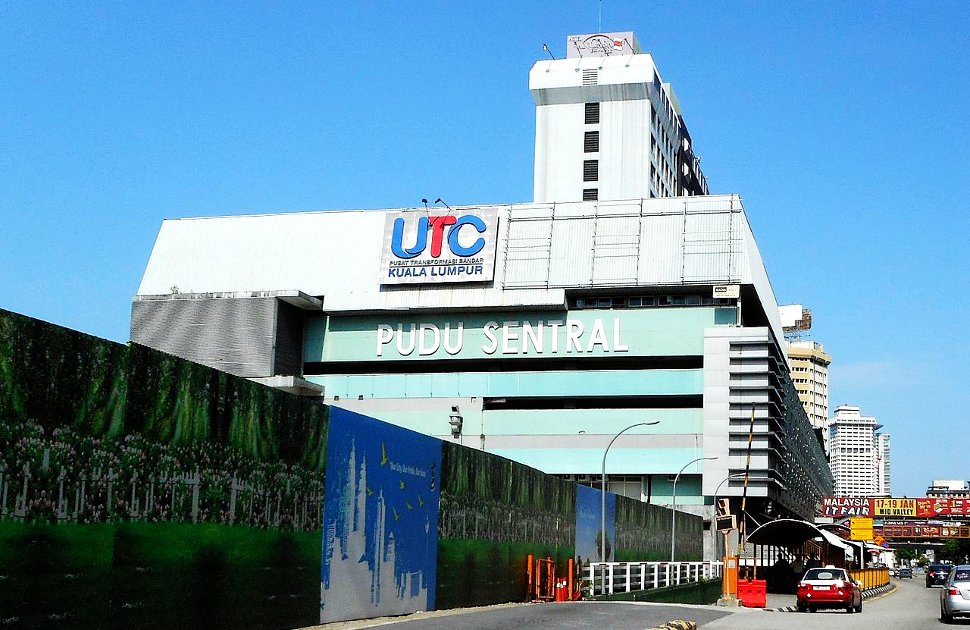 The new Pudu Sentral has three new waiting areas, one on the Mezzanine floor and two more on the first floor.

There are two units of walkalators and disabled-friendly facilities.

There are adequate electronic departure / arrival status screens to keep passengers informed on schedule and timings. 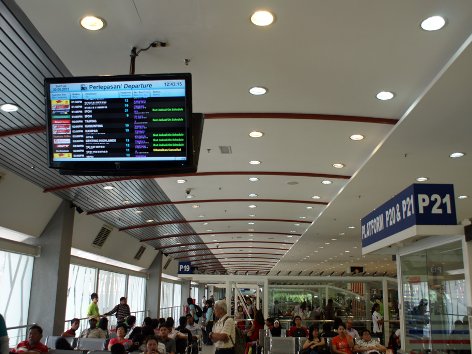 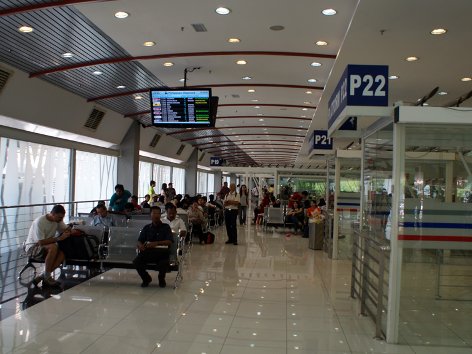 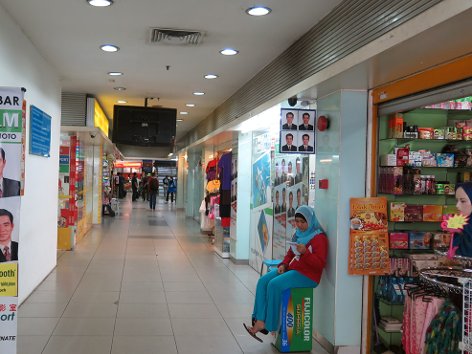 After the upgrade, Pudu Sentral is brighter, cleaner, and more air-conditioning waiting area for commuters while waiting for boarding.

On 23 September 2012, Pudu Sentral was redesignated as the Urban Transformation Centre (UTC) for Kuala Lumpur.

UTC is the initiatives of the Malaysian government to provide urban communities a centralised location for core government agencies, public amenities and services of private sectors.

Nevertheless, buses still continue to operate from this location. 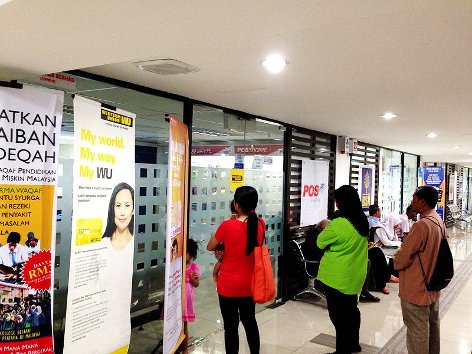 Parking rate for the multi-level car park is RM3.00 for the first hour and RM2.00 for every subsequent hour.

The Puduraya Hotel above the terminal is also being refurbished and now renamed to Ancasa Express Hotel.

Many of the buses here will also use Duta Bus Terminal as a secondary station where passengers can also board and disembark. From klia2 to Pudu Sentral

Bus option 1 – You can take the Star Shuttle bus at the klia2 to go to Pudu Sentral.

The Star Shuttle will stop at MyDin super store which is few minutes walk from the Pudu Sentral. 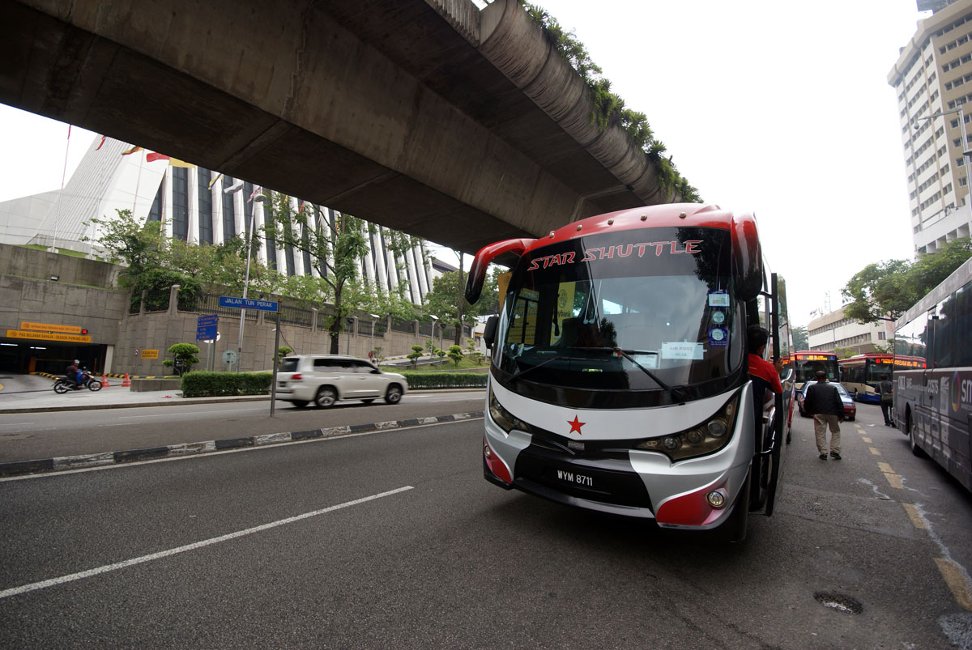 Bus option 2 – You can take the Aerobus, Airport Coach, or Skybus at the klia2 to go to KL Sentral.

At the KL Sentral, you can then take the LRT or monorail train to go to Pudu Sentral. RapidKL LRT – At the KL Sentral, you can take the RapidKL Kelana Jaya Line LRT to the Masjid Jamek LRT station, and then switch to RapidKL Ampang Line LRT to go to the Plaza Rakyat LRT station.

The Pudu Sentral is just few minutes walk away.

KL Monorail – At the KL Sentral, you can take the KL Monorail to either Maharajelala station, Hang Tuah station, or Bukit Bintang station, and the Pudu Sentral is about 20 minutes walking distance away.

Places of attractions near Pudu Sentral

The Pudu Sentral is strategically located at Jalan Pudu, just next to bustling Chinatown.

It is also within short distance from the popular “Golden Triangle” – Bukit Bintang area. 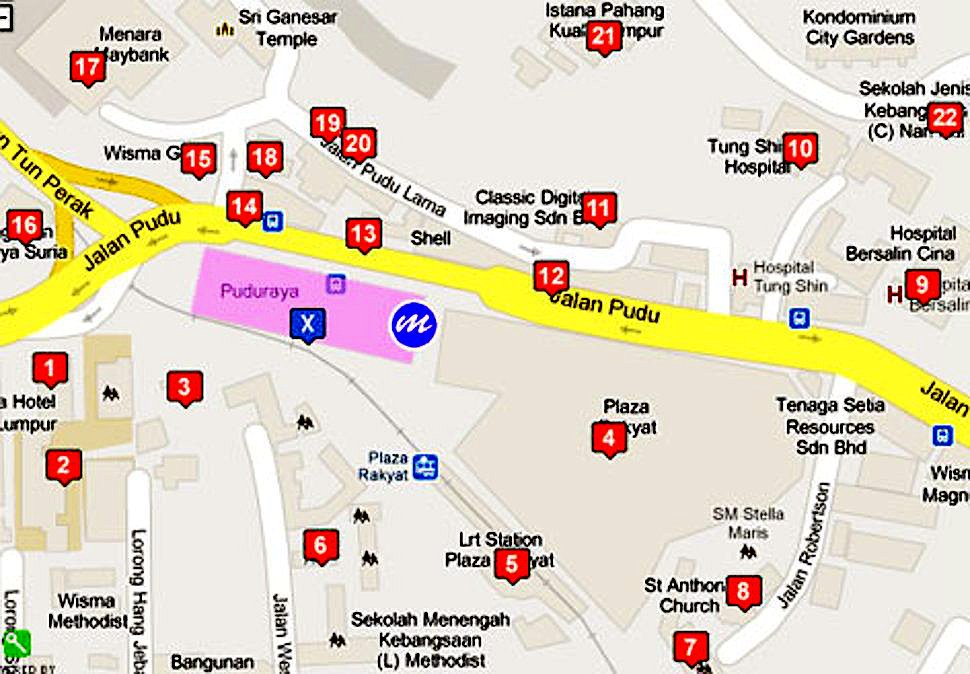 Places of attractions near Pudu Sentral

There are ticketing counters on the first floor.

An e-ticketing system is in the development to integrate with booking system of the operating bus companies at the terminal.

On 1 November 2015, 545 of the 635 northbound bus operations at Pudu Sentral were moved to Terminal Bersepadu Selatan (BTS), completing the replacement of Pudu Sentral by TBS as the city’s main express bus terminal. 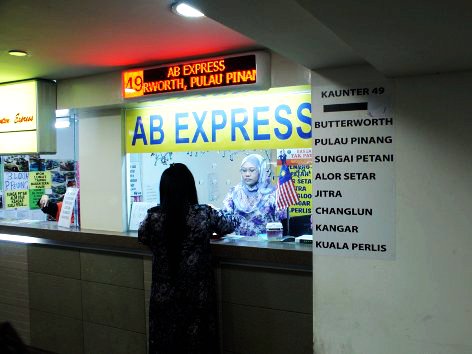 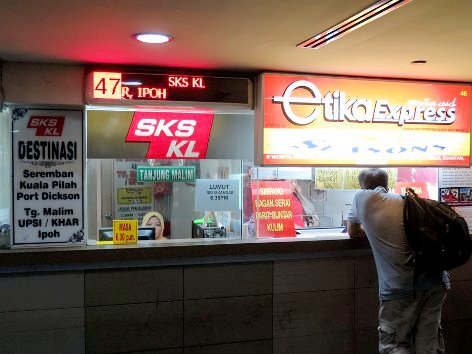 At this terminal, You can find the buses going to the following destinations:

Pudu Sentral remains in use as a terminal for short-distance buses and stage buses.