This ELITE expressway is within the North-South (PLUS) Expressway network.

It is a critical link for the North-South Expressway providing northbound and southbound travelers with an uninterrupted journey bypassing the city congestion in Kuala Lumpur.

It also interchanges with these highways:

The Expressway has the following interchanges that accommodate motorists from other highways to reach KLIA / klia2 easily:

ELITE Expressway is divided into three sections as follows:

Section 1 of the Expressway, which extends from the Shah Alam Interchange (NKVE) to the USJ (Hicom East) Interchange, inclusive of the ramps in (Ebor North) and out (Ebor South) connecting the Expressway to the Jalan Subang-Batu Tiga. 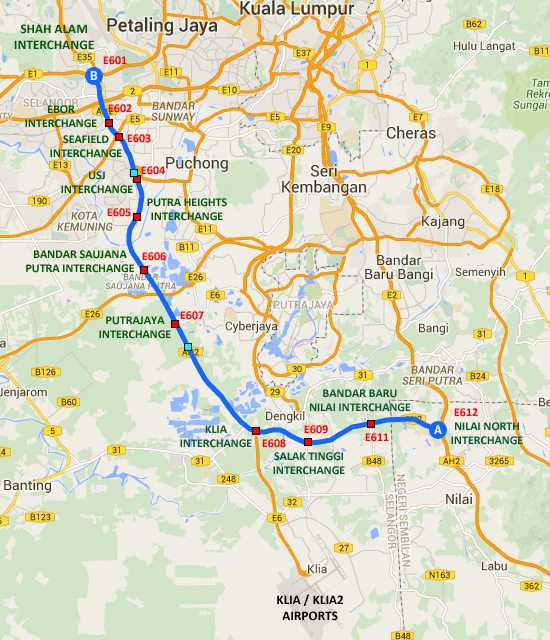 Section 2 which extends from just South of the USJ Interchange to the Nilai (North) Interchange and includes that part of the KLIA Expressway up to the bridge crossing Sungai Langat.

KLIA Toll Plaza is located at the KLIA Expressway.

You can check the toll rate for vehicle class 1 using the tool below: