The Bukit Nanas Monorail station is located at the western tip of Ampang, constructed near and named after Bukit Nanas, where the Kuala Lumpur Tower, a water treatment plant and a forest reserve are situated. It is one of the stations on the KL Monorail service. 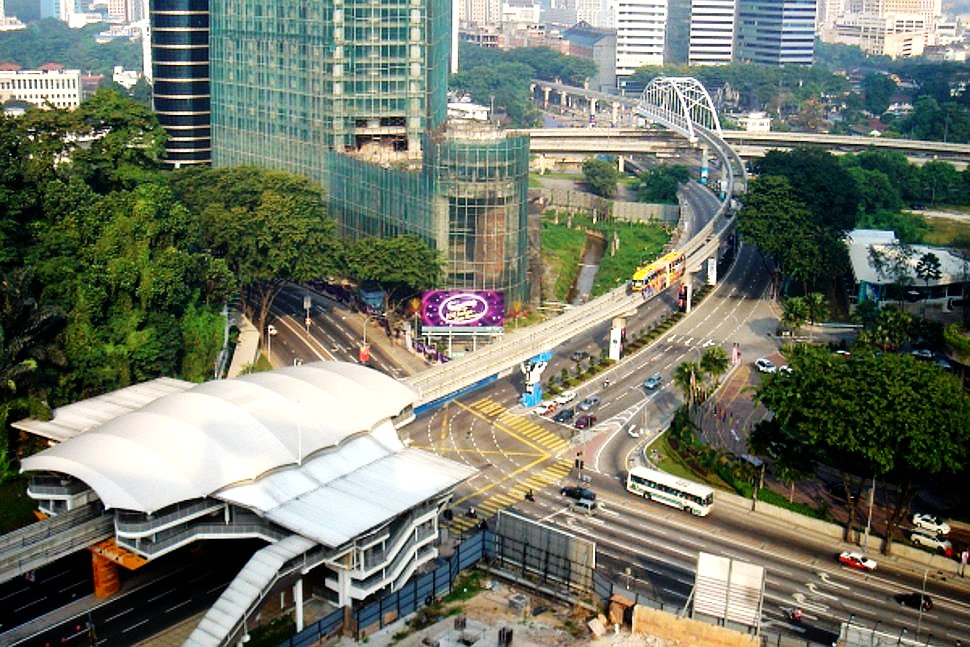 The Bukit Nanas station is a Malaysian elevated monorail train station that serves as a part of the KL Monorail, located in Kuala Lumpur and opened alongside the rest of the train service on August 31, 2003. 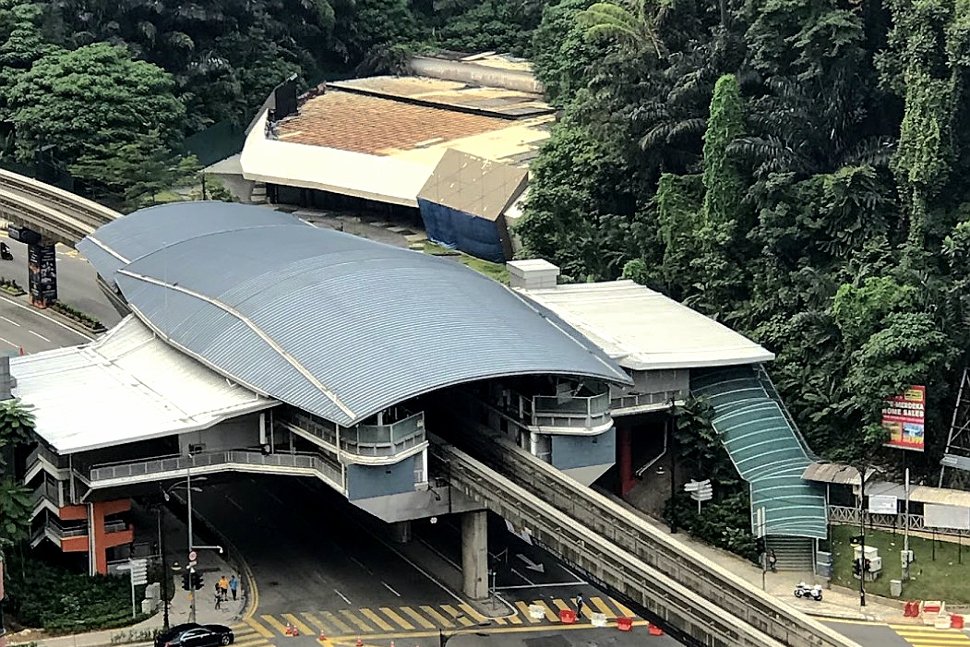 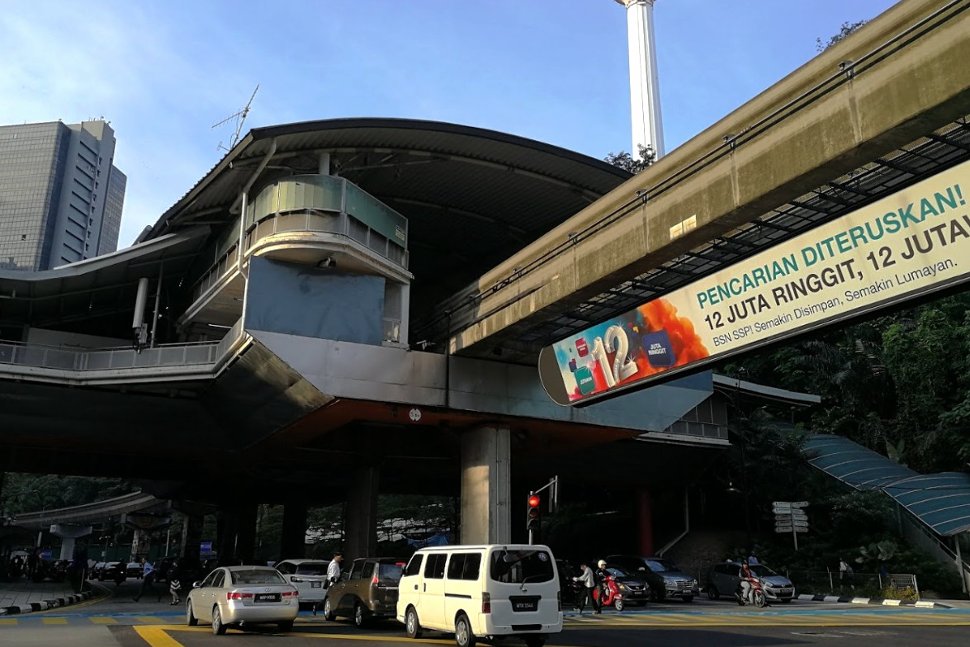 It is located along Jalan Sultan Ismail, one of the premier entry points into central Kuala Lumpur and the station is also situated close to several commercial establishments down the roads. 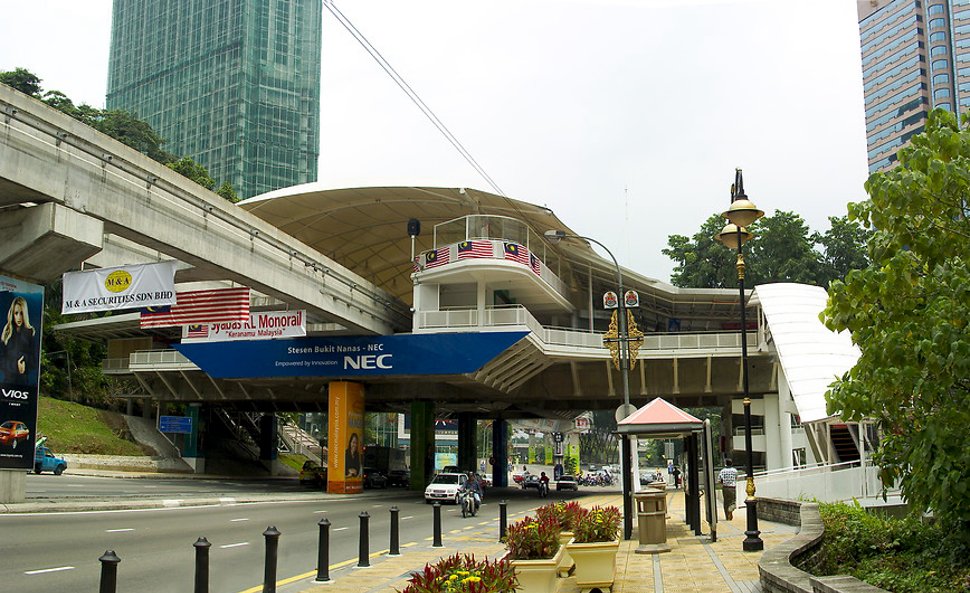 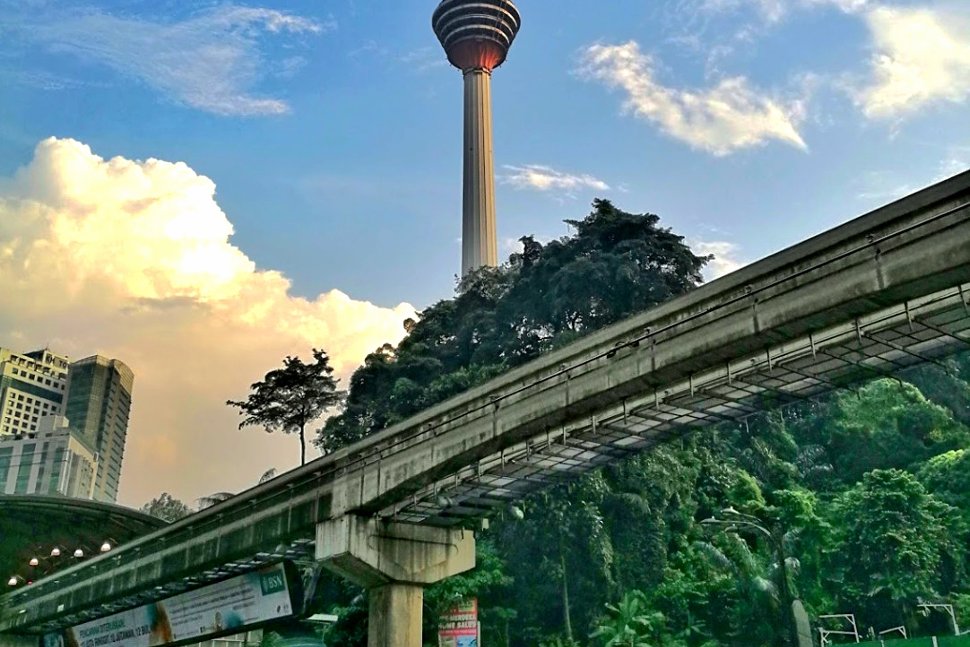 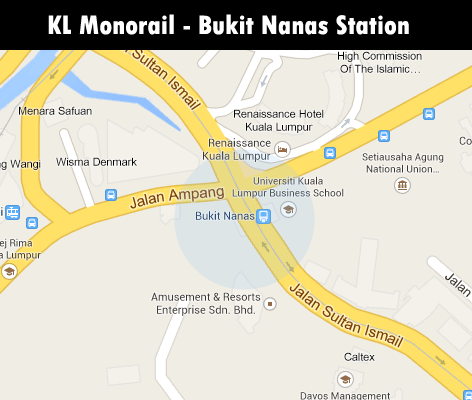 The Bukit Nanas station is located 300m from the Kelana Jaya Line LRT’s Dang Wangi LRT station via foot along Ampang Road; both stations are described by local rapid transit maps as interchange stations between both train services. 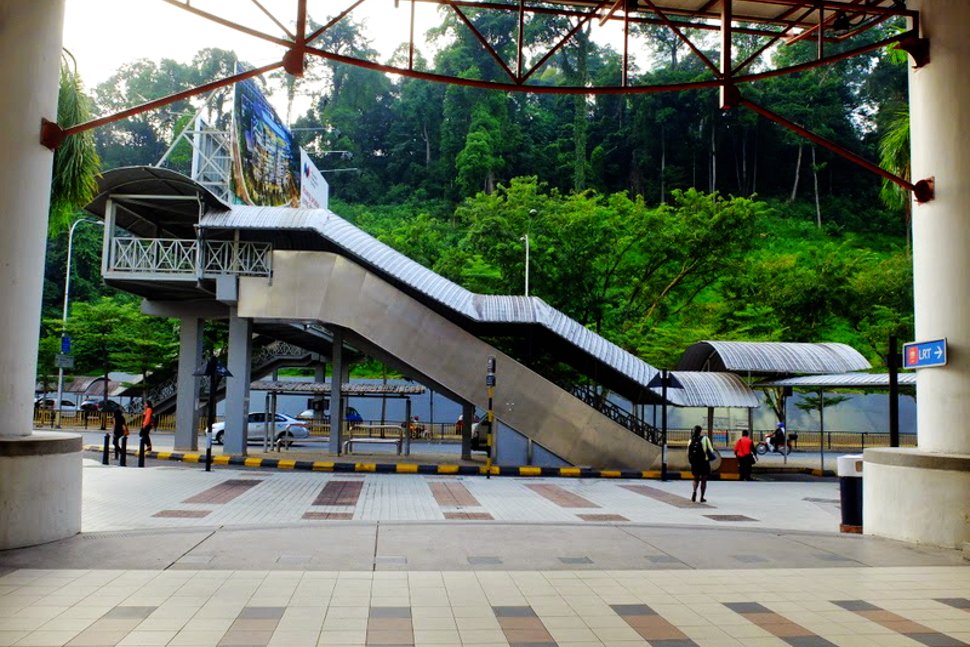 However, you will have to exit the station, walk about 2 minutes to the other station’s entrance, and buy a new ticket to change lines at this interchange. Because of this, covered walkways were erected along the road, as shelter and as a guide to either stations. 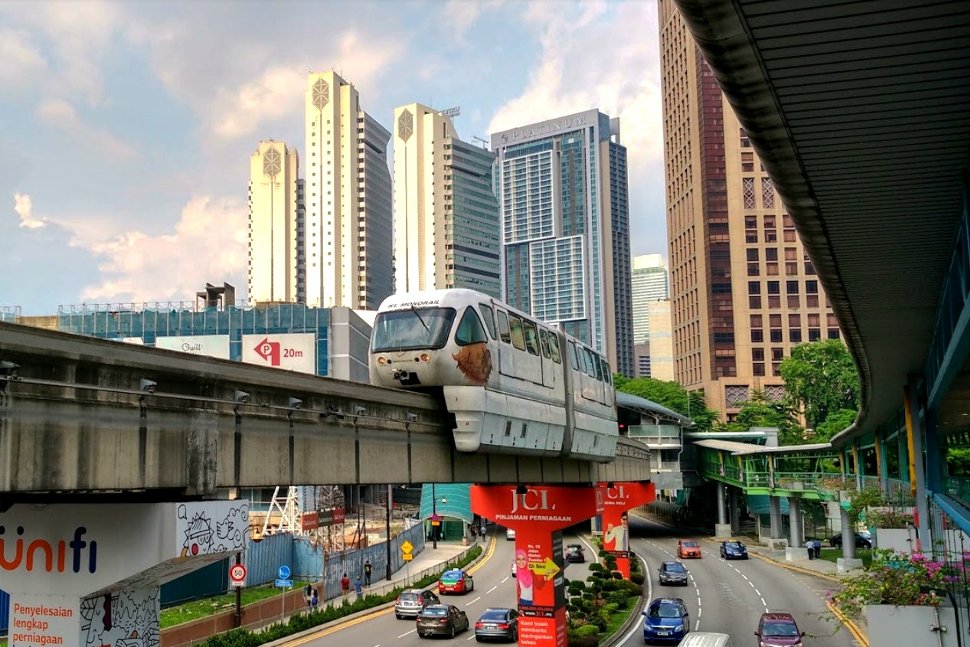 Covered walkway between the monorail and LRT station

Due to its location, the station is typically busy during rush hours as well as public holidays, weekends and school holidays when patrons use the monorail to reach the Kuala Lumpur Tower. 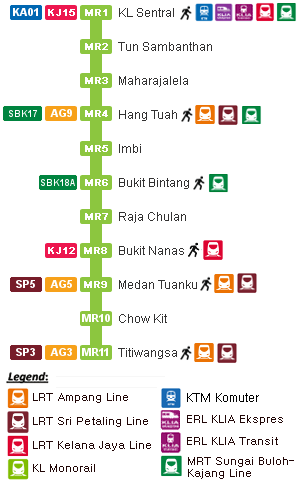 Faregates and customer service office at the station 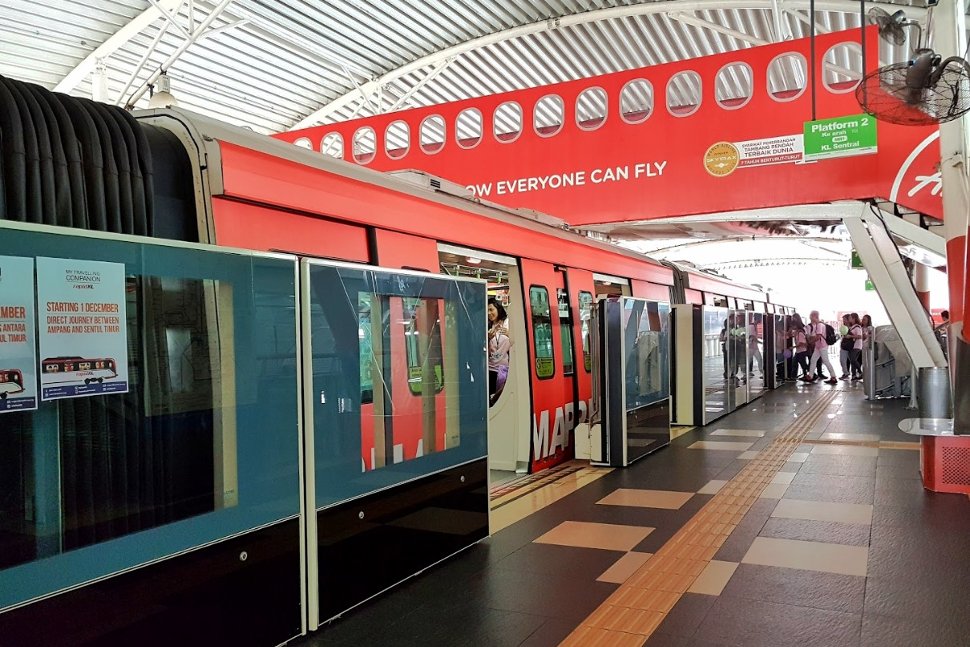 Here are some of the popular hotels near the Bukit Nanas station for your review. 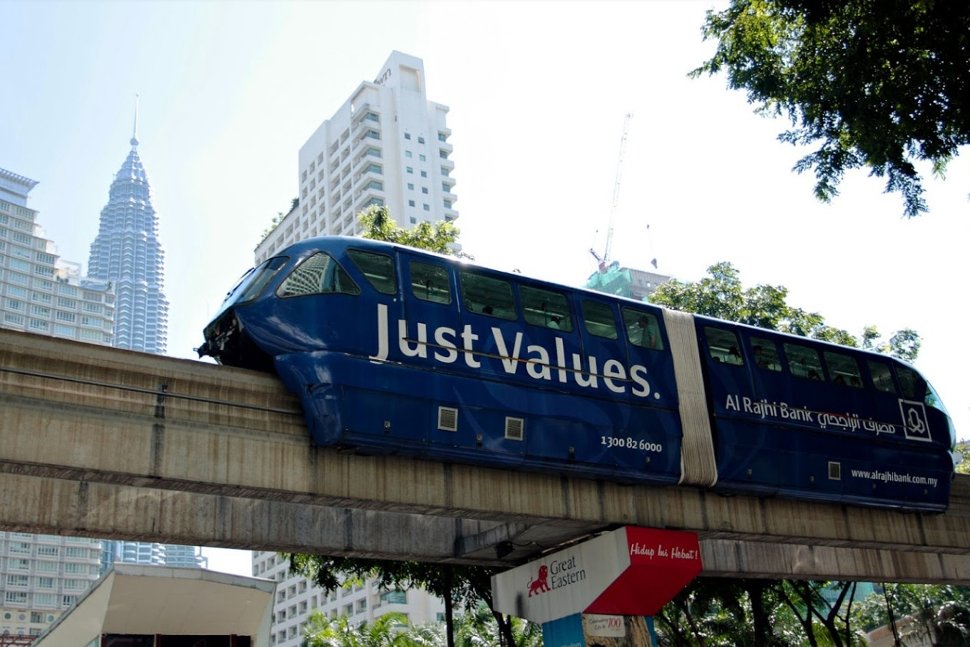