The 14km Butterworth Outer Ring Road (BORR) is a seaside expressway in Butterworth, Penang, Malaysia that connects Sungai Dua in the north until Perai in the south. 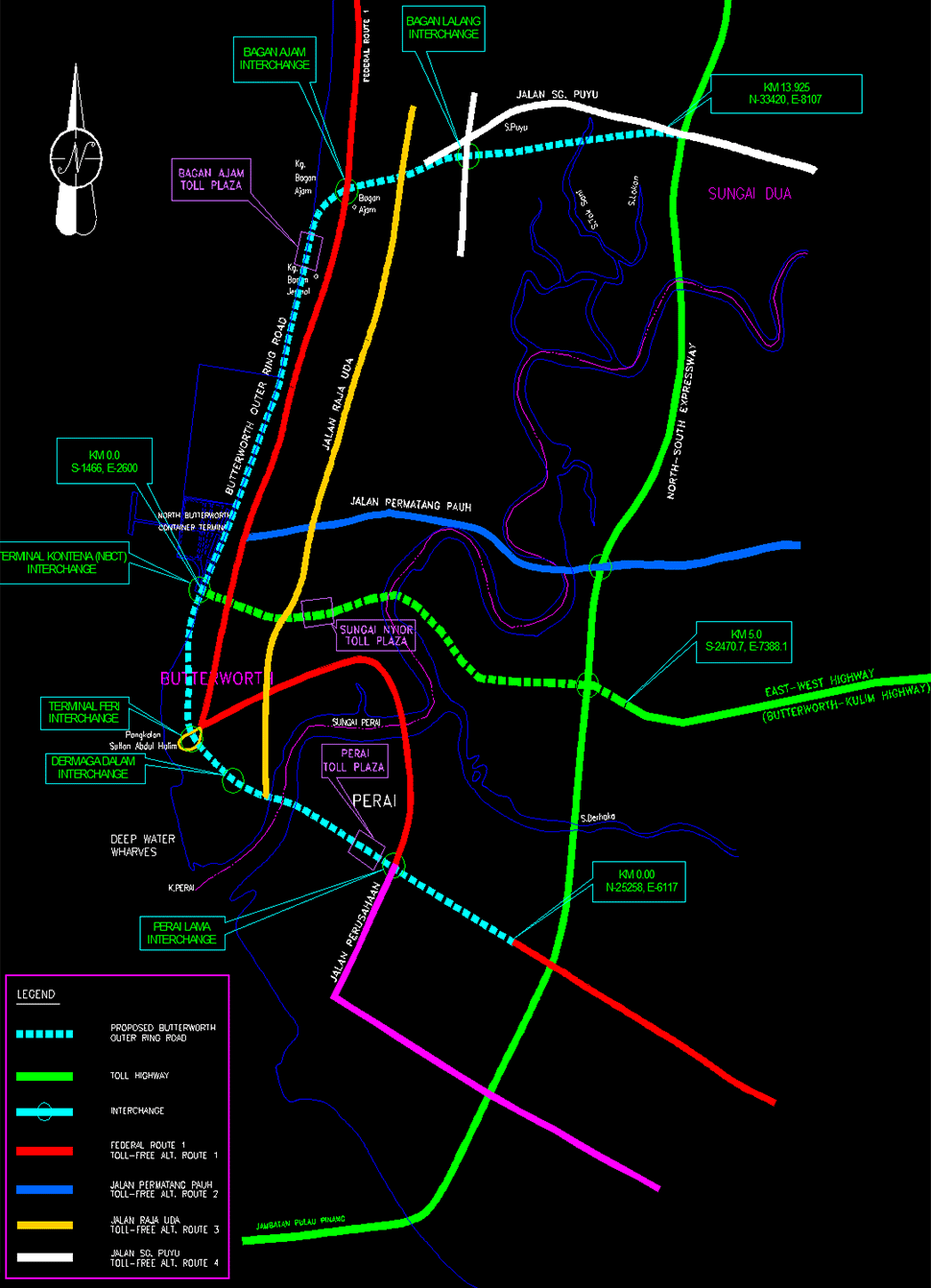 The Kilometre Zero of the expressway starts at Sungai Dua Interchange. The Penang Megamall is located end of the highway. It is a 6-lanes line and it is also the connecting highway to the Malaysia Federal Route 1. 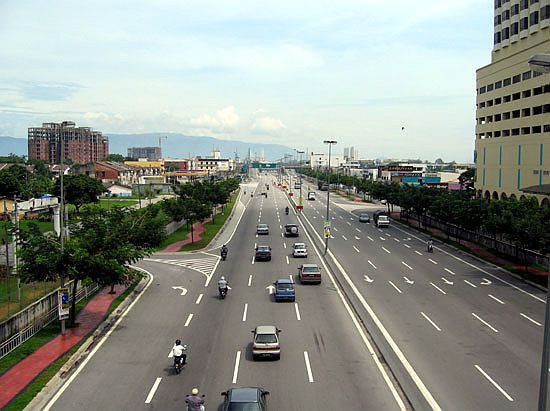 This highway is built to reduce the heavy traffics on the Sungai Dua-Juru North-South Expressway (PLUS) at the rush hours and peak seasons. Nowadays it is also an important access road for the Raja Uda’s people to Perai and Megamall.

The people of Raja Uda can travel half of the highway to the Sunway Carnival Mall. Along the highway, motorists can reach the ferry terminal from both bounds and cross over to Penang faster. The Penang Bridge is always in heavy traffic as it is the cheapest link to Penang. 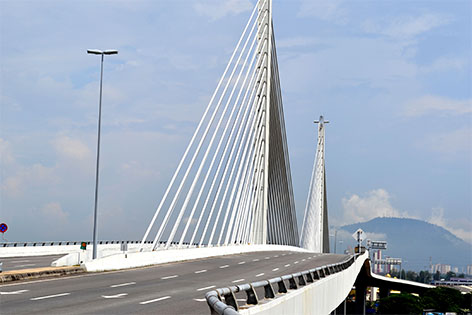 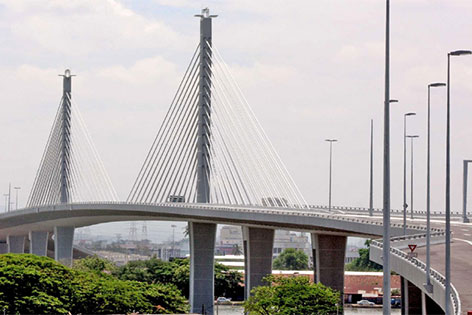 The BORR serves two ports namely the Deep Water Wharves and North Butterworth Container Terminal. It provides a separation between local town traffic and heavy commercial traffic, impetus and generation of economic activity for future development of Butterworth town and transformation of Butterworth landscape from backwaters of Penang into a modern vibrant city. 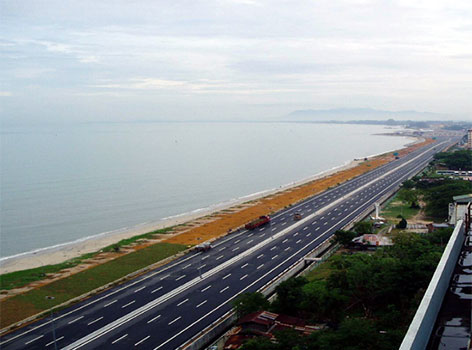 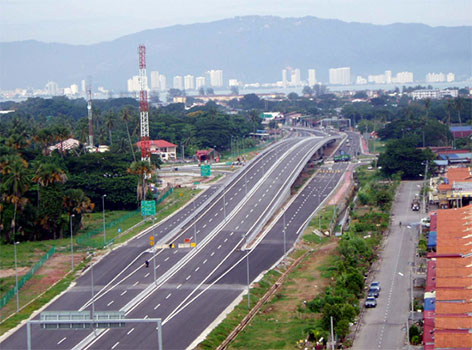 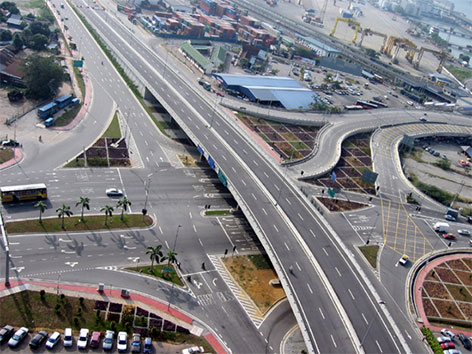 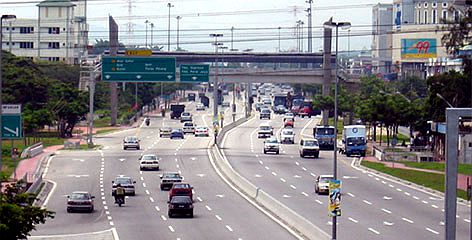