Syarikat Prasarana Negara Berhad (Prasarana), owner and operator of the RapidKL LRT services, has announced that the Stage 1 of the Ampang LRT Line Extension Project (LEP) will begin next October from Seri Petaling to Bandar Kinrara.

“The Ampang Line extension will be completed in stages with the first stage to cover the first four stations by October 30, 2015,” Zulkifli told reporters at a special visit to CSR Zhuzhou Electric Locomotive Co. Ltd (CSR) here to witness the unveiling of the first set of six-car train procured by Prasarana for the project.

The second stage would be covering the remaining stations and scheduled for operations at the end of March 2016. The extended Ampang Line will have 11 stations, while the extended Kelana Jaya Line would have 12 new stations.

Prasarana is purchasing 50 new sets of six-car train from CSR including 30 sets to replace the current fleet, which have been in service since 1996.

Zulkilfli said the new train sets, which meet the latest international safety standards, would be equipped with universal access features including six compartments for wheelchairs.

The train operation system has also been upgraded to automatic train system with attendant. In addition, the trains would be equipped with dynamic route display map, on-board CCTV and LCD infotainment screen. 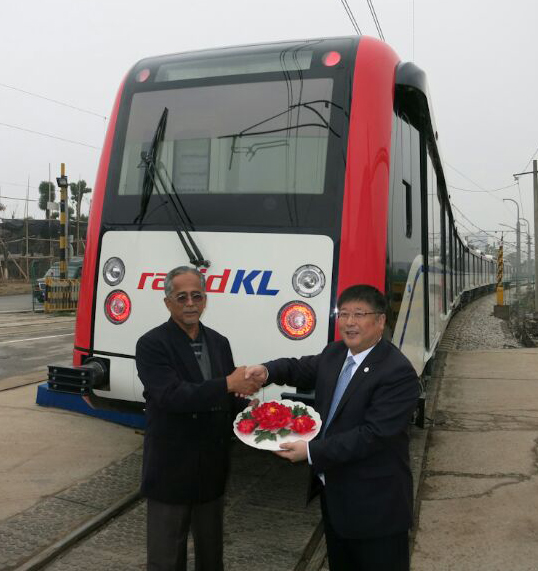 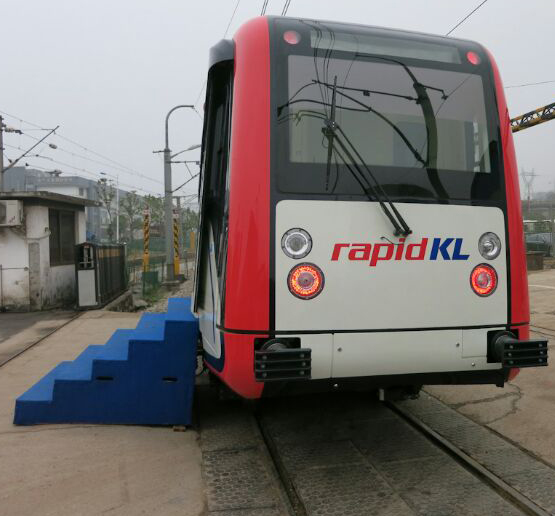 “The first set is scheduled for delivery to us in Quarter 4 0f 2014,” Zulkifl said, adding that testing and commission would commence upon arrival and that the sets would be delivered in batches.

In addition to media members, the visit was also attended by Prasarana Board member Datuk Nor Azmal Mohd Nazir and Encik Azrin Abdul Majid, an alternate Director for Prasarana.

Ampang Line currently serves some 200,000 passengers daily and is expected to increase the ridership to more than 400,000 with the Line Extension Project (LEP).