The Pandan Jaya LRT station is is situated in and named after the Ampang Jaya locality of Pandan Jaya, and is within walking distance of the village of Kampung Kerayong to the west and the localities of Taman Shamelin Perkasa, Taman Maju Jaya and Taman Cheras Indah to the south.

The Pandan Jaya LRT station is a Malaysian at-grade rapid transit station situated near and named after Pandan Jaya, in Ampang Jaya, Selangor.

The station is part of the Sri Petaling-Ampang branch of the Ampang Line LRT. 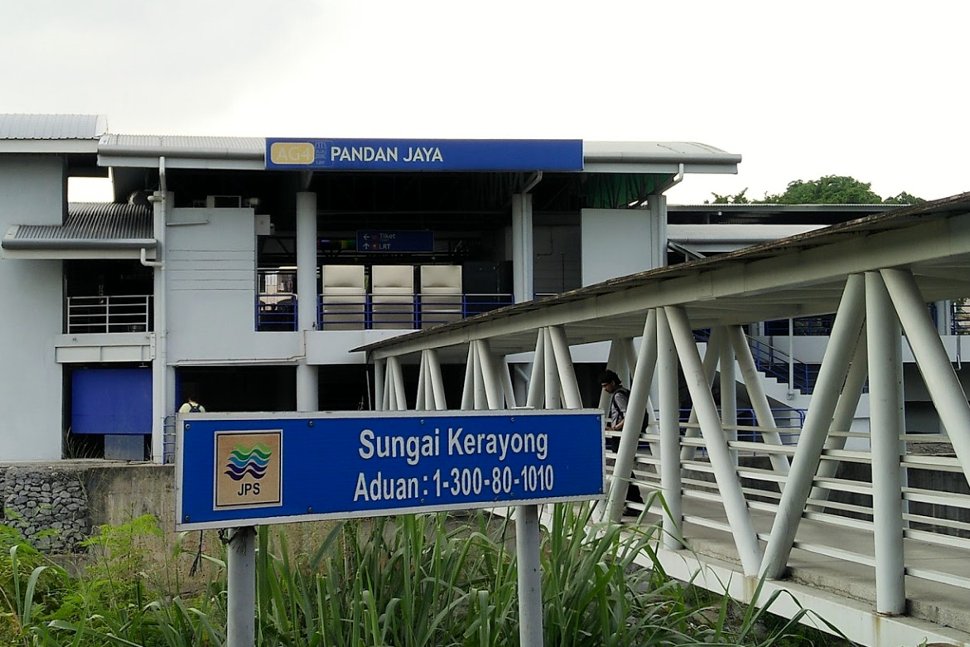 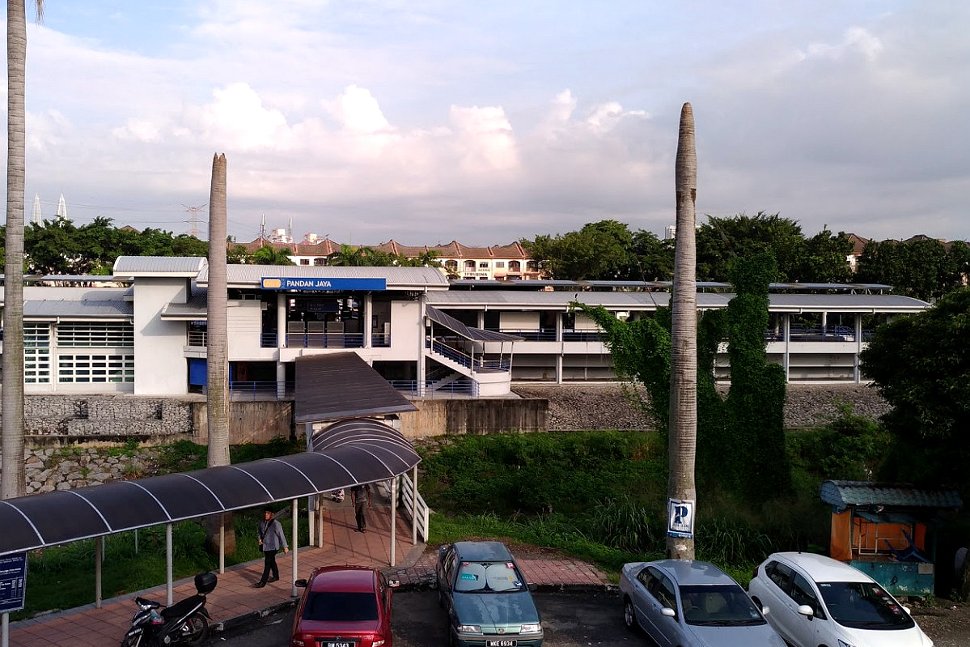 The Pandan Jaya station shares a similar name with the neighbouring Pandan Indah LRT station 1 kilometre northeast, leading to some confusion among passengers.

Overall, the Pandan Jaya station was built as a low-rise station along two tracks for trains traveling in opposite direction.

The station is nearly at-grade and features two side platforms, the station designates separate ticketing areas for each of the station’s two platforms at their level, and because there are no pedestrian bridges to link the two platform access to trains traveling the opposite direction is not possible without leaving the pay-area. 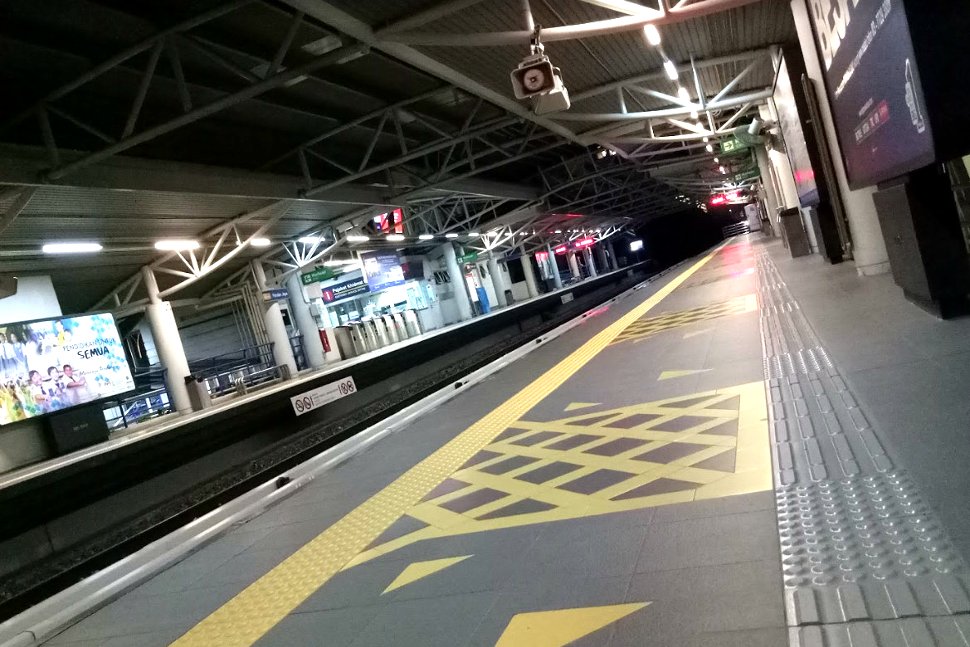 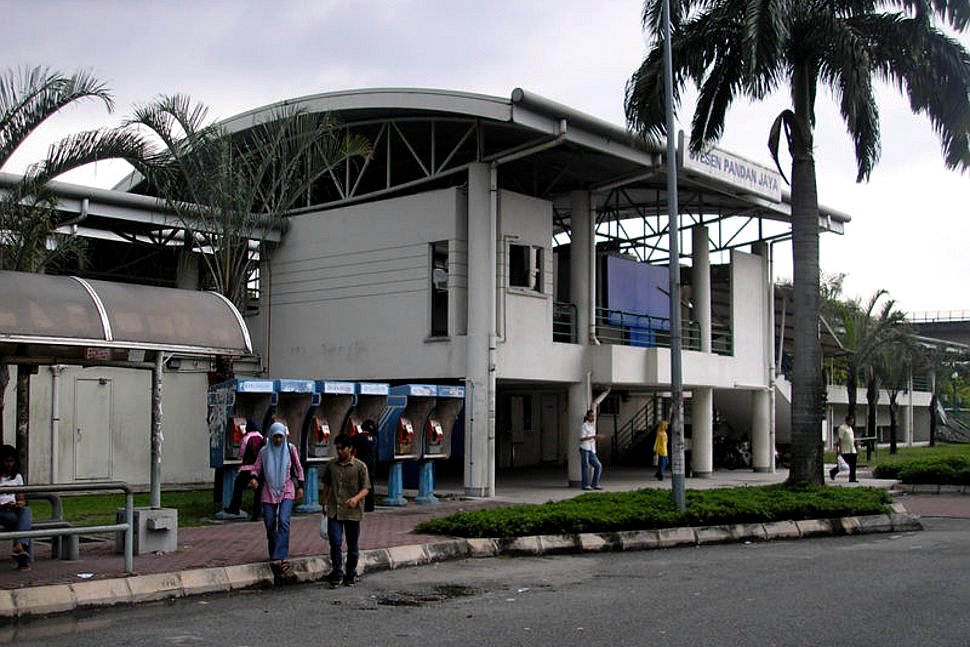 The station also serves as a public crossing across the Ampang Line tracks between localities at both sides of Kerayong River via a walkway running underneath the tracks and platforms.

Because stairways are only used to link street level with the station’s ticket areas and platforms, the station is not accommodating to disabled users.

The LRT station is within walking distance of the village of Kampung Kerayong to the west and the localities of Taman Shamelin Perkasa, Taman Maju Jaya and Taman Cheras Indah to the south. 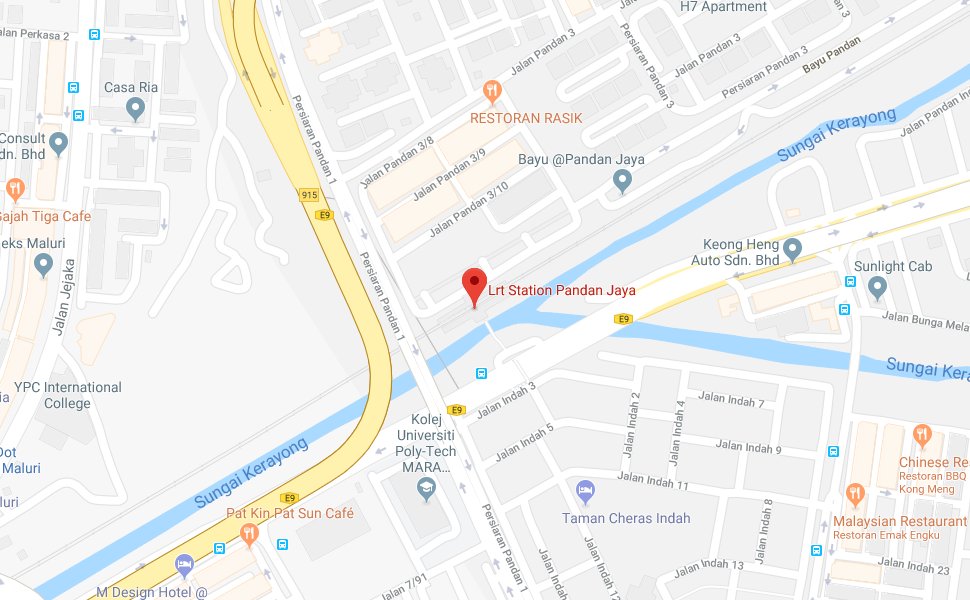 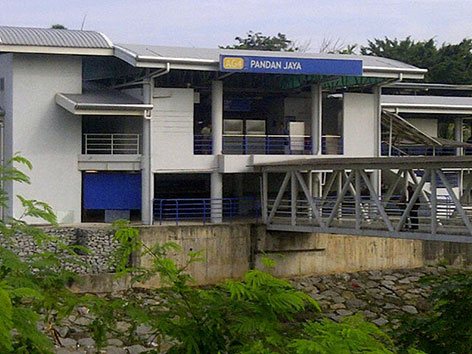 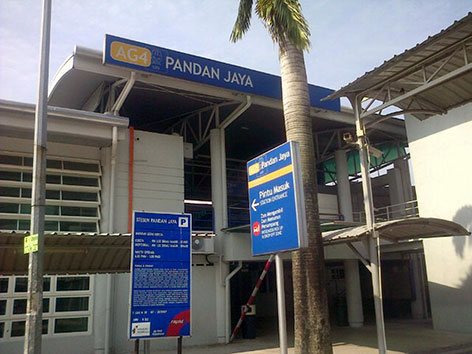 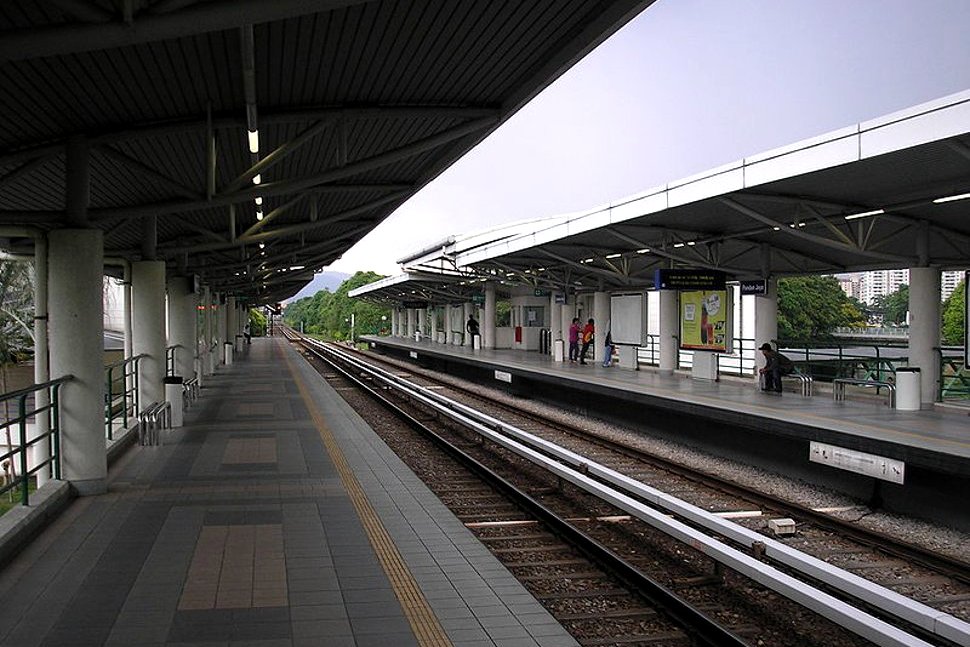 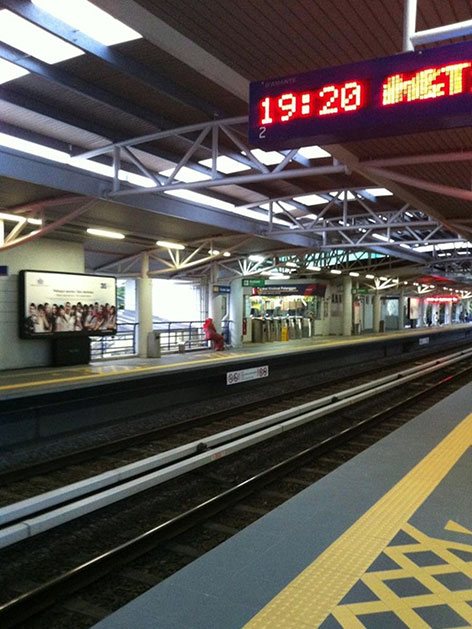 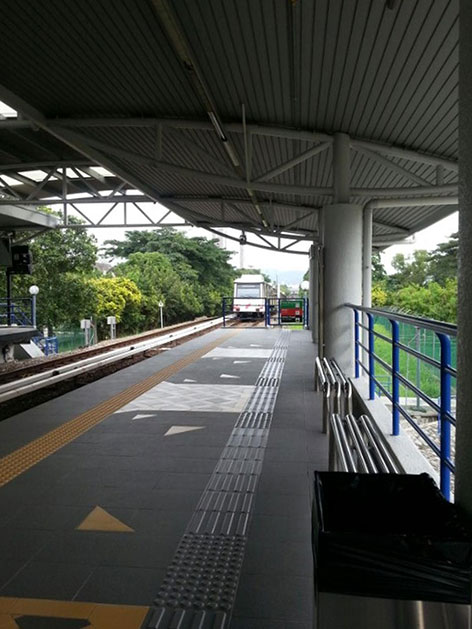