The Putra KTM station is a Malaysian commuter train halt in Kuala Lumpur named in part after the Putra World Trade Centre located nearby.

Putra KTM station is located within walking distnace to the obsolete Putra Bus Terminal (closed on 1 December 2014) and the PWTC LRT station.

The Putra station halt forms part of a common KTM Komuter railway line shared by both the Rawang-Seremban Route and the Sentul-Port Klang Route.

The Putra KTM station has two side platforms at either side of two electrified railway tracks. 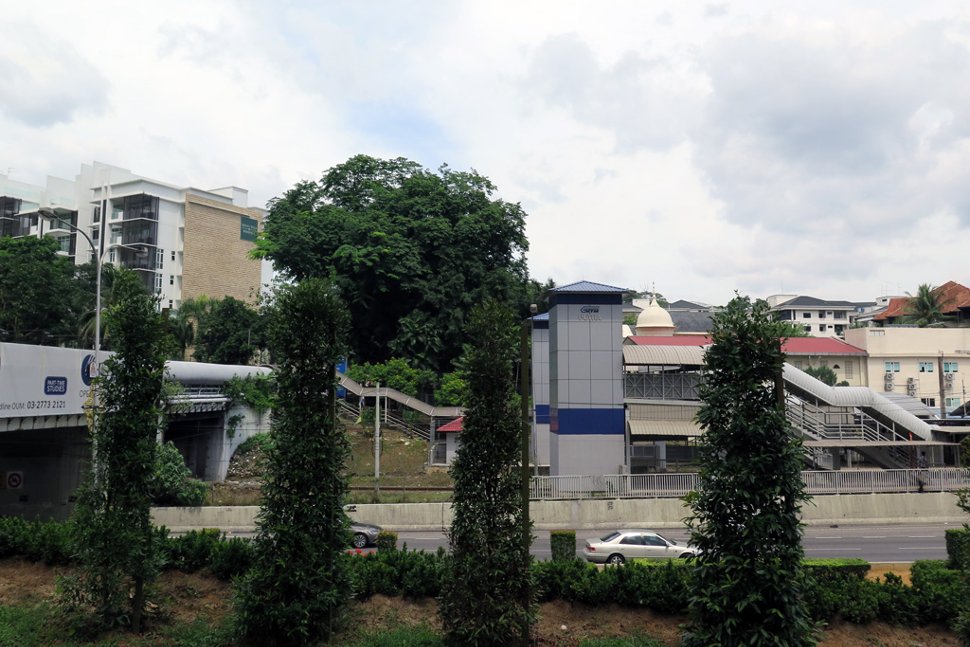 Because of its specific use as a Komuter stop, Putra station is merely a designated halt with a single two-room building housing limited staff members, and originally designed to offer only ticketing services, including both manual and ticket vending machines, and fare gates.

The halt is also the northernmost station in the KTM Komuter network where trains from both the Rawang-Seremban Route and the Sentul-Port Klang Route stop.

A footbridge was included to link both platforms.

Due to its location close to a major roadway (Jalan Kuching), the halt also features one unusually narrow platform.

The halt underwent upgrading of a platform canopy in mid-2007. 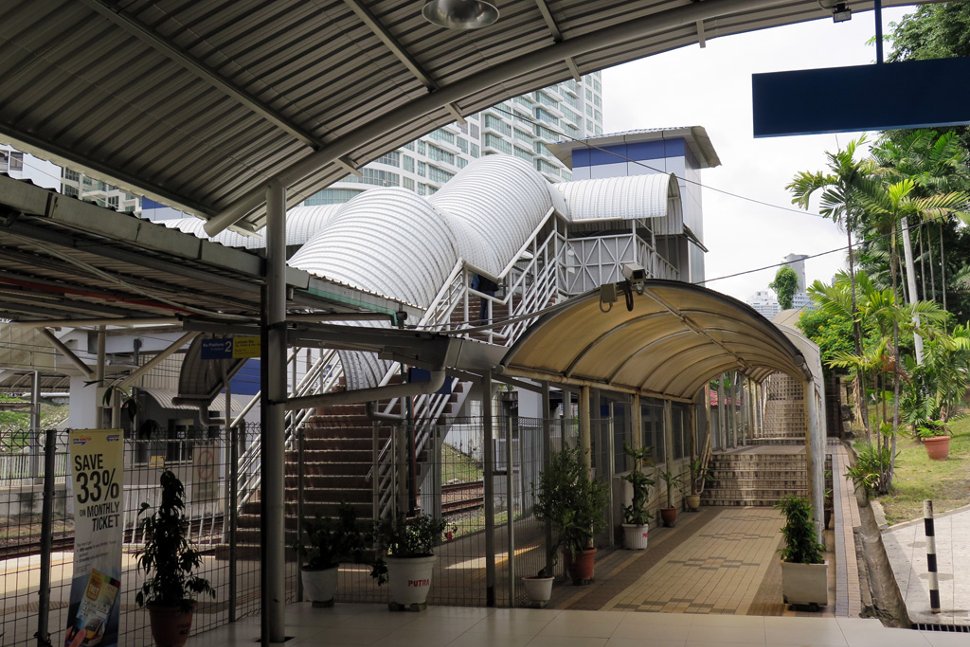 Covered walkway to the station 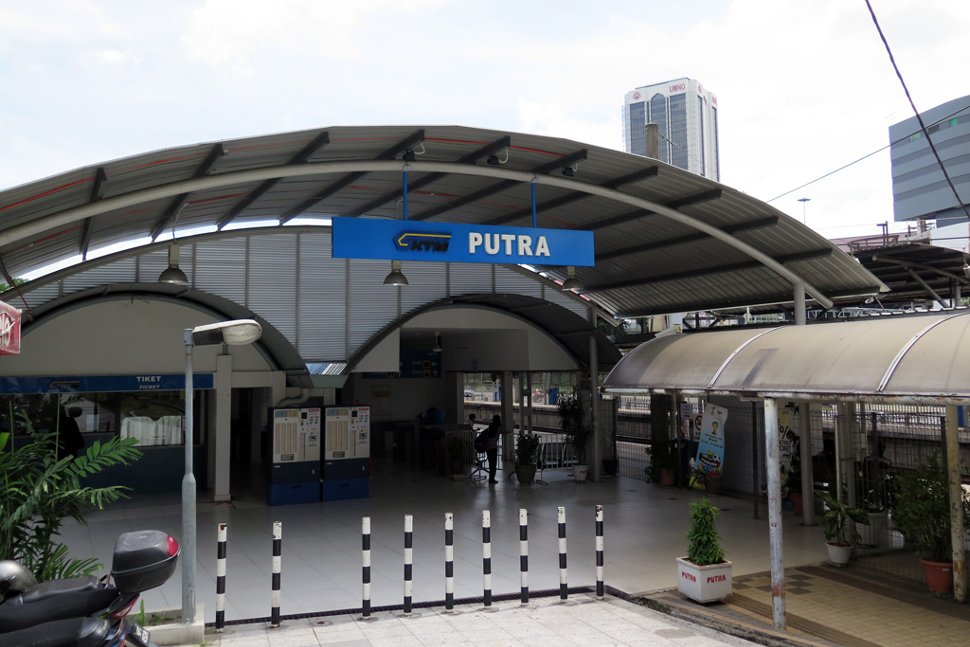 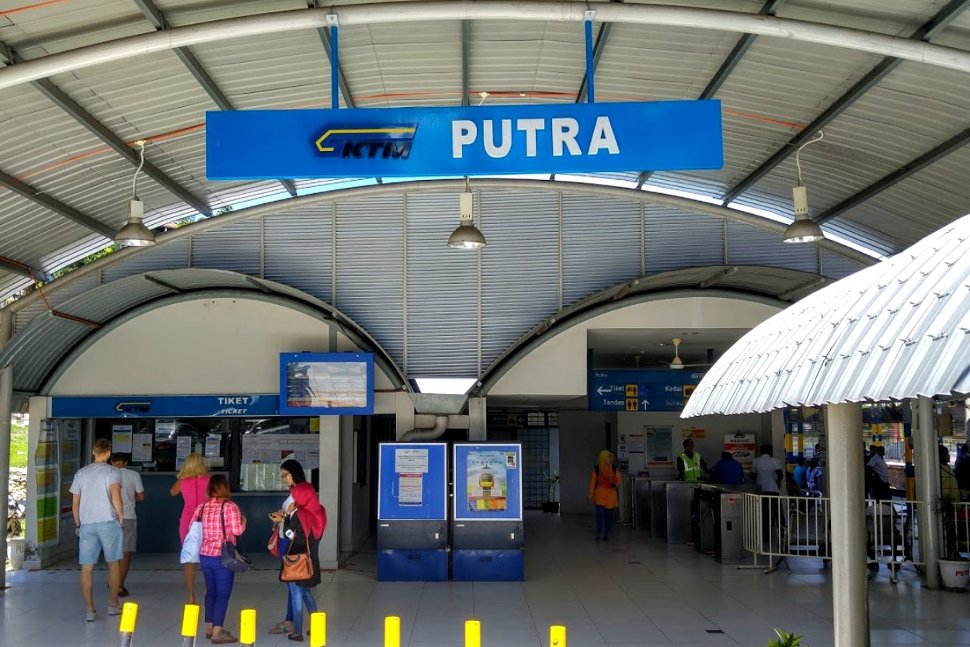 The station is located near the Putra World Trade Centre. It is also located within walking distnace to the obsolete Putra Bus Terminal and the PWTC LRT station. 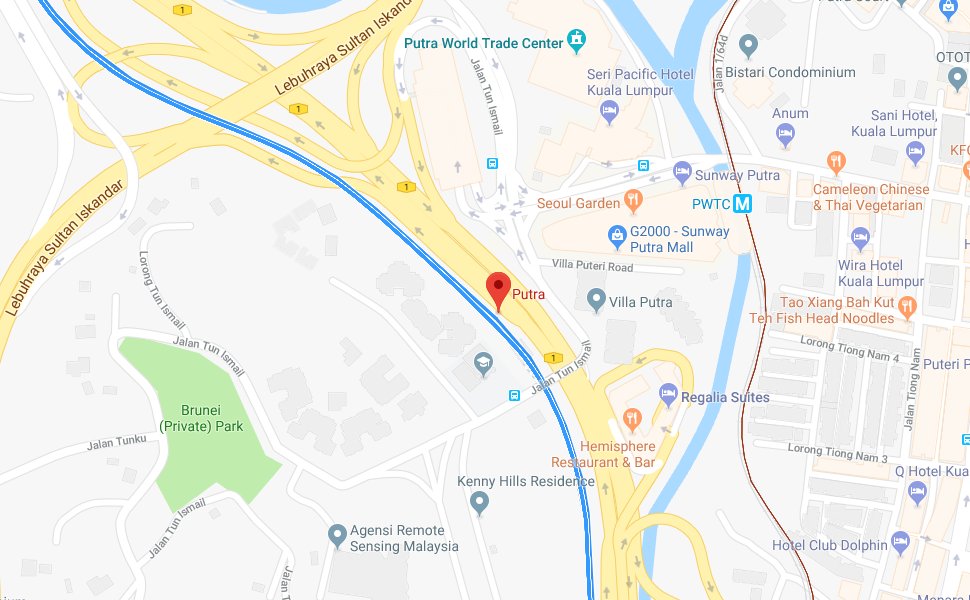 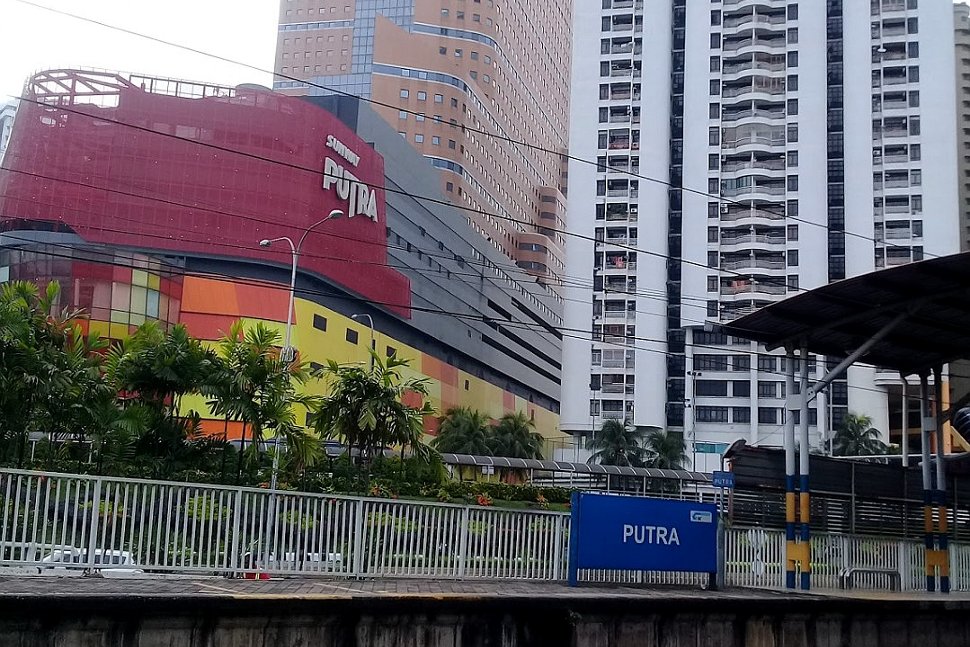 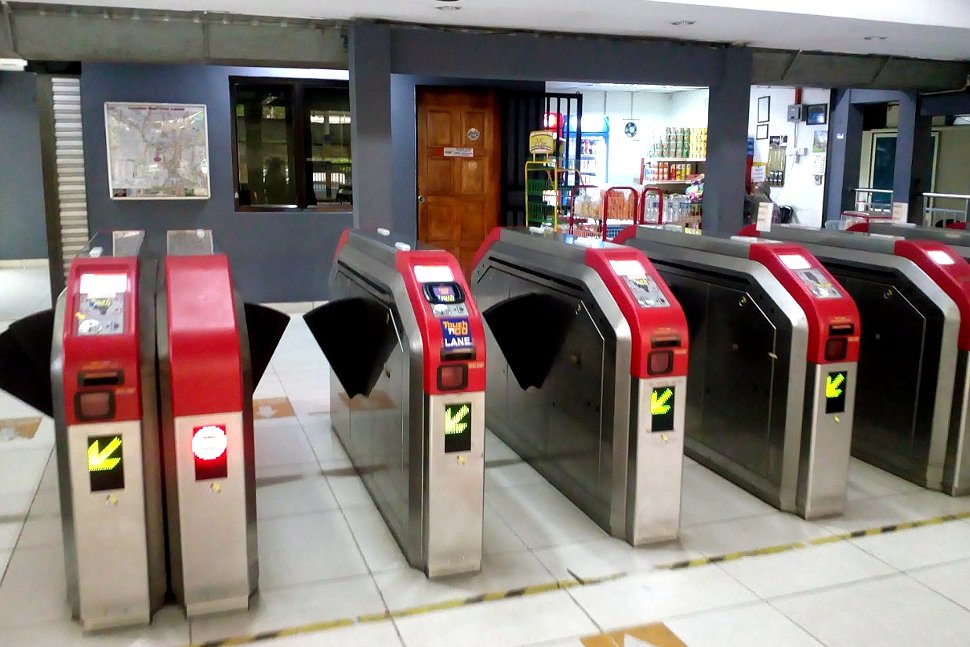 Passengers waiting at the platform View from the station 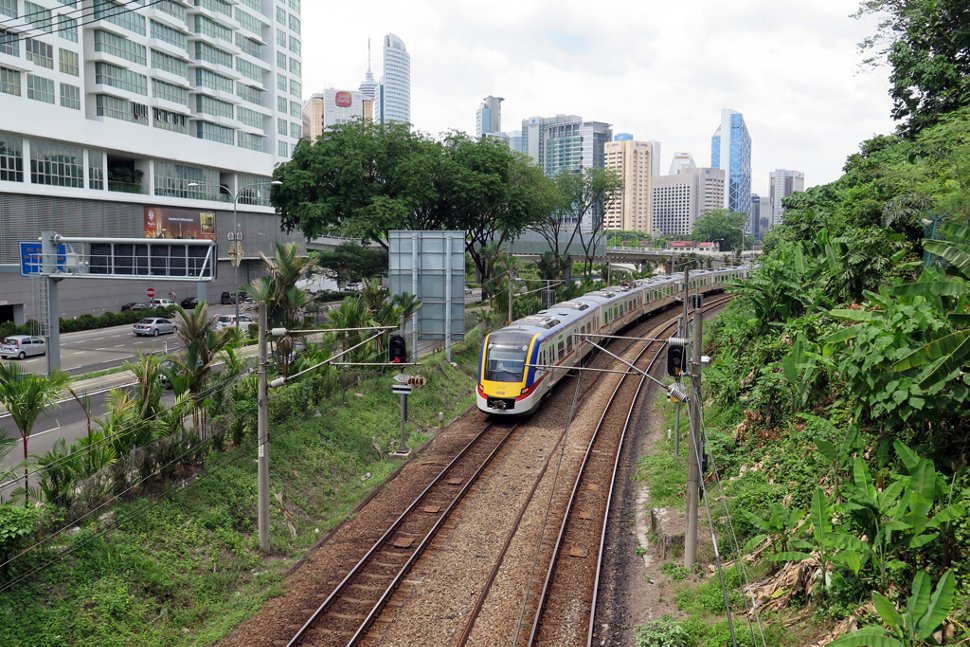 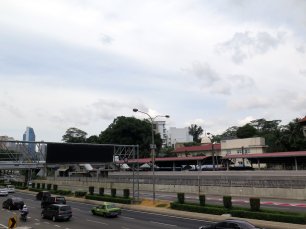 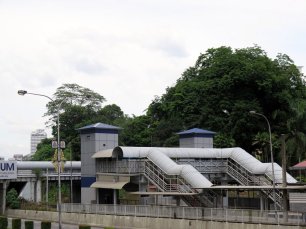 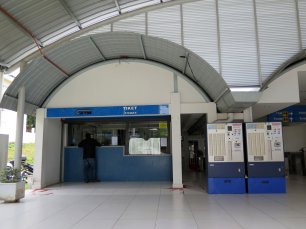 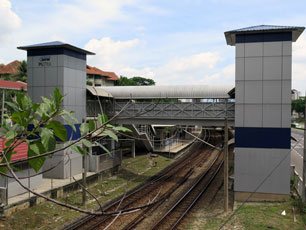 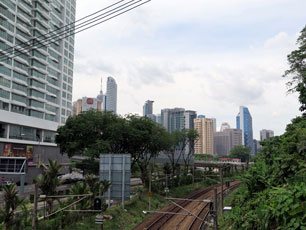 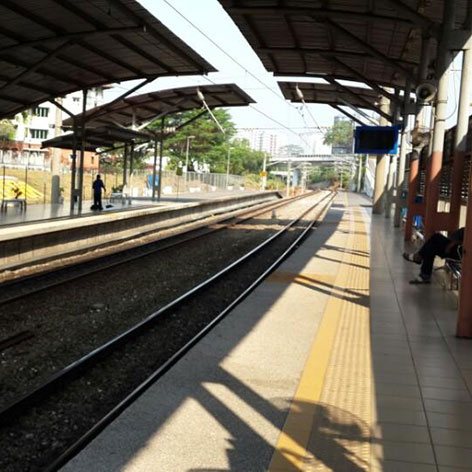