Keretapi Tanah Melayu Berhad (KTMB) Komuter passengers want the company to improve its service in line with the fare increases, which will come into force on December 2.

They feel KTMB should increase the frequency its services, especially during peak hours, in addition to improvement to the facilities, including toilets, at its stations.

Izyan Hanim Ibrahim, 20, who commutes from Gombak to Universiti Kebangsaan Malaysia (UKM), said the commuter fare increase was not commensurate with the services provided. 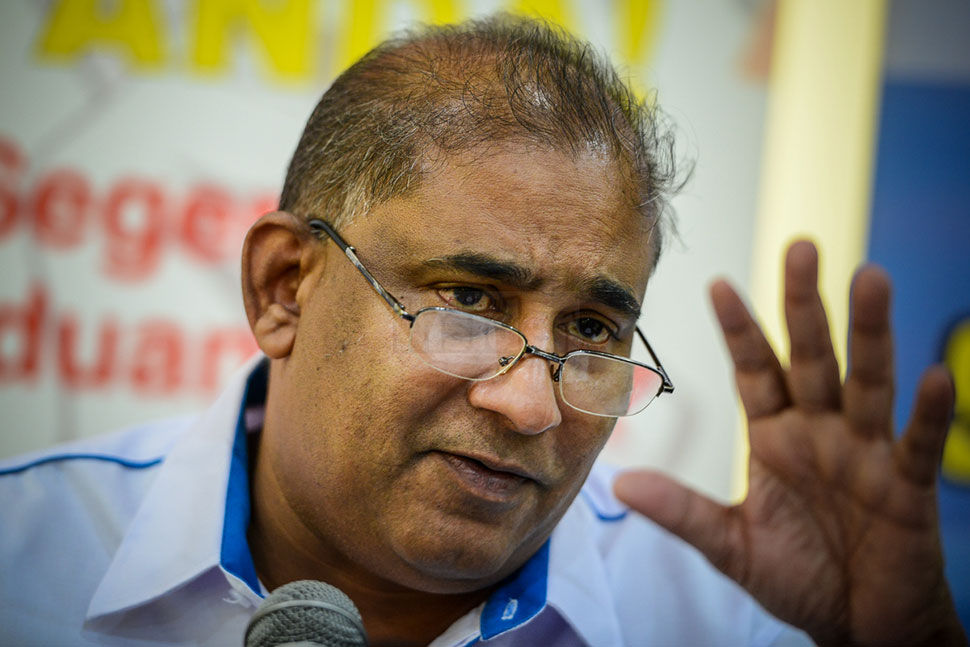 Federation of Malaysian Consumers Associations president Datuk N. Marimuthu said if KTMB wanted to increase its fares, then it should also improve the quality of service. – The Malaysian Insider file pic, November 3, 2015.

For private sector employee Mohamad Ridwan Ahmad, 32, the price increase did not affect him much because he felt it was still low compared to other modes of public transport.

“However, I agree with other users that KTMB should ensure that the services provided are on a par with public transport provided by other companies like RapidKL.

“KTMB should provide basic facilities such as upgrading of public toilets, prayer rooms, adding lanes for cashless ticket payment (Touch ‘n’ Go) and having auxiliary police at every stop,” he said.

For Nurul Ain Yaakop, 26, who mainly used the service to commute from Rawang to Shah Alam, the increase seemed inappropriate, with the ever increasing cost of living faced by the public.

“The increase should be in line with the enhancement of services, it should not remain stagnant… ensure that users are happy using the service,” she said.

He said the new fare imposed was not on par with the quality of service provided by KTMB, especially in terms of safety and comfort.

Muslim Consumers Association of Malaysia chief activist Datuk Nadzim Johan said KTMB should instead reduce its operating costs, given that it was not meant to be a for-profit company.

“In fact, we want KTMB to give discount to users who truly needed the service,” he added. – Bernama, November 3, 2015.