A DAP MP has demanded Transport Minister Liow Tiong Lai to explain why he allowed the "daylight robbery" by not stopping KLIA Express from increasing its one way fare to KLIA from RM35 to RM55.

DAP Serdang MP Ong Kian Ming said the KLIA Express has seen an estimated increase of 40 percent in ridership since the opening of the KLIA2 extension, so much so that six new train units were ordered at the end of 2014. 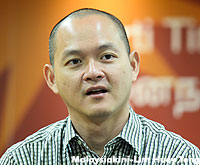 DAP Serdang MP Ong Kian Ming
The rise in ridership would surely have increased the revenue as well as profits of KLIA Express, added Ong (photo).

"In addition, I want to remind the public that the cost of constructing the KLIA2 extension, which was RM100 million, was paid for totally by the government.

"This means that KLIA Express gets to enjoy the monetary benefits of the increase in ridership without having to spend any additional capital expenditure," he said in a statement.

It was announced yesterday that the fares for KLIA express will be increased. A one way ticket from KL Sentral to KLIA/KLIA2 will cost RM55 starting Jan 1, 2016, an increase of RM20 or 57 percent from the current RM35.

Ong said it is not only the passengers who are travelling to KLIA and KLIA2 who will feel the hit of the rise in the price of tickets, passengers going from KL Sentral to Putrajaya/Cyberjaya will also experience a price hike of RM4.50, from RM9.50 to RM14, an increase of 47 percent. 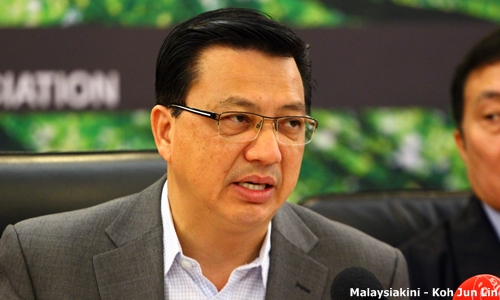 Secondly, Ong pointed out that KLIA Express has signed a long term lease with the Railway Asset Corporation (RAC)/Perbadanan Aset Keretapi (PAK) to use the railway link connecting KL Sentral and KLIA and KLIA2.

He doubted that the leasing rates which KLIA Express is paying RAC has increased by more than 50 percent in order to justify this upcoming fare increase.

"In fact, I highly doubt that the leasing rate has increased at all.

"Liow should disclose the terms of the leasing agreement between RAC and KLIA Express as a matter of public interest," he said.

"In a parliamentary reply in 2009, then Transport Minister Ong Tee Keat confirmed that RM5 from the airport tax of RM51 for international flights was paid to KLIA Express.

"The airport tax is now RM65 for international flights. Does KLIA Express continue to receive payments from part of the airport tax?

"Has this increased as a result of the increase in the airport tax? If so, why must KLIA Express still increase its fare by such an exorbitant amount? Liow must explain," he said.

He hoped that the transport minister has not forgotten that the express rail line to KLIA was built with significant government support including a RM940 million loan from Bank Pembangunan dan Infrastruktur Malaysia Berhad.

"I also hope that the minister has not forgotten that one of the members of the consortium which was awarded the RM2.4 billion contract to construct the railway link to KLIA was Syarikat Pembenaan Yeoh Tiong Lay Sdn Bhd (SPYTL), a wholly owned subsidiary of YTL Corporation Bhd.

"YTL Corporation is also the majority owner of KLIA Express. This means that YTL Corporation would have reaped at least some profits from the building of the railway link to KLIA.

"This exorbitant fare increase by KLIA Express is yet another example of the socialisation of costs and the 'piratisation' of profits which occurs in many projects in Malaysia," he said.

As such, Ong called upon Liow to suspend indefinitely the proposed fare increase by KLIA express and to conduct an open inquiry as to what a reasonable fare revision may entail.

To do this, he said the minister must disclose the full contents of the 30-year concession agreement with KLIA Express, any supplementary concession agreements which were signed as a result of the KLIA2 extension, all of the maintenance contracts which KLIA express has with other companies such as its wholly owned subsidiary ERL Maintenance Support Sdn Bhd and the long term lease between KLIA Express and the Railway Asset Corporation.