AS the feud intensifies between Malaysia Airports Holdings Bhd (MAHB) and AirAsia, so too the voices from air travellers against the imposition of a departure levy, as well as increase in passenger service charge (PSC).

Malaysians, however, said they were determined to continue travelling. 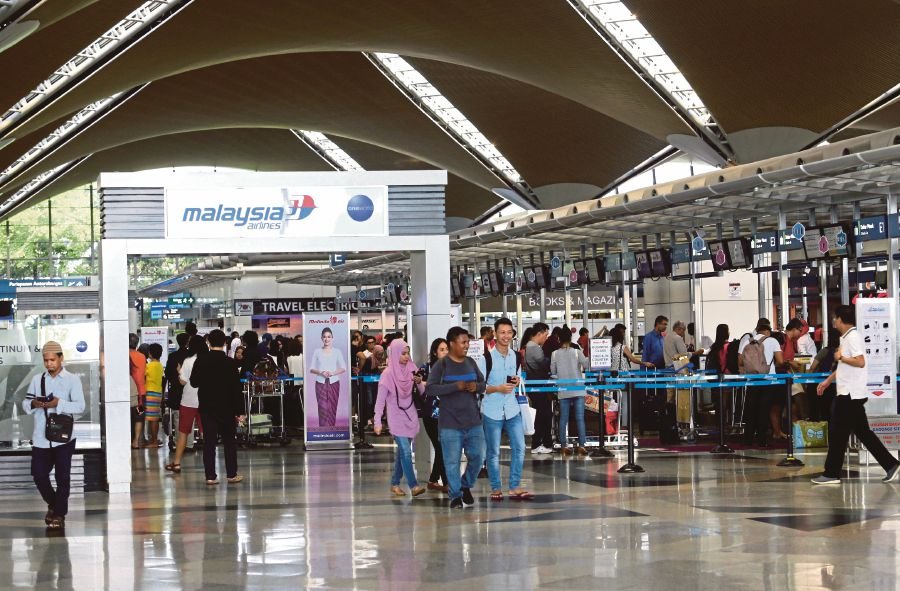 The New Straits Times’ travel pullout, JOM!, inasurvey conducted on its Facebook page to identify the travel trends of Malaysians, found the majority objecting to both charges.

Of the 663 respondents, 73.2 per cent did not agree that klia2 and other Malaysian international airports should charge the same PSC as the Kuala Lumpur International Airport (KLIA).

The survey, which comprises eight questions, ran for 11 days.

Effective Jan 1 last year, PSC for those travelling beyond Asean was increased from RM50 to RM73.

It has more than doubled since 2017 for passengers using klia2.

Passengers were charged RM32 before 2017 for travelling beyond Asean via klia2, and it increased to RM50 in 2017.

Since the increase, AirAsia Group Bhd and AirAsia X Bhd have refused to collect the additional RM23, with the justification that the facilities in klia2 were inferior compared with a full-service carrier terminal.

On Dec 11 last year, Malaysia Airports (Sepang) Sdn Bhd, a subsidiary of MAHB, served a writ of summons on AirAsia Group’s unit, AirAsia Bhd (AAB), for RM9.4 million in PSC that AAB had not and refused to collect from travelling passengers.

Malaysians said the departure levy would not encourage domestic tourism as envisaged. Travellers said they would continue to travel, with 4.3 per cent of respondents saying they would travel within the country, 71.6 per cent within Asean and 24.1 per cent beyond that.

The departure levy proposed in the 2019 Budget for air travellers leaving the country is set to roll out in full force in June.

The levy was to raise revenue allowing the government to collect a few hundred million ringgit annually, Transport Minister Anthony Loke had said.

Shamala Raj, 27, a frequent traveller, said the departure levy would not stop her excursions.

“I understand that the government wants to encourage domestic tourism, but if I have visited all the places that I want to visit in Malaysia, I will still travel abroad for my holidays.

“I believe the idea of introducing a departure levy to encourage people to travel within Malaysia is not effective as some may prefer to travel out of the country, despite the charges.”

She said the government should relook the departure levy as it would deter foreign tourists since the charges were more compared with other Asean countries.

“There are many other ways to collect the revenue, but the government should study this well before implementing it as it may have an adverse effect on Malaysia.”

Mohd Syukri Salleh, 34, who travels to London at least three or four times a year on business, said the extra RM40 would make him look for other options.

“Yes, the RM40 may not sound a lot, however, for a frequent traveller like me, it is an extra cost.

“I will fly as usual, but will look for a cheaper option when the departure levy comes into effect in June.”

Besides travelling on business, Syukri travels regularly for holidays and he did not agree with the increase in the passenger service charge, mainly for klia2.

“I understand the frustration that is brought up by the management of AirAsia. klia2 is a low-cost carrier terminal and it does not have the same facilities as KLIA. So, how can they expect the passengers to pay the same amount?”

“Some might say they prefer to travel domestically using land transport, hence a higher departure levy will not affect such consumers.”

He said the departure levy might affect international tourists and deter them from choosing Malaysia as their Southeast Asian destination, compared with neighbouring countries such as Thailand and Indonesia.

“IDEAS’ study has shown that Malaysians are already paying one to three per cent more tax on full-service flight tickets to nearby destinations, compared with other Asean nations.

“This pressures the Malaysian aviation market and possibly limits the growth of tourism, as other nearby countries are cheaper to visit.”

He said although Malaysian tourism growth looked prosperous with the travel sector contributing 13.4 per cent to total gross domestic product and 11.8 per cent to the total employment in 2017, statistics had stated that there had been a three per cent reduction in tourism arrivals in Malaysia.

“It shows that Malaysia tourism is growing but at a much slower rate.

“With the number of arrivals turning negative and expected to be adjusted downwards, the losses of the tourism industry may be magnified by the departure levy.”