From next week onwards, passengers flying on AirAsia will not have to pay the the RM3 (US$0.72) airport fee charged by Kuala Lumpur International Airport 2 (klia2), according to AirAsia Group CEO Tony Fernandes.

The fee is charged by the airport operator for “mandatory” facilities like aerobridges and check-in systems, AirAsia said on its website. 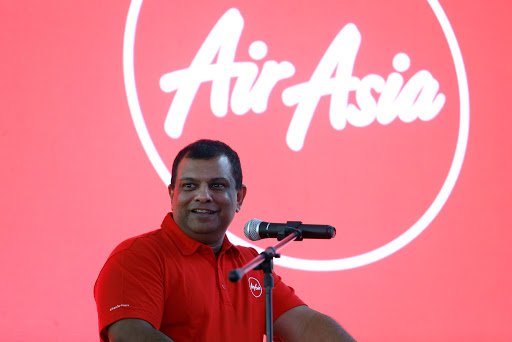 In a Facebook Live video published on Monday (Dec 31), Fernandes said that the airline was removing the fee as it did not “justify” what the airline wanted to do – which was to offer passengers lower airfares and airport tax.

“What we require is simpler facilities… Every time we fight with Malaysia Airport, it’s about lowering… all this extra cost,” Fernandes said.

He added that the airline was also trying to remove processing fees in a bid to eliminate extra charges, and promised the fees would “go down or disappear in two weeks’ time”.

This move by AirAsia comes just a month after it was sued by Malaysia Airport Holdings Bhd (MAHB) for refusing to collect the full RM73 passenger service charge for klia2 from customers. Instead, it collected only RM50, a rate set before a price hike was implemented last year.

“We think it’s ridiculous that klia2 airport tax is the same as KLIA, because KLIA is a much better airport,” Fernandes said in the Facebook Live video.

He also said that MAHB was trying to “force” AirAsia to use its full-service facilities, and that AirAsia planes had been damaged by the repeated earthworks on klia2 runways.

“If you look at the runway right now, there’s all sorts of tractors digging up and filling up holes that caused our planes so much damage,” Fernandes said, while panning the camera to the klia2 runway.

The company plans to go directly to MAHB to seek compensation for this damage, the Star reported.

According to the Star’s report, Fernandes said that MAHB had withdrawn a recent police report it filed over a tweet by AirAsia communications head Mohd Aziz Laikar Ali criticising the poor hygiene of klia2.