The swarm of bees spotted at Bay Q4 of the Kuala Lumpur International Airport (klia2) was successfully cleared out by a pest control team at 8pm last night.

A photo had earlier went viral, shared by AirAsia Group CEO Tan Sri Tony Fernandes who stressed this was dangerous. 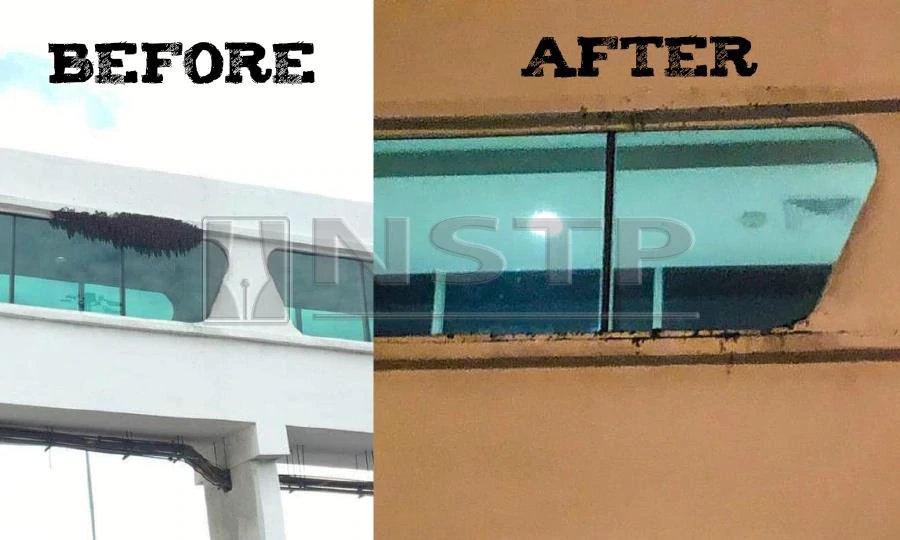 This photo combination shows (left) the swarm of bees at Bay Q4 of the Kuala Lumpur International Airport (klia2) and (right) after the fumigation process.

“Now we have bees in klia2. We got maggots, rats and now bees,” Fernandes had remarked on Twitter.

Malaysia Airports Holdings Bhd (MAHB) last night posted on Twitter that they have always prioritised the safety of passengers and the airport community.

“The story of the migrating swarm of bees that set klia2 abuzz this morning (Tuesday) came to a sad (for the bees) but successful ending tonight. The fumigation exercise was done by the pest control team at 8pm as scheduled,” it said in the post.

In a statement yesterday, MAHB said it was common for migrating swarms of bees to congregate at airports, especially at the airside.

The bees, MAHB said, would normally disperse when there was rain or strong winds.