Nonetheless, it said any options on the table will involve capacity cut, which may benefit AirAsia Group Bhd (AAG) in gaining further market dominance, but negative to Malaysia Airports Holdings Bhd (MAHB) (at least in the short term) due to lower airport traffic flow. 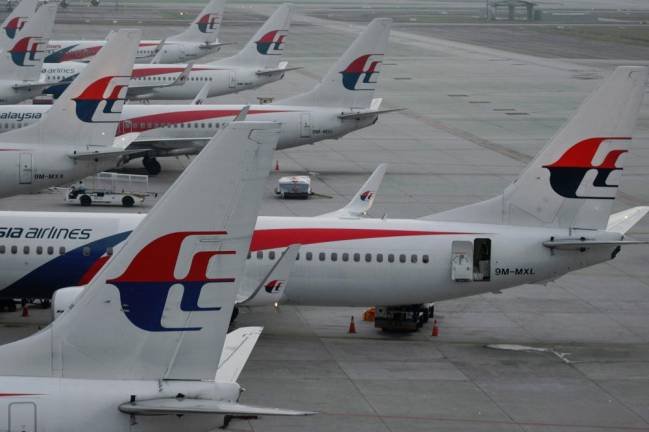 HLIB Research analyst Daniel Wong believes it will be wise for the government to divest Malaysia Airlines (instead of shutting down) or find a strategic partner, which will solve the issue of government’s cash drain while reducing the overall impact on staff layoffs, as the takeover entity will still need a workforce to run Malaysia Airlines operation.

Although the airline has been a national carrier since 1947 and is the nation’s pride, he is doubtful of Khazanah Nasional Bhd’s willingness and ability to sustain the continued losses of the airline, which may hit RM1 billion per annum. Khazanah is the owner of Malaysia Airlines.

“We note that Malaysia Airlines is not part of Khazanah’s core portfolio, indicating that Khazanah may be willing to part away from Malaysia Airlines, if the investment does not make financial sense and assuming government approval is granted,” he said.

Since the restructuring exercise in 2014, Malaysia Airlines has continued to incur heavy losses and the government is considering several options including shutting down the airline, selling it or refinancing it.

Prime Minister Tun Dr Mahathir Mohamad has said that the matter is being discussed and several experts are providing feedback to the government on the need to sell or shut down the airline.

According to SSM records, Malaysia Airlines incurred continuous losses of RM1.1 billion in 2015, RM439 million in 2016 and RM812 million in 2017. As at December 2017, the retained losses in MAB’s book was RM2.5 billion while net equity value was only RM1 billion.

“With the spike in jet fuel cost and a more competitive market condition in 2018, Malaysia Airlines may have incurred losses up to RM1.5 billion in 2018, potentially dragging down Malaysia Airlines’ net equity position into negative territory of RM500 million,” said Wong.

Khazanah incurred huge impairment losses of RM7.3 billion last year, with half of the amount (RM3.7 billion) being related to Malaysia Airlines.

Wong noted that AAG will further gain market dominance and pricing power. Following the recent drop in share price, he has upgraded AAG to a “buy” from “hold” previously, with an unchanged target price of RM3.20.