Shares of WCT Holdings Bhd have finally been gaining traction of late, following news of its stake acquisition in Subang Skypark Sdn Bhd earlier this month. 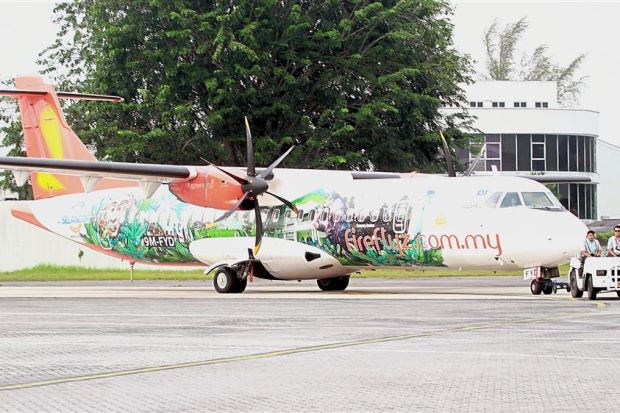 Important facility: An aircraft being towed at Subang Skypark. There are a number of commercial and private airlines flying out of Subang airport including FlyFirefly Sdn Bhd, Malindo Airways Sdn Bhd, Berjaya Air and VistaJet.

When WCT announced the move last Monday, however, the company’s shares still continued to slide – hitting a two-year low of RM1.14 last Friday.

This week, however, saw its shares rebounding by about 7% – perhaps a delayed reaction that things are indeed starting to look up for WCT.

Kenanga Research in a recent report emphasised that it is not changing WCT’s 2018 and 2019 core earnings estimate, as it does not expect any major development in Subang Skypark in the near term.

“We are long-term positive on WCT’s move in acquiring 60% stake in Subang Skypark, given that it owns approximately 12.7 acres of land adjoining the main terminal – slated to be developed into a mix commercial hub in the future.”

On a land acquisition perspective based on the 12.7 acres land adjoining the terminal, Kenanga Research says the acquisition price of RM44.6mil on its 60% stake in Subang Skypark would translate to a land cost of RM134.6 per sq ft – excluding other facilities.

“We believe this to be fair despite being priced at a premium as compared to Sunway Property’s average cost of RM118.3 per sq ft when they acquired three parcels of industrial land in Kampung Subang in 2016.”

Subang Skypark is involved in the development of commercial retail area at the Sultan Abdul Aziz Shah Airport in Subang, known as Subang Skypark Terminal 3.

In announcing the stake-purchase last week, WCT said the acquisition would enable the company to invest in Subang Skypark – which has the potential for value enhancement as well as for development of the car park area into a mixed commercial project.

The move, WCT says, would also allow the company to diversify into the ground handling for private aviation business as well as hangarage services.

“These businesses are complementary to the existing retail operations at Terminal 3.”

The purchase price took into consideration the unaudited net-asset value of Subang Skypark Group as at June 30, 2017 and its future prospects.

There are currently a number of commercial and private airlines flying out of Subang airport, including FlyFirefly Sdn Bhd, Malindo Airways Sdn Bhd, Berjaya Air and VistaJet.

Recently, it was reported that a rail link between KL Sentral and the airport will start operation in May.

WCT has an established track record in the airport retail business, being the developer and concession holder of the shopping mall known as Gateway@klia2, which includes a transportation hub.

RHB Research Institute says the acquisition will unlock the potential value for WCT.

“We gather from management that the retail component, Subang Skypark Terminal 3, consists of 100,000 sq ft of net lettable area (NLA) and is currently 90% occupied. WCT intends to enhance the business, leveraging on its expertise in operating airport retail components, through its experience of running its 70%-owned Gateway@klia2.

“Spanning approximately 11 acres, it could be developed into a mixed development consisting of retail and hospitality components. Subang Airport saw 2.8 million passengers pass through its gates in 2016, making it the sixth busiest airport in Malaysia behind KLIA as well as Penang, Kota Kinabalu and Kuching international airports.

“Meanwhile, Subang is a hub for both the aerospace industry and private jet operations, with numerous companies operating within the vicinity. In terms of connectivity, a KTM Komuter station is located in front of Subang Skypark Terminal 3.”

Separately, Hong Leong Investment Bank Research says the impact of the acquisition to net gearing is expected to be minimal for WCT – increasing from 88% (in the fourth quarter of 2017) to 89%.

“Our earnings forecast are unchanged as we await further details on the proposed development plans.”

The research house is, however, scaling back its target price to RM1.81 from RM2.27 previously by implementing a 20% discount to its sum-of-parts valuation.

“This is to account for the potential delays in some of its de-gearing initiatives, such as real estate investment trusts and significant land sales. WCT remains backed by significant surplus land value of RM1.6bil (RM1.16 per share).”

Kenanga Research adds that WCT’s outstanding orderbook currently stands at around RM5.6bil – which will provide earnings visibility for the next 2½ to three years.

“As for its property division, its unbilled sales stands at RM230mil, with less than one-year visibility, and management intends to continue with their re-pricing strategy to clear its existing inventories amounting to RM550mil in gross development product.”

Meanwhile, AmInvestment Bank Research says it is “at best only neutral” on WCT’s latest acquisition.

“While we see value in the commercial/retail area in Subang Skypark Terminal 3 that may be poised for positive rental reversion backed by rising passenger traffic, and the car park area with development potential, these may take time to realise.

“On the other hand, the acquisition cost coupled with the consolidation of Subang Skypark’s debt will add further strain on WCT’s balance sheet.”

The research house estimates that the acquisition will increase WCT’s net debt and gearing of RM2.76bil and 0.88 times as at end-December 2017, to RM2.88bil and 0.92 times respectively.