The strengthening ringgit against the US dollar led to a significant increase in the number of Malaysians travelling abroad last year, online accommodation site Hotels.com said. 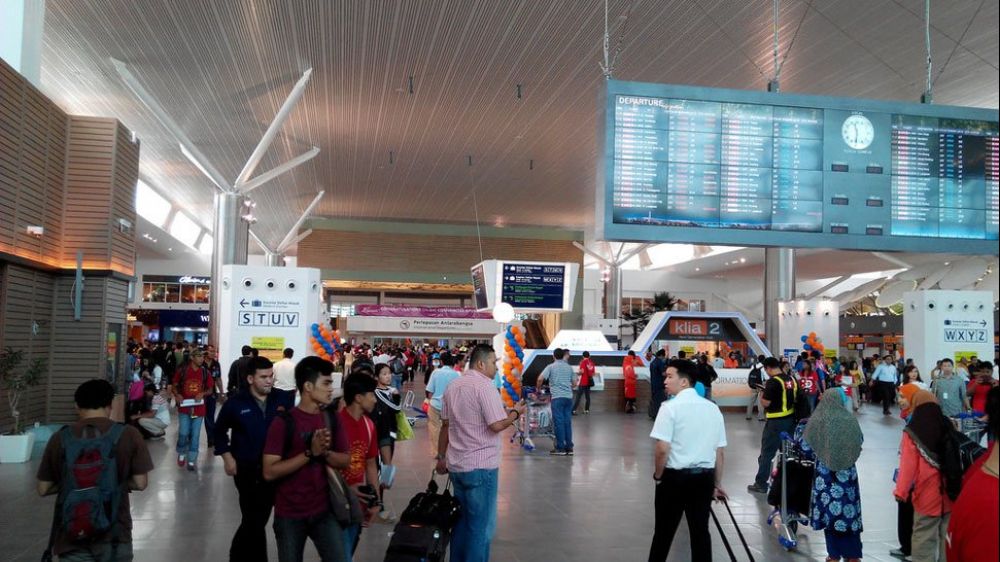 Hotels.com found Malaysians were more interested in destinations in Japan and Europe. – pic from klia2.info, March 29, 2018.

In a statement on its latest Hotel Price Index (HPI) released today, Hotels.com said Malaysians found good value for their money overseas due to the currency's strong performance, despite global hotel prices rising in 2017.

Globally, the HPI recorded a two-point percentage rise in accommodation prices, moving the global Index to 116 – the closest it has been to 2007’s peak of 118. Last year’s uptrend in hotel prices also signified the first year-on-year growth since 2013. 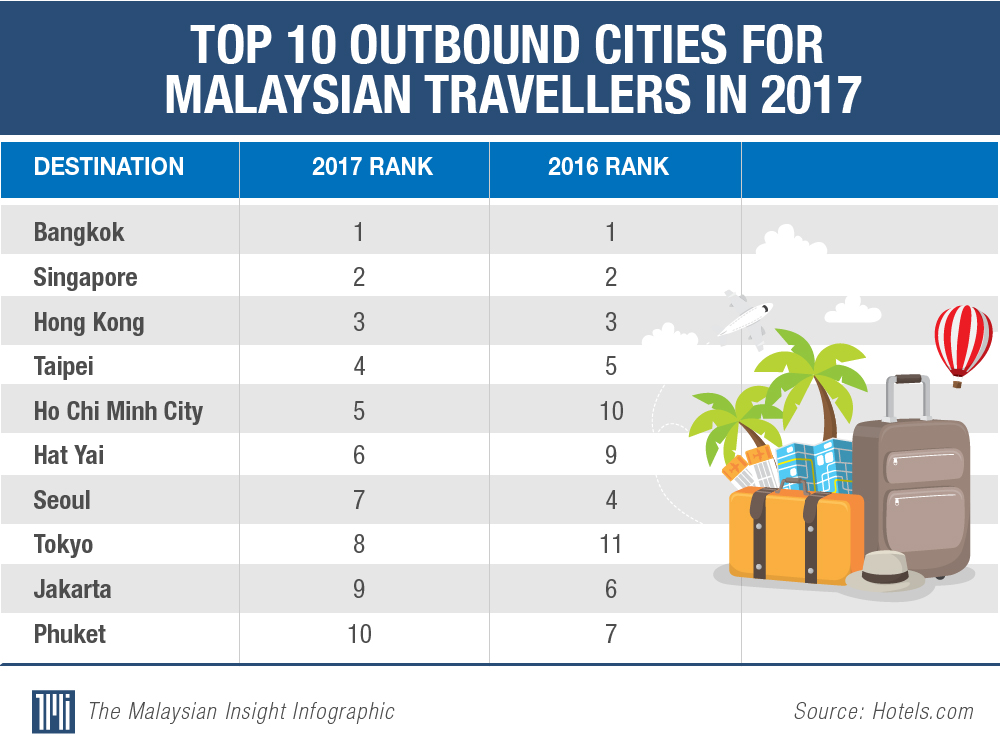 Singapore and Hong Kong retained their second and third spots in the top 10 outbound cities for Malaysian travellers in 2017, while Taipei came up to fourth from fifth in 2016. 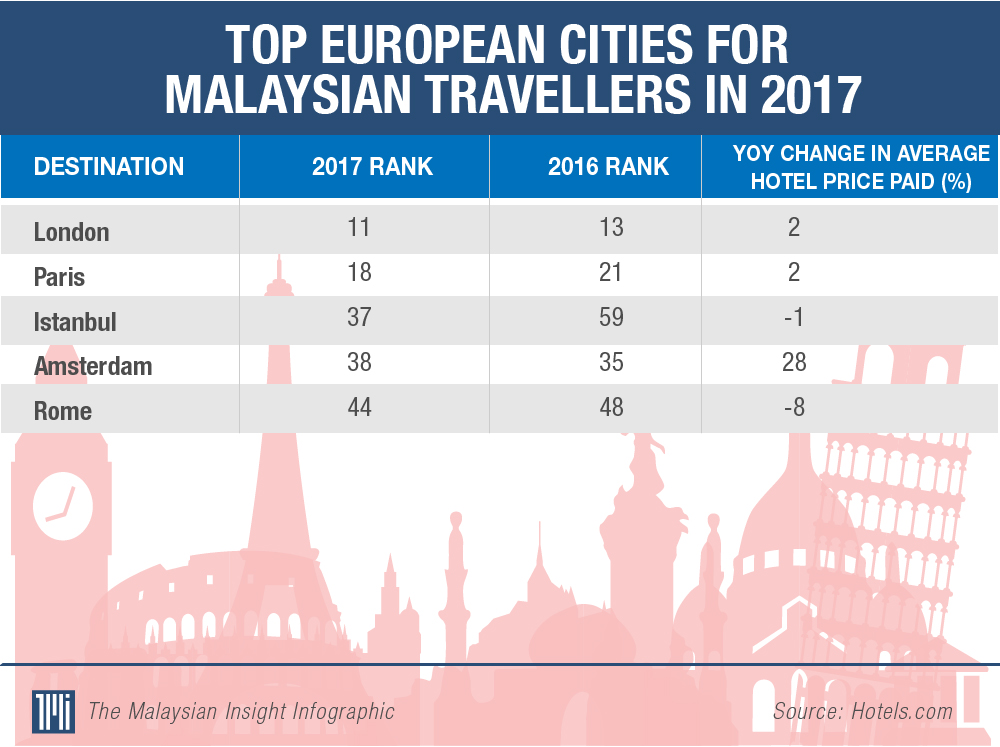 There was also a marked increase in interest for destinations in Japan and Europe, Chuang said.

For the larger Asia-Pacific (APAC) region, Tokyo was the top destination for Malaysians last year, with Bangkok at number two.

“Last year, saw the Japanese yen devaluing against major currencies. Malaysian visitors found themselves paying considerably less in 2017 for popular destinations such as Tokyo and Osaka,” she said.

The average hotel prices paid by Malaysians in Tokyo, Osaka and Sapporo last year were RM572, RM538 and RM455 respectively. The prices in Tokyo and Osaka decreased by 6% and 14% year-on-year compared to 2016. Only in Sapporo did prices go up, to 3%. 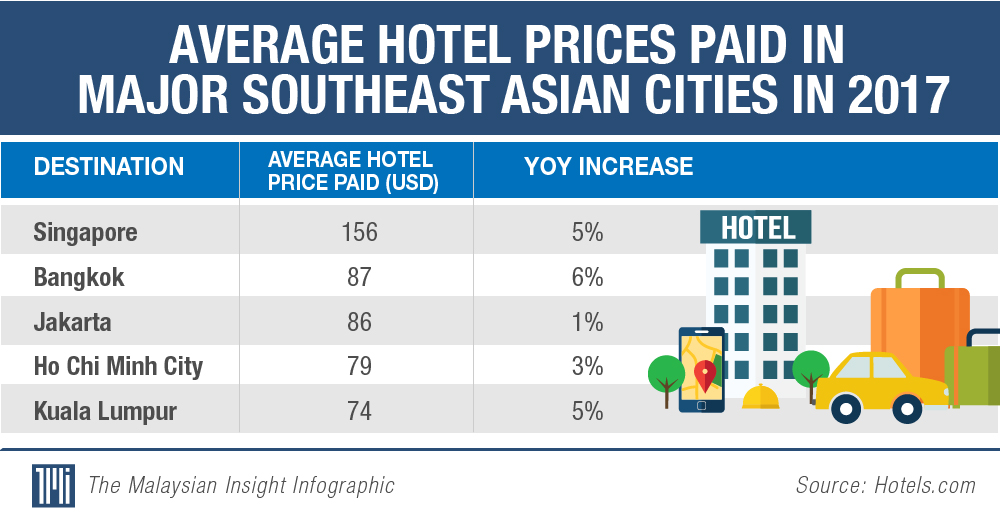 "London, with the iconic Oxford Street and an enduring reputation as the favourite haunt for Malaysian celebrities and socialites, remains the most popular European destination for Malaysian travellers.

As for the average hotel prices paid in major Southeast Asian cities in 2017, Singapore hotels fetched the highest average price of US$156 (RM603) – a 5% increase from 2016.