Hanoi is set to be rocked by the presence of Malaysian fans as the national team takes on Vietnam in the second-leg AFF Suzuki Cup final tomorrow.

Large groups of Malaysians will head to the Vietnamese capital to cheer their favourite team, thanks to AirAsia which has chartered two return flights for the purpose. 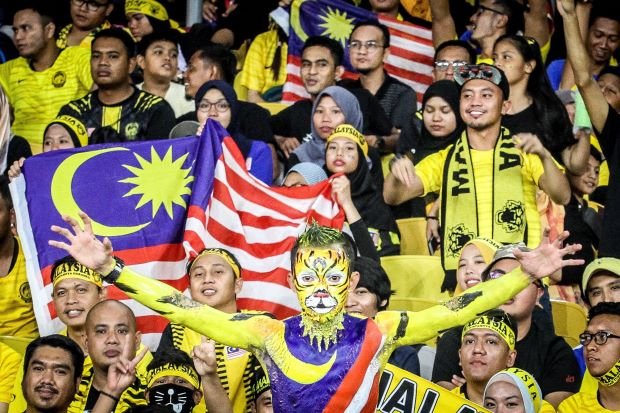 With the tag #EkorOnPlane, AirAsia will hold a special sending-off ceremony for fans at klia2 today.

The two fixed low-fare flights depart for Hanoi today and tomorrow with a total of 330 seats available for Harimau Malaya fans.

Both chartered flights are fully booked.

Malaysia will need a win, or at least a high-scoring draw, to lift the coveted trophy.

In the first-leg at the National Stadium in Bukit Jalil on Tuesday, the match ended in a 2-2 draw.

“Thank you to my staff who worked so hard to get the slots. Also, would like to thank the operating crew as they gave up their holidays to attend to these flights. Go Malaysia!” he tweeted.

Youth and Sports Minister Syed Saddiq Syed Abdul Rahman urged the fans travelling there to be safe and carry the Malaysian name loud and proud.

“You are the 12th man, cheer on the team. Be also mindful that you need to adhere to and obey Vietnamese laws.

“We need to be on our best behaviour. No smoking in the stadiums and clean up after the game. See you guys there,” said Syed Saddiq, who is expected to be at the MyDinh Stadium to jointly support the team.

According to the Football Association of Malaysia, about 1,100 tickets have so far been sold for the second-leg in Hanoi.

Malaysia was allocated 3,000 tickets for the match.