Malaysia Airports will call a tender for departures duty free stores at Kuala Lumpur International Airport (KLIA) in the first half of 2019, amid a “commercial re-set” of the business announced earlier this year. 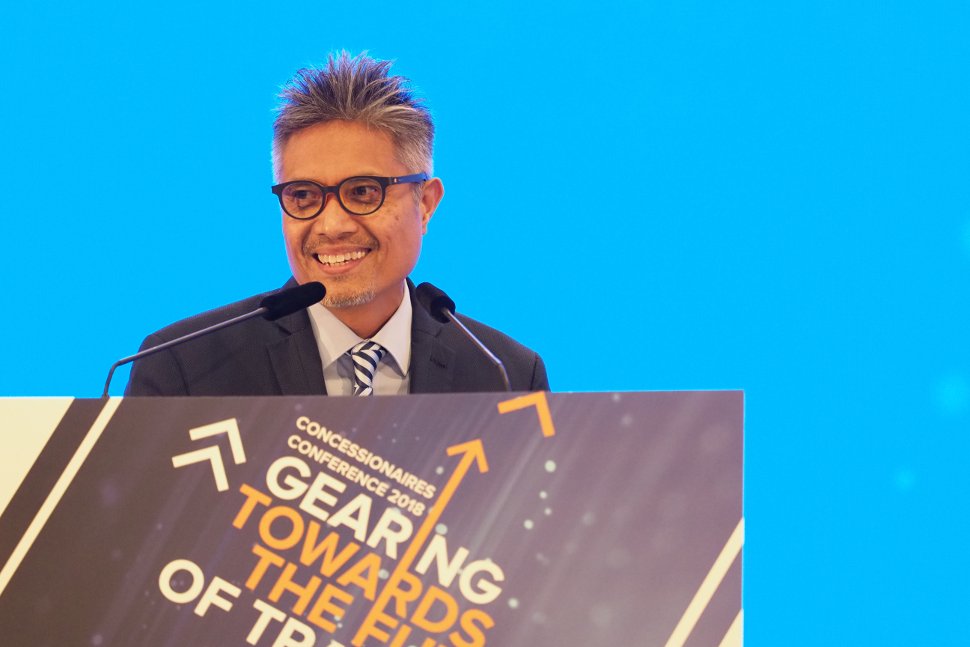 In related developments, Malaysia Airports-owned Eraman’s status as an anchor tenant in departures will be protected. Nazli said the airport company was assessing how to introduce competition while remaining “fair” to other existing long-term partners such as DR Group, Dimensi Eksklusif and Duty Free International.

Nazli said: “KLIA is very important for us. There we have four major players. We are looking at best practice, longer tenures, performance leases and ensuring Eraman is treated fairly versus the others. From an airport perspective, we will ensure that the way Eraman grows is sustainable so we will ring-fence it. Eraman will continue to have exclusivity in liquor & tobacco, and will be dominant on the Contact Pier. They can showcase what they do and will control most of space there.”

He added: “In the Satellite Pier we have been seeking input from existing partners and category leaders among the brands. We are fragmented in gifts and souvenirs, but need to consolidate this. In P&C we are dealing with incumbents, DR Group and Dimensi – who have been operating in separate wings. We need to harmonise the way this business is done in future.

“The duty free business grew by +10% in the first half of 2018, and it was the first time that P&C overtook L&T in its contribution to the group at retail level. That is significant. We will expand the offer and ensure space for more brands.” 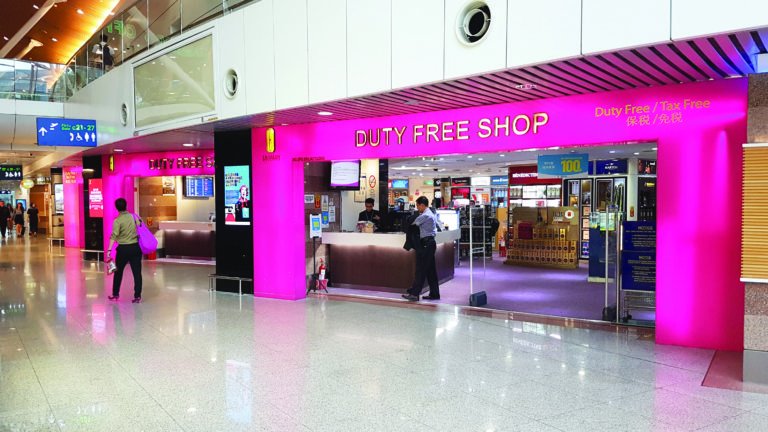 Eraman’s duty free emporium in the KLIA Satellite Terminal: The airport-owned retailer will continue to hold a prominent position within the commercial mix at KLIA.

As reported previously, the arrivals duty free tender will result in one concessionaire in walk-through space, rather than three as currently at KLIA. 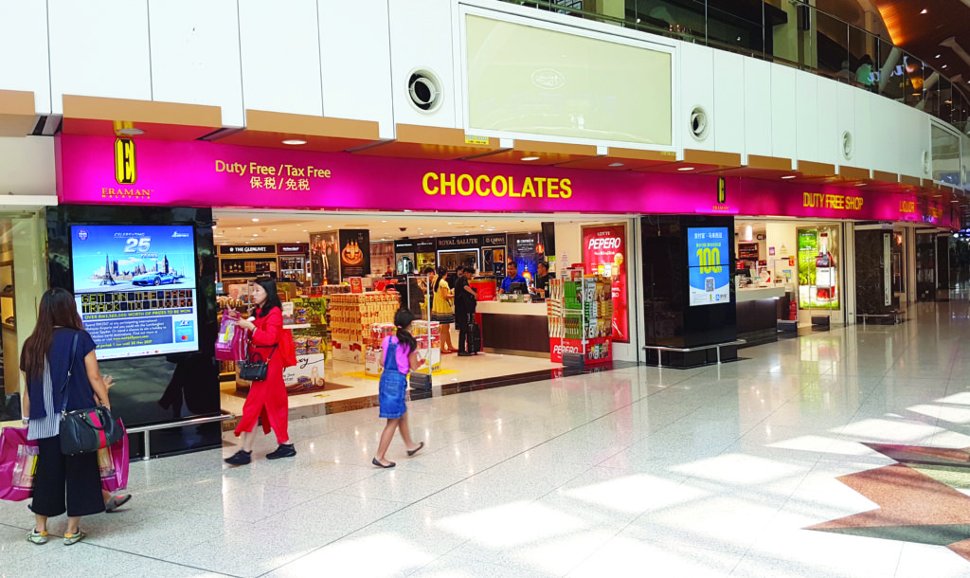 Eraman’s duty free emporium in the KLIA Satellite Terminal: The airport-owned retailer will continue to hold a prominent position within the commercial mix at KLIA.

Nazli said: “Our approach is that it’s a limited business and a walk-through emporium will work better than the fragmented store layout we currently have. Customs also told us that to create a walk-through it must be one concession. Arrivals is still important; for example in P&C spend per departing and arriving passenger is the same, though the space is smaller of course.”

This will include rethinking spaces and concepts across all international airports, Nazli told The Moodie Davitt Report. Beyond KLIA and klia2 in the capital, there are also ambitious projects to upgrade Langkawi, Penang and Kota Kinabalu airports.

He said: “The re-set will happen in phases and be complete by 2021. We will reformat the commercial offer at all international airports. We have five but the jewels are KLIA and klia2, which have had tremendous growth – double digits from 2016 to now. But if you compare the value we generate with our peer airports, we remain behind. One of the values of our reformat was to rethink the value and the offer.”

He added: “The main aim is to raise the retail profile in terms of brands and ensure we are uppermost in their minds. 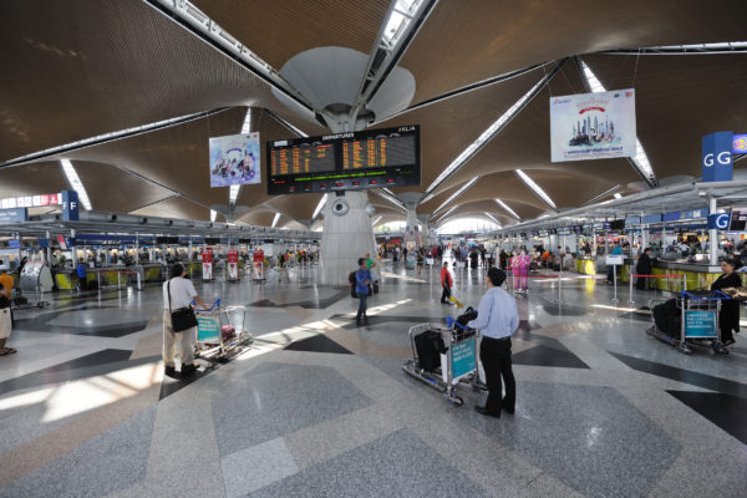 Malaysia Airports is rethinking space allocation across its airport network, but at KLIA in particular.

“Second, it is important that we look at the passenger flows. KLIA does not have the optimum commercial design. We split the passengers into Contact and Satellite terminals, with a train journey between them, which isn’t ideal. We want to guide people differently and have some ideas on how to address it. We are engaging with the operators and brands so it becomes a collaborative discussion. We started a diagnosis period this year about how we can harmonise the existing space and retailers.”

Capacity at the airports in Kuala Lumpur is another factor. Nazli said: “KLIA is at over-capacity. It was designed for 25 million per annum, but is now doing much more than 30 million so we have to take that onboard. Then we have klia2, designed for 45 million passengers, now doing 30 million.

“Originally, it was intended as a low-cost or hybrid airport, but it went through a contraction when Malaysia Airlines’ business dipped, and some airlines moved to KLIA, so it has become predominantly an AirAsia location. Sales per passenger at klia2 are about half of those at KLIA and in terms of sales it’s a difference of about RM100 million (US$24 million) a year, but klia2 is catching up.”

Chinese tourism to Malaysia is growing fast and should help drive further growth in retail, added Nazli, not only in the capital but at regional airports too.

“We are seeing more direct connections from the Chinese Mainland. There is scheduled airline growth and charters to Kota Kinabalu and Langkawi, jumping-off points to the resort islands. In the eight months to August, Kota Kinabalu traffic from North Asia leapt by +14% as an example. Penang is also in double-digit growth from Chinese cities. 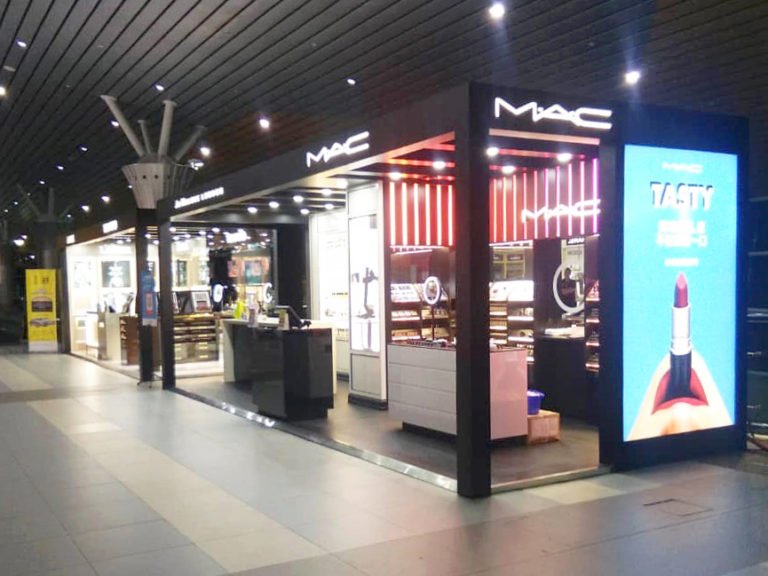 “At KLIA we are also developing the ‘Aeropolis’ business campus landside. This will have an e-commerce hub being developed with Alibaba Group. So that will fuel more Chinese traffic through KLIA.”

On the China opportunity, Nazli added: “Of every 100 outbound Chinese, in 2016/17, seven went to Bangkok, but only two to KL. We are only an hour away from Bangkok but that is the competition and what a big opportunity it represents. 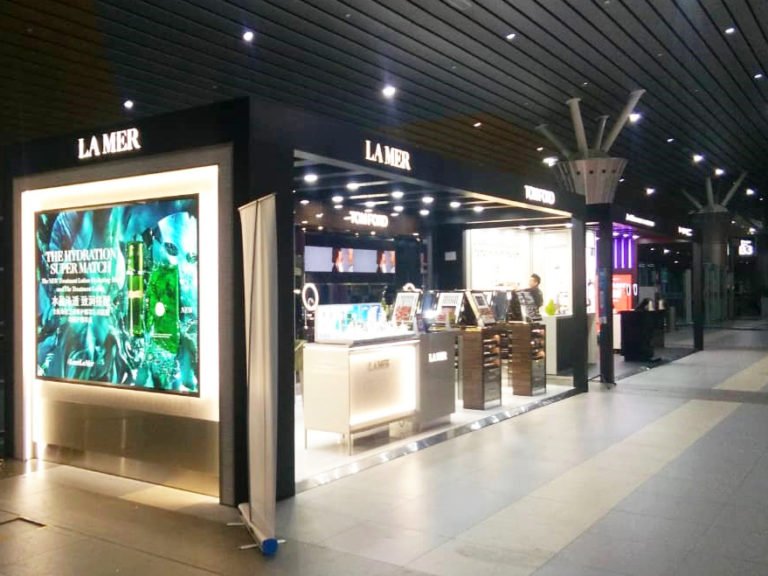 “We know the huge potential of the travel retail business in the region. Across all of our international airports, 70% of total sales are duty free. Of that 70%, one-third comes from the Chinese passengers. We have five gateways that are exposed to the Chinese and increasingly to the emerging middle classes in India, Indonesia and other markets. It’s about how to maximise that.”

Beyond core category retail, Malaysia Airports is emphasising the F&B revenue opportunity, with Eraman set to play a greater role in this channel.

“We expect the total sales mix in future will be 30-35% from F&B,” said Nazli. “Our goal is to raise the value of dining landside and we are encouraging Eraman to go more into food halls, as it’s so important in Malaysia. We have a lot of opportunity to improve and bring in a great F&B experience. So people will come early if it exists.

“We would like a Michelin star restaurant though it may not happen in this cycle, but we do want premier league players to be interested. 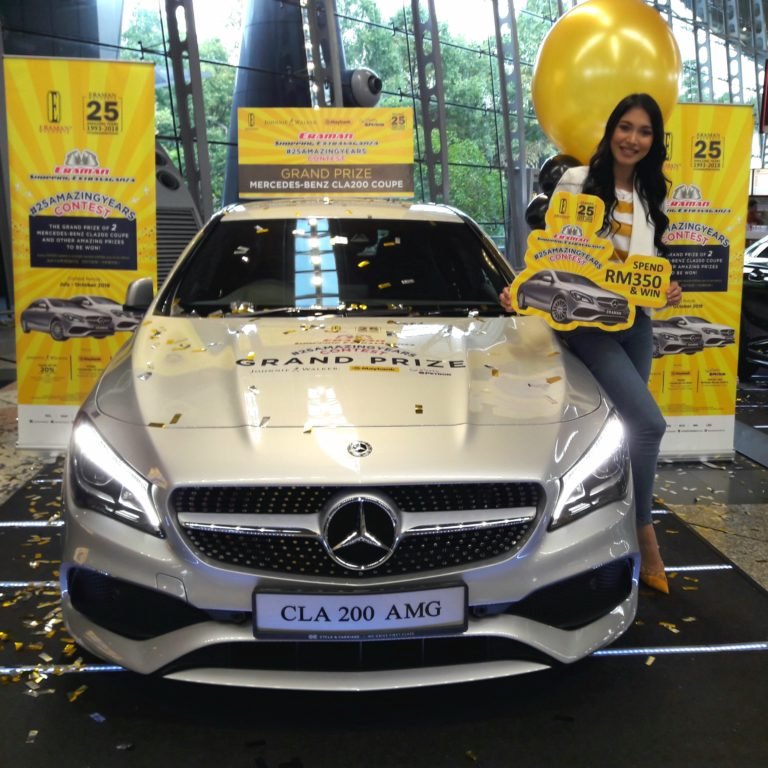 Eraman is maintaining its aggressive promotional campaigns this year to entice stronger spending from travellers.

“We are doing a lot of campaigns, trying to position the airport as a culinary experience. Now we are looking at raising the standard. First it was important to understand the market, then do pilot projects and now to engage with the industry. We have mix of local and international players currently. We are improving overall. In Langkawi we really used F&B as a destination, even for those not flying. It adds great Sense of Place and a story-telling element. Sense of Place is not all about showing the twin towers in KL; we can premiumise our destination offer in other ways, notably in food.”