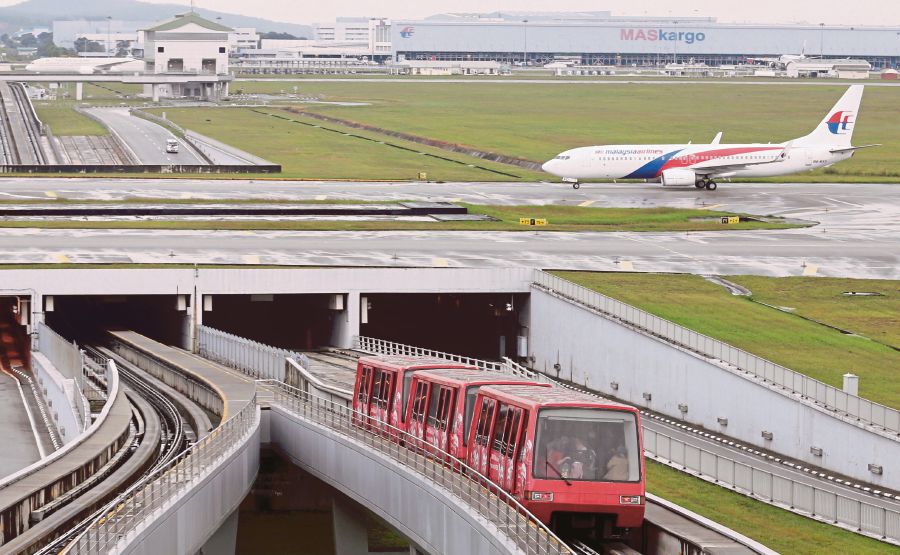 "There is room to expand the main terminal building on the left and right wings,” he told NST Business recently.

With the expansion, the contact pier at the main terminal building will be able to cope with the expected increase passengers.

Badlisham said MAHB’s focus is on expanding the main terminal building, not on adding another terminal called KLIA3 or even another satellite building.

KLIA and klia2 currently have a combined capacity of handling 75 million passengers per year (KLIA: 30; KLIA2: 45).

Asked whether the expansion programme will be at the government’s expense, Badlisham said MAHB is still discussing with the government on the matter.

“Even that (cost) is being discussed between us (MAHB) and the government. There are many configurations and we are still in discussion with the government for the expansion work at the main terminal building,” he said, adding that the 20-year old KLIA main terminal is nearing its capacity of 30 million passengers.

Badlisham said the terminal expansion cost will depend on whether MAHB would want to phase the development or build it at one go.

“We are not even there yet – on cost estimation. We need to finalise the numbers for this programme. The earliest will be in 2019. This preliminary estimation is being done now,” he said.

According to MAHB, the existing terminal building will be expanded to increase the efficiency and facilities such as boarding gates and apron parking.

Meanwhile, Badlisham said MAHB facilities that have been identified to undergo immediate enhancements and upgrading are the baggage handling system and the Aerotrain.

“We have allocated RM30 million on the enhancements at the main terminal building this year, including expanding technology usage and enhancement of baggage handling, capacity, and works on the Aerotrain,” he said.

Badlisham said MAHB will proceed with the final determination soon to replace the Aerotrain.

On whether there is a need for a third terminal in Sepang, Badlisham said the airport operator will look into it in 10 years’ time when capacity is to reach 150 million passengers.

“There are plans to look at possibly the KLIA3 or terminal 3 in the future. But that will take at least 10 years or more based on our estimation.

“Then, we will also start talking about runway 4. This plan is supposed to last between 2050 and 2060. This is the benefit of having a greenfield masterplan for KLIA,” he opined.

Maybank Investment Bank aviation analyst Mohshin Aziz said the initial expansion cost estimation will be between RM1.5 billion and RM2 billion, which will add another 15 million of new capacity per annum.

“Based on my conversation with the management, they have at least two methods to expand the KLIA. The method they favour is to expand the length of the existing main terminal building and contact piers.

Mohshin said MAHB is likely to incur the capital expenditure for the expansion programme.

However, he said it has yet to be finalised.

“MAHB has yet to provide full details or even engineering drawings. Therefore, we rely solely on management’s statements,” he said.

CAPA Centre for Aviation chief analyst and Southeast Asia chief representative, Brendan Sobie said the main KLIA terminal needs to be expanded as both Malaysia Airlines Bhd (MAB) and Malindo Air need to stay at the main terminal as they are network airlines.

“They need to stay at the main KLIA terminal but there is issue of capacity,” he said.

Sobie said there is a huge difference between expansion of the existing terminal and building an entirely new terminal.

“It all depends on what they want to do. It has to be discussed and get approval. There is an opportunity to add piers or gates to the main terminal but it all depends on the project’s scale,” he added.

Sobie said there was no price tag on adding passenger capacity, citing that the actual design of the building has certain capacity and MAHB has to add to the piers.

“It is not that simple as you need to expand all areas of the terminal. There is enough space at the terminal but it is just the contact pier that is not big enough. Sometimes, an airport expansion project involves the main entrance and baggage areas,” he said.