The local budget airline said this was among the reasons why it had refused to collect the additional PSC charge from customers on behalf of Malaysia Airports (Sepang) Sdn Bhd (MASSB) since it was raised in February this year. 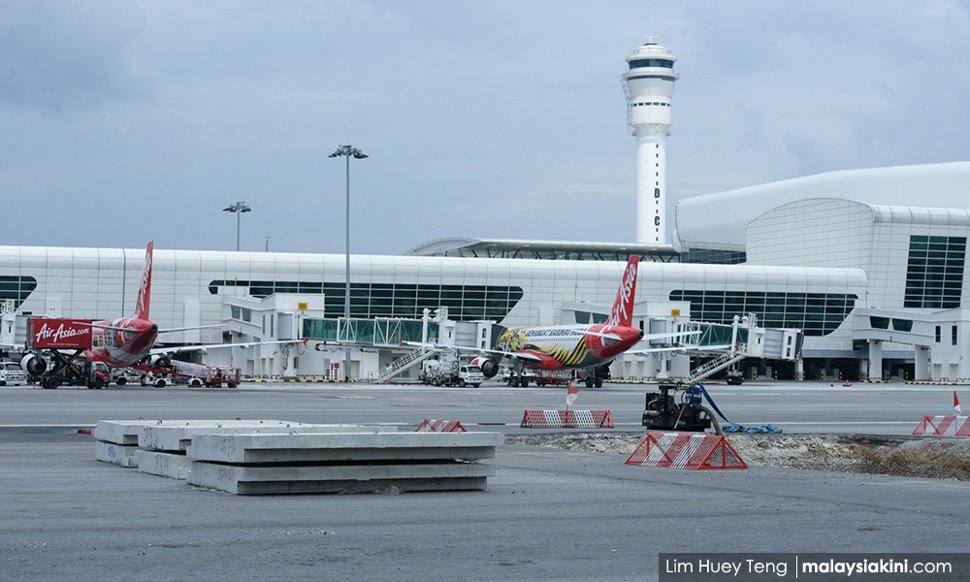 The airline is currently embroiled in a dispute with MASSB, a subsidiary of Malaysia Airports Holdings Bhd (MAHB), over the matter.

AirAsia Malaysia CEO Riad Asmat (photo, above) said in a statement that the airline is not obligated to collect airport tax for MASSB.

In addition, Riad said, the company has objected to the raising of the PSC from RM50 to RM73 at klia2, which equalises the rate charged to passengers using KLIA.

PSC is usually collected by airlines on behalf of airport operators and is included in the airfare. It is later paid to the airport operator upon completion of each flight, while passengers who fail to travel on flights purchased may seek a refund on the PSC amount.

“AirAsia has been collecting, on behalf of MASSB, RM50 airport tax from every non-Asean international passenger departing from klia2 since Jan 1, 2017.

“Passengers using klia2 should not be charged the same rates as passengers in KLIA, as klia2 is a low-cost terminal with far lower levels of service provided to passengers, compared to KLIA, which is a full-service terminal,” the statement said.

Riad further claimed that AirAsia had lodged numerous complaints on the alleged substandard infrastructure and access at the low-cost terminal, which it said had negatively impacted its operational performance and punctuality.

Among the counter-claims made by AirAsia include poor infrastructure at klia2, ground depression, flooding, ruptured fuel pipelines, damage sustained to their aircraft as well as the closure of departure gates and runway.

Costs from these, Riad claimed, “far exceed the amount of airport tax that we have refused to collect for MASSB from our passengers.

“…it is to be reiterated that we have tried, on various occasions, and without success, to engage MASSB on these issues.

“Regrettably, MASSB has instead decided to take the matter public and instigate legal action based on claims that AirAsia will strongly refute.”

It was reported yesterday that the Transport Ministry is prepared to mediate in the PSC dispute between MASSB and AirAsia.