The man was travelling on a passport carrying the name Kim Chol although earlier news reports say he was the North Korean leader's half-brother.

A woman had covered the head of a North Korean with a cloth, believed to contain some liquid, at the Kuala Lumpur International Airport 2 (klia2) yesterday, police said today.

Selangor CID chief SAC Fadzil Ahmat told Bernama that this happened when the man was at klia2 at 8am to take a 9am flight to Macau yesterday.

“While waiting for the flight, a woman came from behind and covered his face with a cloth laced with a liquid,” he told the news agency. 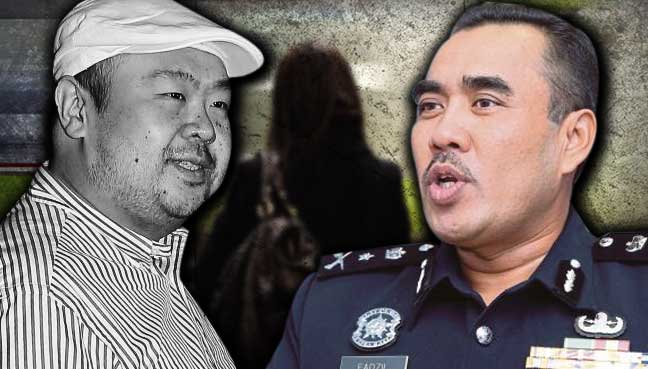 “Following this, the man was seen struggling for help and managed to obtain the assistance of a klia receptionist as his eyes suffered burns as a result of the liquid.”

He told NST Online that the North Korean complained to the receptionist that someone had swabbed or wiped his face with something, and that he was feeling dizzy.

“The receptionist assisted in bringing him to a clinic at the airport. The clinic staff, after assessing his condition, sought the assistance of the nearby Putrajaya Hospital.”

He said the case was classified as sudden death pending the post-mortem report on the cause of death.Fadzil said an ambulance picked up the man from the airport. However, he died en route to the hospital.

“I have conveyed the matter to the North Korean Embassy,” he told Bernama.

He also confirmed that the North Korean who died at the airport was Kim Jong Nam, the half-brother of North Korean leader Kim Jong Un.

He said the man sought medical assistance from the klia2 customer service counter and died on the way to hospital.

Police are now waiting for the post-mortem results, he added.

Star Online reported that, coincidentally, Kim Chol was the name of the vice-minister who was executed on the orders of North Korean leader Jong Un in 2012.

Kim Chol was reportedly forced to walk across a live-fire mortar exercise for allegedly drinking and partying during the mourning period of Kim Jong Il, the father of Jong Un and Jong Nam.