Police have confirmed that the man killed at the Kuala Lumpur International Airport 2 (klia2) on Monday is indeed Kim Jong-nam (pic), the estranged half-brother of North Korean leader Kim Jong-un.

Selangor CID chief Senior Asst Comm Fadzil Ahmat said the incident occurred at about 9am on Monday as the victim was catching a 10am flight to Macau.

“He told the receptionist at the departure hall that someone had grabbed him from behind and splashed a liquid on his face.

“He asked for help from the receptionist and was immediately sent to the airport’s clinic. At this point, he was experiencing a headache and on the verge of passing out,” he said when contacted.

At the clinic, the victim experienced a mild seizure, said SAC Fadzil. 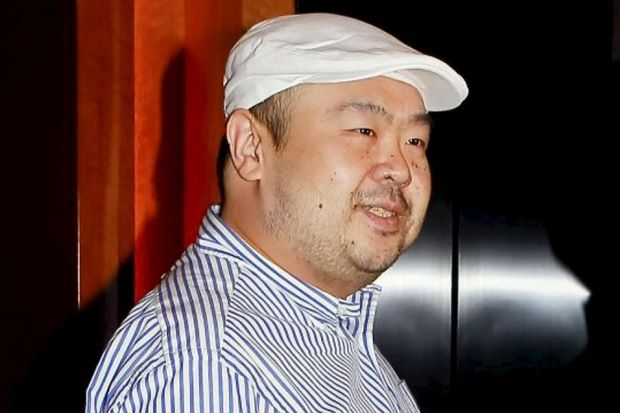 “He was put on a stretcher and was en route to Putrajaya Hospital when he was pronounced dead.

“We have since started our initial investigations on the matter,” he said.

SAC Fadzil added that police would investigate the victim’s movements in Malaysia and those he has met while in the country.

“We have also received a request for the body from the North Korean Embassy.

“However, we will perform the post-mortem first before releasing the body,” he said.

It is learnt that the post-mortem on Kim, who has been in the country since Feb 6, will be conducted on Wednesday.

Media reports stated that police are hunting for at least two women believed to be involved in the assassination.

South Korea's TV Chosun, a cable television network, said that Jong-nam was poisoned at klia2 by two women believed to be North Korean operatives, who remained at large.

Jong-nam and Jong-un are both sons of former leader Kim Jong-il, who died in late 2011, but they had different mothers.

Jong-nam was believed to be close to his uncle, Jang Song Thaek, who was North Korea’s second most powerful man before being executed on Jong-un’s orders in 2013, Reuters reported.

In 2001, Jong-nam was caught at an airport in Japan travelling on a fake passport, saying he had wanted to visit Tokyo Disneyland. He was known to travel to Hong Kong, Macau and mainland China, according to Reuters.

He said several times over the years that he had no interest in leading his country.

“Personally I am against third-generation succession,” he told Japan’s Asahi TV in 2010, before his younger had succeeded their father, Reuters reported.

Media reports in 2015 said that North Korean spies attempted to kill Jong-nam in Macau in 2011.

A bloody shootout with his bodyguards ensued, but he managed to escape with his life.

There has also been widespread speculation Kim Jong-un felt threatened by his older half-brother and had been planning to have him killed for some time.

In 2010, South Korean newspaper the Chosun Ilbo reported that Jong-nam has two wives, at least one mistress, and several children.