The opposition party urges Sabah government to follow Sarawak’s lead and work with AirAsia to build a terminal for budget airlines to boost tourism.

A Sabah opposition party has proposed the construction of a Low Cost Carrier Terminal (LCCT) – nearly two years after the first LCCT in Kota Kinabalu was closed – saying it will boost the state’s tourism sector. 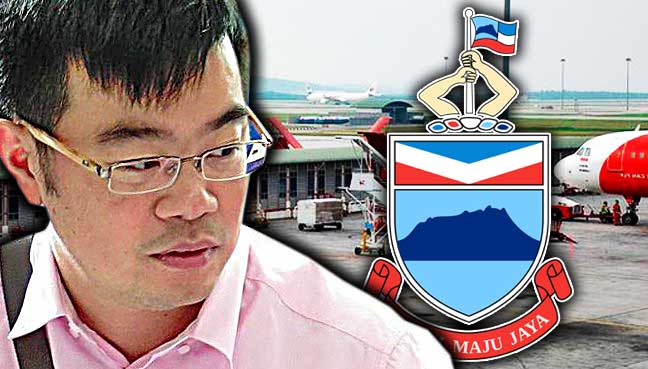 Citing reports that the Sarawak government was in talks with AirAsia to establish a LCCT in Kuching, Parti Warisan Sabah (Warisan) said Sabah could have been “a step ahead” had it accepted a proposal to set up a LCCT in 2015.

Warisan vice-president Junz Wong, who had mooted the proposal in the Sabah state assembly, told FMT that having a LCCT in the state capital would be healthy for the state’s tourism sector, as it provided an alternative terminal for contingencies.

In 2014, AirAsia clashed with Malaysia Airports Holdings Bhd (MAHB) by refusing to move from the low cost Terminal 2 in Tanjung Aru to the main terminal at the Kota Kinabalu International Airport (KKIA).

The budget airline cited the higher passenger service charge (PSC) in KKIA as one of the reasons to oppose the move.

At Terminal 2, the PSC was RM32 per passenger while the PSC at KKIA was RM65 per passenger. AirAsia felt the higher PSC would burden air passengers and add to travelling costs.

AirAsia finally moved to KKIA in December 2015 after being told to do so by Prime Minister Najib Razak, who said there were plans to turn Terminal 2 into a dedicated terminal for cargo and air services.

Wong, who is Likas assemblyman, noted that KKIA could only accommodate some nine million passengers while the passengers of AirAsia, Malaysia Airlines, Malindo and other airlines combined came up to 7.3 million in 2016.

Last year, MAHB managing director Badlisham Ghazali said there were plans to expand the KKIA apron and terminal to raise capacity from nine million to 16 million passengers over the next five years.

Previously, it had been reported that the Sabah government had allocated 40 acres of land for use by KKIA.

Though KKIA still has room for expansion, Wong said a LCCT was a more permanent solution and it should be constructed with AirAsia’s input on the 40-acre land.

“If MAHB is not agreeable to construct a LCCT on the land, we propose that Terminal 2, which was used as the old LCCT, be privatised for development as a LCCT once more,” he said.

He also said that in the past AirAsia had indicated it was open to working together with the Sabah government to turn Terminal 2 into a big LCCT to help the state earn millions in revenue.

Wong said the Sabah government could provide the land for the LCCT while AirAsia could support its funding.

He added that AirAsia, which recently bagged its ninth “World’s Best Low-Cost Airline” award at the 2017 Skytrax World Airline Awards, could help with the design of the LCCT as it knew the budget airline game better than anyone else.

“This way, it is a win-win arrangement for AirAsia and the Sabah government, while Sabah tourism becomes the biggest winner.”

FMT has contacted AirAsia and is awaiting a response.

Wong said it made sense for Sabah to have a LCCT as such a facility catered to a different market segment.

If it was not the right way forward, Sarawak would not be considering building a LCCT, he added.

“It is high time the Sabah government makes decisions which benefit Sabah rather than just following the direction of the federal government which instructed AirAsia to move out from Terminal 2.”

He said the state must be bold and take charge of tourism matters as it was a key industry for Sabah.

However, he voiced concern that the terminal might be converted to cater to regular fare passengers later on.

“We don’t want a repeat of the Kuala Lumpur International Airport 2 (klia2). That terminal was meant to be a LCCT but now it’s treated as a terminal for international travellers. However, the facilities aren’t like those in an international airport,” he told FMT.

Hamzah pointed out that passengers had to walk long distances to boarding gates and from the arrival hall through narrow walkways.

Then, AirAsia CEO Aireen Omar had even lamented that AirAsia, the biggest operator at klia2, had not been consulted in the design of the terminal.

She had said AirAsia should have played a major role as the budget airline and its subsidiaries accounted for 98% of all flights using klia2.

“LCCTs make travelling affordable. In klia2, the airport tax is the same as an international airport which makes it more expensive for low cost carrier players,” she added.

Where’s the money coming from?

“It depends on who will be paying for it because we understand the government will have financial limitations in the current economic climate,” he said.

Uzaidi said it would perhaps be better to focus efforts on getting more airlines to use KKIA.

“Hopefully, if more airlines go to KKIA, then MAHB can consider reducing the PSC.”

FMT has contacted MAHB for comment and is awaiting a response.