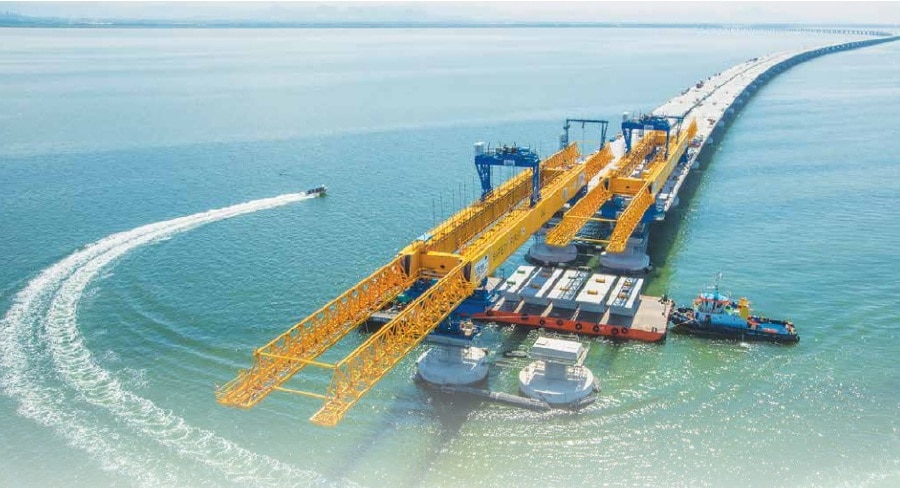 Its group managing director/chief executive officer Datuk Izzaddin Idris said on April 15, 1966, the name was changed to United Engineers (Malaysia) Sdn Bhd and on July 10, 1975, the company was listed on the Main Board of the Kuala Lumpur Stock Exchange.

This led to another name change – United Engineers (Malaysia) Berhad, and its present name, UEM Group, on January 23, 2007.

Today, UEM Group, one of the investee companies under by Khazanah Nasional Bhd, is Malaysia’s leading engineering-based infrastructure and services group and an international entity operating in emerging and matured economies.

Since its inception, UEM Group’s key strength is in undertaking large privatisation projects.

These include the North-South Expressway, which was completed 15 months ahead of schedule; property development in Iskandar Puteri in Johor and Mont‘Kiara in Kuala Lumpur; the Kuala Lumpur International Airport and klia2, as well as theNational Stadium in Bukit Jalil.

Today, the engineering-based conglomerate continues to carry out similar mega infrastructure projects, such as Merdeka PNB118, the Kuala Lumpur Women and Children‘s Hospital and the Pan-Borneo Highway in Sabah.

Izzaddin said UEM had expanded their presence in key countries around the world, including Indonesia, India, Singapore, Taiwan, Australia, Canada and South Africa.

“In Indonesia, we built the CikopoPalimanan highway — a 116.75km toll road and the longest toll road ever built in Indonesia. We have property developments in Melbourne, Australia, and Vancouver, Canada,"he said.

Izzaddin added that they were also the leading support services provider for the private and public healthcare segments in Singapore and Taiwan. “Our objective is to build and provide infrastructure and services that strengthens communities and enables individuals to live better, happier and more fulfilling lives”.

“We build and maintain expressways that traverse the nation. We build properties and townships for communities to live and grow. We build bridges, urban transit and airports so that communities are better connected,” he said.

“We also build and service hospitals so that individuals are cared for as well as provide employment opportunities for local communities,” he said.

“While operational and financial excellence is important to UEM Group, it has never forgotten its Corporate Responsibilities (CR).

UEM Group believes that education is a major component to the development of social and economic capital.

“Quality education is a key driver of growth in the economy. With this in mind, the majority of our CR initiatives focuses on education,” Izzaddin said.

He added at present, UEM Group and its Group of Companies have adopted 36 schools under the PINTAR School Adoption Programme which sees it carrying out several initiatives, including motivational and remedial classes, exam clinics as well as financial literacy for Ujian Pencapaian Sekolah Rendah (UPSR) students and workshops for teachers.

From 2013 to 2016, it had organised tuition classes for UPSR students covering English, Science and Mathematics.

This annual programme, which is done together with state Education Departments and local authorities, has benefited 1,293 students from 46 schools.

UEM’s Back-to-School programme is one of its flagship CR initiatives, which it started in 2013. Since then, it has provided essential back-to-school items to some 40,000 students and invested over RM8.5 million.

“In addition, we, via Yayasan UEM, provides scholarships to high-potential Malaysian students from different backgrounds to pursue their tertiary education. We also provide financial assistance for children of eligible employees across UEM‘s group of companies. Known as the UEM Group Study Grant Programme, we allow them to pursue tertiary education in any fulltime course at a public or private college or university, or even at a vocational or technical institute,” he said.

“We believe the key to success is not just what we already know, but rather what more we can do to further enhance our knowledge and skills.

“With this in mind, we have invested some RM54.72 million from 2013 to 2016 on human capital development. At the same time, we partner with several higher leaning institutions in several initiatives, in addition to actively participating in the 1Malaysia Training Scheme (SL1M) programme, where we provide fresh graduates with experience and handson job exposure, allowing them to seek better employment in the future.”

UEM Group is also supportive of Bumiputera vendors, as more than RM5 billion worth of contracts had been awarded by UEM Group and its subsidiaries from 2011 to 2016.

“We currently have 51 Bumiputera vendors that we are developing and we’ve pledged to develop 40 more between this year and 2020,” he said.

“From its Tabung Zakat UEM, the company provides annual funding to University Malaya Medical Centre and UKM Medical Centre, thus allowing less the fortunate to receive the medical attention they deserve. The same is offered to Universiti Teknologi Mara students to help ease their tuition fees.”

While financial assistance is a great help, volunteerism is another avenue which UEM Group strongly recommends organisations adopt.

“At UEM Group, our volunteering programme is known as UEM ALERT.

Since its inception in 2006, our volunteers have provided their expertise, time and assistance to communities by undertaking social and environmental programmes,” he said.

The programmes included providing post-disaster relief and rehabilitation assistance across Malaysia to flood victims in various states volunteers were on hand to deliver relief supplies and provisions and took part in various clean-up efforts in affected areas in the country.

For the 2014 flood victims in Kelantan, UEM Group, in cooperation with the Works Ministry, built 58 units of new homes in Kuala Krai under the programme Rumah Kekal Baharu, at a total cost of RM3.36 million via the Industrialised Building System (IBS).

Izzaddin said they were proud to take part in Malaysia’s nation-building efforts.

“UEM Group has built many of Malaysia’s public infrastructure and iconic projects that have helped our country gain a progressive reputation the regional and global stage. Our hope and ambition is to continue doing so but by enhancing our delivery, to be more efficient and effective in meeting the needs of Malaysians and to proudly be the flag-bearer of Malaysia overseas,” he said.