It’s been a long journey but BorderPass, the brainchild of Faisal Ariff, aimed at easing immigration at airports with the use of technology has passed the final acceptance test with the Malaysian Immigration Department and on September 1, the first auto-gate will commence operations.

Here’s the story of how BorderPass got started – and it begins in a land of snow and ice. 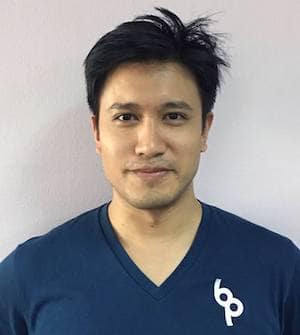 Faisal Ariff: “We just want to make immigration at airports seamless and secure.” (Image credit: BorderPass)
It was early 2014, Faisal Ariff was on an International Youth Expedition to the Antarctica led by Sir Robert Swan, the renowned polar explorer and the first person to walk to the North and South Poles.

While there, he received news that he was one of five finalists of the first ever Singularity University Global Impact Competition in Malaysia. The competition was held simultaneously in 15 other countries to search for an idea that would impact one million people in the next five years.

Faisal had come up with the idea of a digital immigration form to ease the hassle of queuing up at immigration at airports, and making the process seamless and secure through Passport 2.0 (later renamed BorderPass).

He wanted to return to Malaysia to make his presentation, as required by the competition, but instead Swan persuaded him to make a video in Antarctica and present his idea against the backdrop of snow and penguins. (The video at the end of this article explains the concept of BorderPass).

Back in Malaysia, Faisal’s brother was at hand to answer queries from the judges. His idea emerged the winner, and with it came a sponsorship to Singularity University in Silicon Valley for its Graduate Studies Programme in June of the same year.

“We do this by replacing paper immigration forms with online profiles, which are sent to the destination country as soon as you book your flight. The immigration authorities will review your profile in advance. All you have to do on arrival is to swipe your biometric passport, scan your fingerprint at a BorderPass automated gate, which incorporates the latest in biometric verification technology, and off you go, skipping the hassle of a lengthy immigration,” he explains.

A singular mission to solve immigration problems for travellers

Faisal started working on the prototype during his few months’ tenure in Singularity University. One of the objectives of the university is to solve the problems of the world such as water supply, housing and security issues. 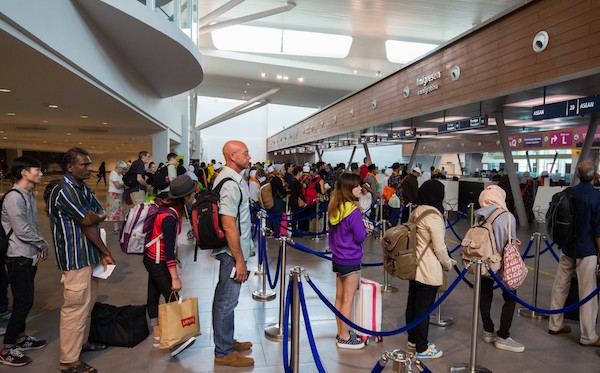 This is what travellers using BorderPass can avoid at immigration (Image credit: JustinRayboun/iStock)

“We split into teams and apply our solutions to these problems. With my team we started to build the prototype of the automated gate with the housing made of wood with needed materials sourced from companies in Silicon Valley.”

On completion of his term at Singularity University he tried to convince his team members (a Brazilian and two Americans) to come to Malaysia to make Passport 2.0 a reality, but they did not want to relocate.

Returning home, Faisal found his team comprising four members (incuding him), and started to build the product. The name was changed to BorderPass, as Microsoft owns ‘passport.com’.

The challenge of getting buy-in from four parties

One obvious concern, says Faisal, is privacy over personal data being disclosed. But as he argues: “The information being disclosed isn’t sensitive. Furthermore it will be disclosed at destination governments at some point anyway.”

He didn’t realise it at the time but he faced a big challenge – to convince four parties – passenger, airline, airport and government – to adopt the system. But he was convinced it could work, as the system is similar to credit cards.

“For credit cards to work they require four parties – customer, customer bank, merchant, merchant bank – to use the system. So it’s not impossible to achieve as everyone involved has similar incentive for BorderPass to work.

“Many people we spoke to love the idea. It strikes a chord with frustrated, tired travellers all over the world.”

With that conviction, he started to knock on doors. “I didn’t know anyone in Malaysia, so we were literally pitching to junior officers, then the management, immigration departments, ministries of home affairs and tourism, and finally we got the chance to present the idea to the Economic Council headed by the Malaysian prime minister.”

At the regional level, he marketed his idea to the Asean Secretariat and attended regional meetings like the 2015 Meeting of the Asean Directors-General of Immigration Department and Heads of Consular Affairs Divisions of the Ministries of Foreign Affairs in Phnom Penh, Cambodia.

Breakthrough as first autogate gets the green light to start

Faisal’s hard work paid off and he received approval to start a pilot programme at the Kuala Lumpur International Airport (KLIA) and the budget terminal klia2 in Sepang. It took his team a year to build the solution. 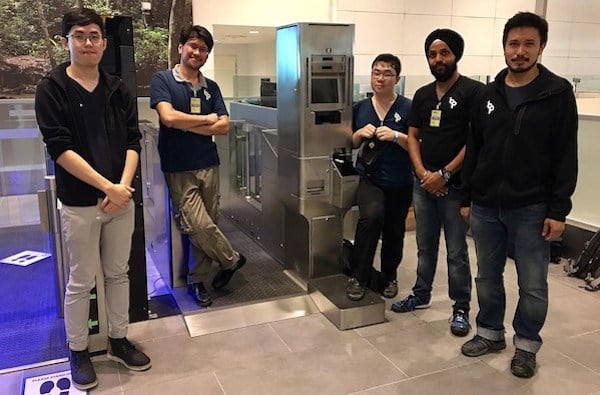 In November 2016, the first BorderPass autogate was set up at klia2. It recently passed the final acceptance test with the Malaysian Immigration Department, and the gate will start operations on September 1 with the Asean Business Programme and for arrivals only. Companies approved by immigration to join the programme will be well-known multi-national companies.

The approved company’s staff can register online for the programme at the BorderPass website. First-time users of the autogate just need to go through a one-time verification process with the immigration officer. The gate then enrols their passports and biometrics to enjoy speedy immigration after.

Funding for BorderPass has been from Malaysian companies including Cradle Fund, Teraju under its Superb Programme, PlaTCOM Ventures and the Malaysia Technology Development Corporation (MTDC). Revenues come from fees from companies registered with BorderPass.

Conquering airports, one autogate at a time

“We’ll add autogates one by one. The autogate at klia2 is like a calling card for us, as we are testing with real passengers. We want to make sure the design is right and it works as it should, and get feedback to improve on future autogates.” 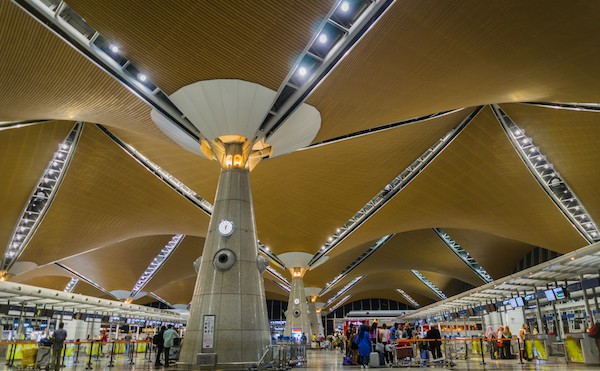 KLIA will have a BorderPass autogate by the first half of 2018 (Image credit: uskarp/iStock)

Faisal says the BorderPass autogate for KLIA will be set up by the first half of 2018. “We want to cover all major Asean airports over the next five years.”

He also wants to expand the programme to families. “Family members are usually separated when they go through immigration as the automated gates are only for individuals. I want to set up a system that makes it possible for entire families to clear immigration at the same time.”

Another project he is keen on is a BorderPass autogate for the Malaysia-Singapore Causeway. “I used to travel on coach when I was working in Singapore and it took some time to clear the large number of people at the Johor Bahru-Singapore immigration. The autogate will allow more people to clear in a short time.”

2018 will also see the pre-registered traveller use the autogate for departures, as currently it is only for arrivals.

He, however, points out that six out of 16 airports in Asean are suffering from passenger overload. “By 2034 about seven billion travellers globally will be passing through airports in a year. We’ll have the opportunity to get into some of the crowded airports and fix the problem.”

“If you say you are going to do something — do it”

On how he feels about his achievement, and that all the knocking on doors has paid off, Faisal says, “Tired, nervous, stressed”, and “a sense of relief that we have done something out of what we set up three years ago. You can call it ‘delayed gratification’.”

He says he was inspired by Robert Swan who told him: “If you say you are going to do something — do it.”

Having done it, he’s now inspired to tell young people that they can build up something from nothing. “I can take a moral stand to say that we set up BorderPass through hard work, our own ability and talent and not through connections.

“We did not start the company with big plans, make big dollars, to be a unicorn and retire at 40. We just want to make immigration at airports seamless and secure.”

Note: BorderPass has gained international recognition. In 2016 it won two awards – voted ‘Startup Of the Year ‘by Amadeus IT Group’s customers in Bali (it is now part of Amadeus’ startup community, Amadeus Next) and won first prize at the Asian Entrepreneur Award in Tokyo that comes with two years of free office space at 31Ventures by Mitsui Fudosan. It is also listed as one of the top 500 startups worldwide to present at ‘Hello Tomorrow’ October event in Paris.