PJ Utara MP says MAHB calling klia2 'second permanent terminal to KLIA' is only to serve its own needs. 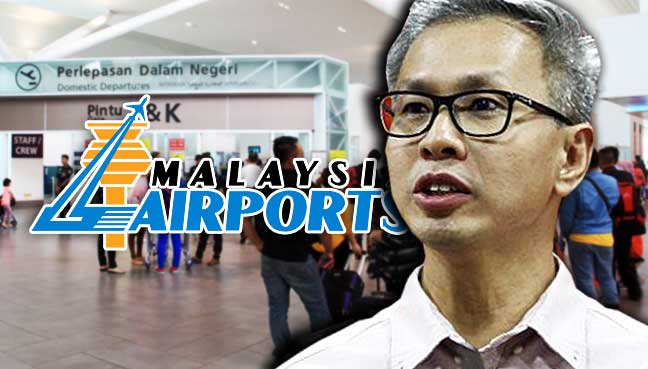 Malaysia Airports Holdings Bhd’s (MAHB) statement yesterday, calling klia2 a “permanent second terminal to KLIA, contradicts its own references to the airport which was launched in 2015, says Tony Pua.

Calling this terminology the latest incarnation for what was originally intended to be the new low-cost carrier terminal, the Petaling Jaya Utara MP chided MAHB for trying to confuse Malaysians simply to justify an increase in passenger service charges (PSC) at klia2.

“Malaysians are rightly confused with the shifting terminologies and inconsistent definitions of what exactly is the purpose and intent of klia2.

“Is klia2 a ‘low-cost terminal’, a ‘hybrid airport’ or a mere ‘extension’ of the main KLIA terminal?” he asked in a statement.

MAHB had released the statement in response to Pua’s criticism on the passenger service charges (PSC) for non-Asean international flights being the same as that imposed in KLIA from next year. The klia2 PSC for such flights will be increased from RM50 to RM73.

“Together with the government, we had made the strategic decision to build a second permanent terminal for KLIA that will accommodate increased capacity requirements, or in other words, future growth,” MAHB said in its statement denying that klia2 was a low-cost carrier airport terminal.

Pua, who is DAP national publicity secretary, said this showed that MAHB is also ditching its own much-ridiculed “hybrid airport” definition used previously based on what the government had called it.

“Deputy Minister of Transport Abdul Aziz Kaprawi had announced in July 2013 that ‘klia2 will no longer be a low-cost terminal, but Malaysia’s first hybrid airport with upgraded business-class services alongside total international passenger segregation’.

“The announcement was made at the time partly to justify the astronomical increase in the cost of the terminal from RM1.7 billion to more than RM4 billion.

“However, if you were to download a brochure from MAHB’s own website, it clearly states, ‘klia2 is positioned to be the biggest terminal for Low Cost Carriers (LCC) in the world, serving as a global benchmark for future terminals of its kind’,” Pua said referring to the brochure titled “klia2 – The Rise of the New Titan”.

Pua accused MAHB of coming up with the “new name” for klia2 for its own benefit.

“MAHB is redefining klia2 so as to imply that there is no difference in the service quality between KLIA and klia2, purely to justify the equal PSC to be imposed at both terminals,” he said.

“However, regardless of whether MAHB wants to call klia2 a ‘hybrid airport’ as it did in 2013, or a ‘second permanent terminal for KLIA’ as it did yesterday, the fact remains that klia2 has at all times since its approval by the Cabinet, been intended specifically to serve as a new ‘low cost carrier terminal’ to replace the old makeshift LCCT.”