Deputy home minister tells Dewan Rakyat there was no way authorities could have known real identity of North Korean with passport under different name.

Speaking at the Dewan Rakyat sitting yesterday, Nur Jazlan said Jong Nam had entered the country using a different name, and that there was no way the government could have known who he was, Channel NewsAsia reported.

“No, we did not overlook (this). How could we have known that he had entered using a different name?” he was quoted as saying. 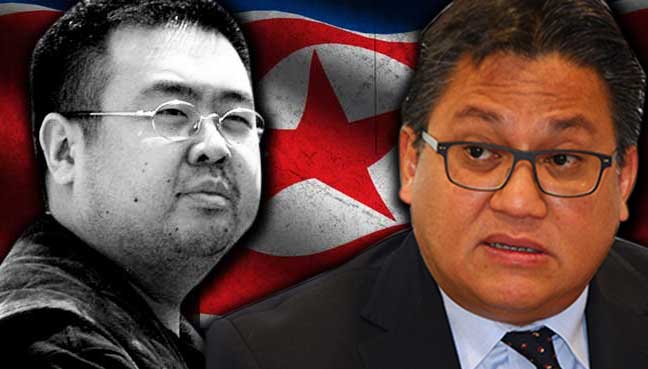 Following the murder, a dispute arose over the identity of the victim as Jong Nam had entered Malaysia using a North Korean passport with the name Kim Chol. Pyongyang refused to acknowledge him as Jong Nam, recognising him only as being a citizen of North Korea.

It wasn’t until March 10 that the Inspector-General of Police Khalid Abu Bakar confirmed that there was conclusive proof of Jong Nam’s identity.

Authorities also came under heavy fire over the issue of national security, with many asking how two women were able to assassinate the half-brother of North Korean leader Kim Jong Un on Malaysian soil.

However, Transport Minister Liow Tiong Lai denied this, stating that klia2 was a secure site that had the “best security system”.

“It is vital for us to have the best security system and our airport is safe,” he said in a report by national news agency Bernama.

Jong Nam was killed at klia2 while awaiting a flight to Macau. Indonesian Siti Aisyah and Vietnamese Doan Thi Huong have been charged with his murder while police have identified seven North Koreans wanted for questioning in connection with the killing. Four of them fled the country within hours after Jong Nam’s death, while three more are believed to be hiding in the North Korean embassy in Kuala Lumpur.

Last week, Interpol issued a “red notice” seeking the four North Koreans who are wanted in connection with the murder, following a request from Malaysian police.

Meanwhile, on Sunday, Reuters reported Inspector-General of Police Khalid Abu Bakar as saying police were expected to make a few more arrests, including an “important person”, in connection with the murder.