The Immigration Department followed standard operating procedures (SOP) in denying a Taiwanese national entry into Malaysia after her passport was found to be damaged, says its director-general Mustafar Ali.

The 34-year-old woman, named Yu Ya Chien, arrived at the Kuala Lumpur International Airport 2 (klia2) on an AirAsia D7373 flight from Taipei on March 9 at 10pm. 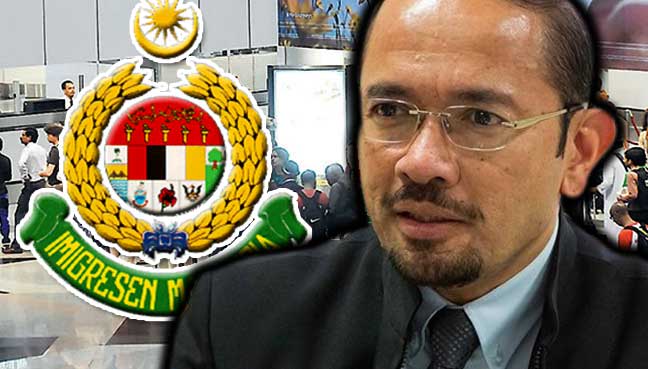 “She was denied entry (into Malaysia) by the Immigration Department for possessing a damaged and torn passport. We followed the SOP and the laws (in handling her case),” he said in a statement here yesterday.

Mustafar said according to the procedures of the Not To Land (NTL) order under the Immigration Act 1959/63, those refused entry would be handed over to the same airline for deportation to their country of origin on the first available flight.

“On average, each individual will wait between two and three days before the eventual flight home,” he said, adding that Yu was sent home on an AirAsia D7372 flight to Taipei on March 11 at 9.20am.“Subsequently, all matters concerning the individual, including their welfare and food, will have to be borne by the airline. While waiting for the airline to send the NTL person(s) home, the individual would be placed at a holding area.

Mustafar said NTL person(s) were required to surrender all electronic devices to the Immigration officer on-duty at the holding area while waiting for the flight back to their country of origin.

Other valuables such as cash, jewellery and identification documents were under the responsibility of the individual, who was also required to sign the NTL Surrendered Items form.

“In Yu’s case, she surrendered two mobile phones and kept her cash with her…She was instructed to stay at the holding area,” he said.

Mustafar said the department viewed Yu’s allegations on Facebook, under the name Chiao Mei, seriously and conducted an unscheduled visit to klia2 between 2am and 4am on Saturday to check on the matter and the existing facilities.

“We contacted the Taiwanese Embassy to set the record straight and they are willing to cooperate with the Immigration Department to ensure all citizens of the republic adhere to the laws and regulations in Malaysia,” he added.