The Malaysian Aviation Commission (Mavcom) aims to raise the passenger service charge (PSC) for international flights at klia2 from RM50 to RM73 in order to match the fee at KLIA. 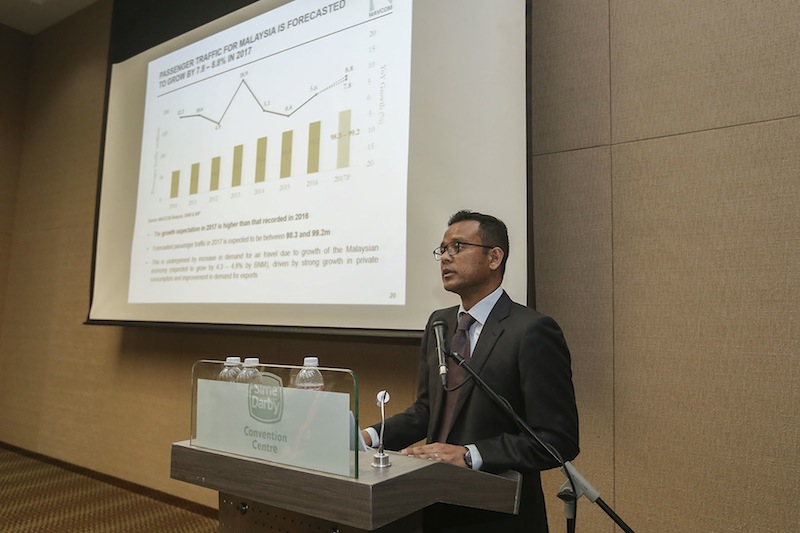 Mavcom chief operating officer Azmir Zain said the PSC at KLIA was already one of the cheapest, and that the charge at the klia2 low-cost terminal must be increased to match this.

“To equalise this, it will most likely happen by January 2018. At the moment it is still under review,” he told a news conference.

The streamlining was needed to ensure better services for consumers as well as to promote fairer competition among airport operators, he said.

Azmir today also unveiled Mavcom's inaugural industry report titled “Waypoint”, in which it predicted passenger traffic growth to surpass last year’s 8 per cent for a total volume of between 98 million to 99 million people.

“This comes on the back of a stronger demand for air travel as average fares declined in recent years, with international routes seeing a sharper drop compared to domestic routes,” Azmir said.

“I cannot say how much capital expenditures will these airport operators need as expansion and renovation plan differs from each airport.

“But something must be done to address the capacity requirements,” he said.