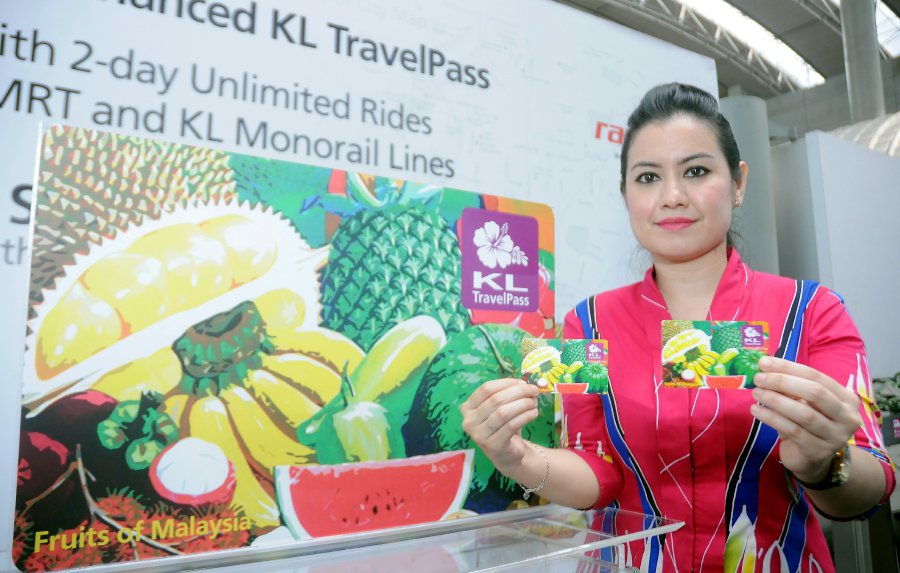 Minister in the Prime Minister's Department Datuk Seri Nancy Shukri said the card – which is a collaboration between ERL and Prasarana, through their subsidiaries Rapid Rail Sdn Bhd and Touch 'n Go Sdn Bhd – will increase public transport usage, particularly among tourists.

"The KL TravelPass will further increase rail ridership as well as promote tourism via rail transport in the city and the greater Klang Valley.

"I believe this travel card will be a favourite among tourists, as they can enjoy unlimited rides on rail transport, without worrying about queuing or setting aside loose change to buy tokens for the train," Nancy told reporters after the launch of the card at KL Sentral here today.

She said the launch of the enhanced card is also timely, in view of the upcoming 2017 Kuala Lumpur Sea Games.

"It is in time for the athletes, officials and visitors flying here for the games," Nancy said.

Also present at the launch was ERL executive chairman Tan Sri Mohd Nadzmi Mohd Salleh, who said that the enhanced card will encourage cardholders to tour the city’s downtown and surrounding areas.

"Our existing (old) KL TravelPass allows cardholders to travel on the non-stop KLIA Ekspres service from KLIA and klia2 to the city, and continue their journey in the city on all trains and Rapid KL buses for up to RM10 in value.

"But the enhanced KL TravelPass upgrades this RM10 value to two days of unlimited rides on all Rapid KL LRT, MRT and monorail train lines," he said.

Mohd Nadzmi said the unlimited rides will also be extended to BRT and Rapid KL buses in the near future.