Malaysia Airports Holdings Bhd (MAHB) has begun its internal investigation into the leaked closed-circuit television (CCTV) footage connected to the death of Kim Jong-nam at klia2.

Its managing director Datuk Badlisham Ghazali said he deeply regretted the incident in which the video recording was illicitly obtained and aired by the foreign media.

He said MAHB’s security unit had also lodged a police report about it on Monday.

“We deeply regret the leakage of the recording considering that it is very sensitive evidence. Plus, the airport is a restricted area that cannot be conveniently trespassed (by anyone),” he told Bernama. 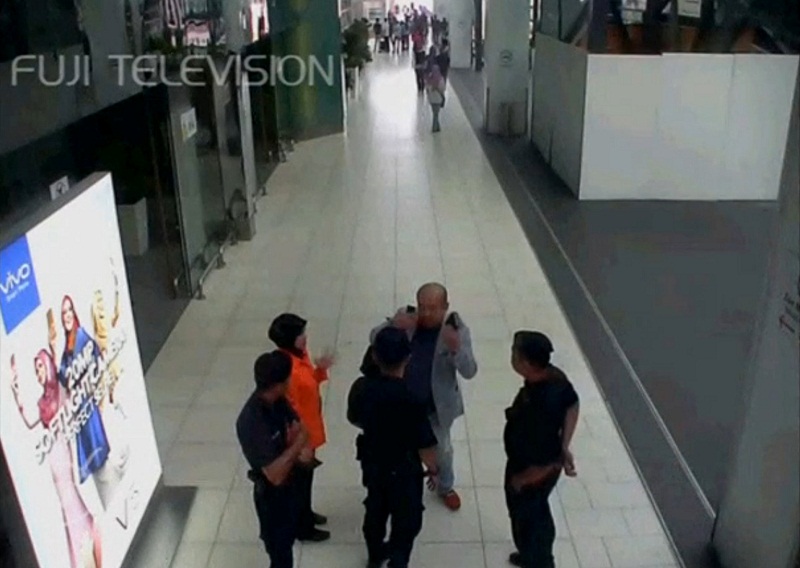 A still image from a CCTV footage appears to show a man purported to be Kim Jong-nam talking to security personnel, after being accosted by a woman in a white shirt, at KLIA2 on February 13, 2017. — Reuters pic

Badlisham said MAHB was now working with the government on the case and had handed over the copy of the recording to the police on Feb 14.

“The master copy is still with us as we are the operator for KLIA2,” he said.

Badlisham said MAHB would conduct its investigation accordingly including, identifying the individual(s) who had entered the CCTV recording room on the day of the incident.

“We will investigate who was on duty on that day and unauthorised person(s) who entered the room,” he said.

According to Badlisham, the airport operator would also find out whether the recording was taken via a mobile phone or other means.

“MAHB will not take this matter lightly and rest assured that we will take the sternest action possible against the culprit(s),” he said.

Following the incident, he has issued instructions for security control in the CCTV rooms at all airports operating under MAHB to be heightened.

“This includes not allowing unauthorised persons and mobile phones into the room, as well as to sign (in logbook) as a proof of attendance,” he said.

On Feb 13, Jong-nam was in KLIA2 to board a flight to Macau when a woman suddenly covered his face with a cloth laced with poison.

Jong-nam, the elder half-brother of North Korean leader Kim Jong-un who had carried a passport with the name of Kim Chol, died while being rushed to the Putrajaya hospital. — Bernama