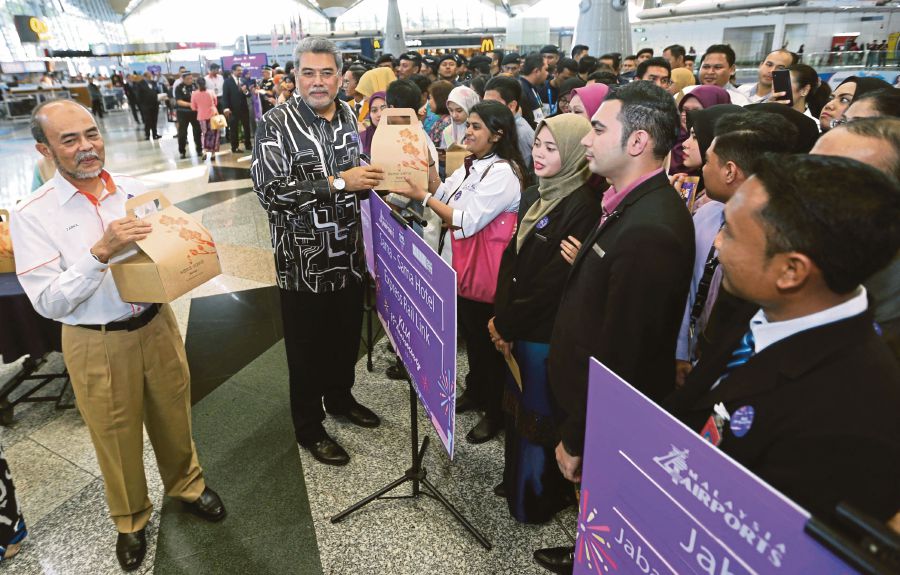 At a press conference after the water cannon ceremony to welcome Philippine Airlines (PAL) back at KLIA yesterday, MAHB senior general manager Zainol Mohd Isa said the group is aiming for up to 58 million passenger traffic in 2017 for both KLIA and klia2, whose growth will be driven by passengers from China, India and the Asean region.

“Last year, we had about 52 million passengers for both terminals. This year, we hope to achieve about 57 million to 58 million,” he said.

“Even with the tourism tax coming in August this year, we are confident that we are going to be able to achieve that,” he elaborated.

“Malaysian hotel rates are not expensive compared to places like Singapore and even Jakarta, so I don’t think people would not travel just because of the tax,” he added.

The tourism tax is slated to be implemented on Aug 1 this year.

Meanwhile, PAL resumed its service yesterday with a daily flight between Manila and KLIA, after it stopped three years ago in 2014.

At the press conference, PAL senior vice-president for operations Ismael Augusto S Gozon said the Manila-KLIA route will provide direct access to new business opportunities, and convenience to close to 800,000 overseas Filipino workers that are employed in Malaysia.

“Through PAL flights and code-sharing partners, we can carry passenger traffic from Kuala Lumpur to China, Japan, South Pacific and North America, and thus enhance our Asean network,” he added.

Ismael said PAL is using the Airbus A321 to serve the Manila-KLIA route.