The radiation and nuclear safety authority will be asked to sweep klia2 for traces of VX nerve agent, which is so potent that a female suspect in the murder of Kim Jong-nam vomited a few times after coming into contact with it.

The public, however, has been assured that the airport is safe.

Inspector-General of Police Tan Sri Khalid Abu Bakar revealed yesterday that VX nerve agent was the substance that was used to kill the half-brother of North Korean Kim Jong-un on Feb 13 at klia2.

It is classified as a chemical weapon under the Chemical Weapons Convention, which banned it in 1993.

Yesterday, Khalid said there could still be traces of VX in the area where two women swabbed Jong-nam’s face with it.

“Yes, we are worried about that but I am not an expert, so we will get the experts to come and check,” he said, referring to the Atomic Energy Licensing Board.

“We will get them to sweep all the areas that the chemical may have been present,” Khalid told reporters in a press conference here yesterday.

Khalid also made it clear that there was “no need to stay away” from KLIA2 or to cordon off the area now.

“Let us get it checked first,” he said.

Khalid said police were trying to find out how the toxin got into the country.

“But if it was a very small amount, it would have been very hard to detect,” he said.

Khalid confirmed that one of the female suspects suffered from side effects of the chemical.

“She vomited a few times after coming into contact with it,” he said.

The two women – a Vietnamese and an Indonesian – along with two men were detained following the murder that has been the talk of the world.

Khalid also dispelled reports that Jong-nam’s next of kin would arrive today to identify the body.

He said his deputy, Tan Sri Noor Rashid Ibrahim, was misquoted in those reports which stated that a family member was expected to come to Malaysia. 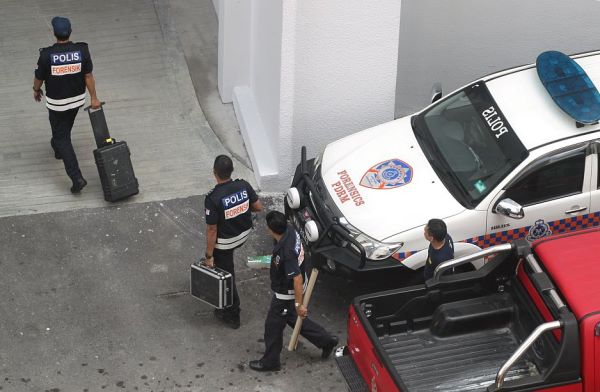 Danger zone: (Above and below) Police forensic officers and a Hazmat team entering a condominium in Old Klang Road. They are believed to be carrying out tasks related to the investigation into the assassination of Jong-nam. — AZMAN GHANI/The Star

The police, he said, were still waiting for the next of kin to come forward.

VX (S2 ethyl diisopropylamino methylphosphonothioate) is a toxic substance that has no known uses except in chemical warfare as a nerve agent.

It is a tasteless and odourless liquid.

Just 10mg is enough for it to be fatal through skin contact and 30-50mg/per cubic metre for one minute if it was inhaled.

The production and stockpiling of VX exceeding 100g per year per signatory was outlawed under the Chemical Weapons Convention.

The only exception for its use is for research, medical or pharmaceutical purposes.

It is classified as a weapon of mass destruction by the United Nations.

Jong-nam was killed after two women smeared his face with a chemical at KLIA2 where he was scheduled to leave for Macau. 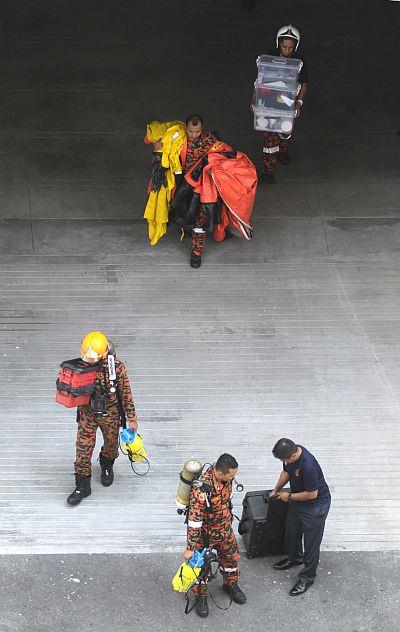