Visitors assured of safety with necessary precautions in place.

“We have checked with Menara Clinic in the klia2 terminal and there has been no anomalies in the medical cases reported at the clinic since the date of the incident.

“However, as the police have earlier indicated, the case involved a highly toxic substance, so as a safety precaution, we sent the customer service staff who attended to the victim for a medical check-up and the medical report states that she is in good health,” Malaysia Airports said in a statement today. 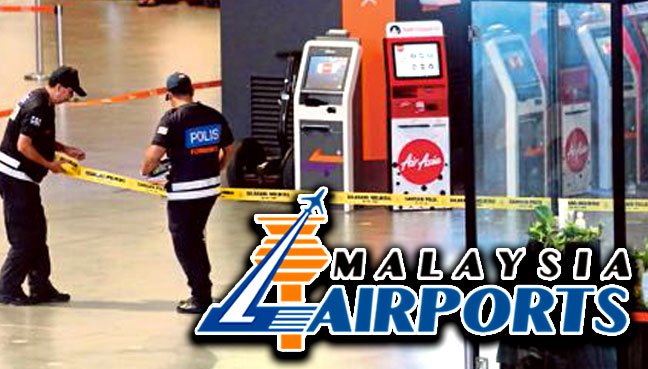 Earlier today, Reuters quoted Inspector-General of Police Khalid Bakar as saying one of the two female suspects detained in Jong Nam’s murder probe was suffering the effects of the highly toxic nerve agent.

“This process is performed six times a day at the klia2 terminal. All the toilets are also washed down nightly. We have also been informed that the cleaning staff are in good health.”Malaysia Airports said passengers however did not have to worry about coming into contact with the nerve agent because the terminal was cleaned by a standard process utilising machines and cleaning chemicals.

Malaysia Airports managing director Badlisham Ghazali said in the statement that the airport was working with parties such as the health ministry to ensure the safety and security of all passengers.

“The health ministry has advised the public not to worry as had there been exposure (to the nerve agent), those exposed would have shown signs and symptoms immediately or within 18 hours after exposure.”

Malaysia Airports also said it would offer full cooperation to the police in their investigations into the Jong Nam murder.