A month after the high profile killing of Kim Jong-nam at klia2, the airport is still as busy as ever with travellers rushing to catch flights to their next destinations.

Pushing their trolleys and lugging their carry-on baggage to the check-in counters, travellers are too preoccupied with this task than to care about what happened on the morning of Feb 13.

That day, the exiled half-brother of North Korean leader Kim Jong-un was attacked by two women who wiped his face with a nerve agent known as VX as he was about to catch a flight to Macau. 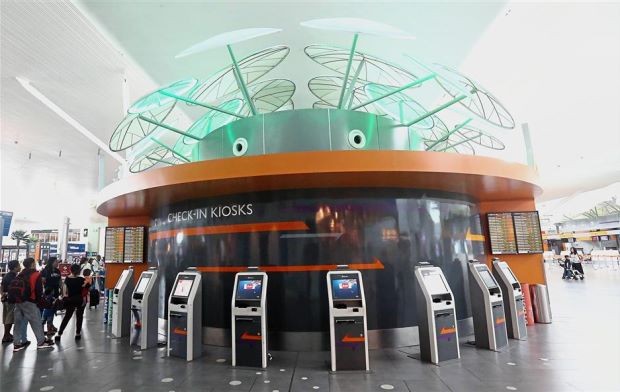 Back to normal: Travellers going about their business at klia2.

The two women – Vietnamese Doan Thi Huong and Indonesian Siti Aisyah – have since been charged with his murder while a third suspect, North Korean chemist Ri Jong-chol, was released and deported due to lack of evidence.

There is also a third suspect – Ri Ji-u, 30, known as James – but little is known about him.

Since the murder, police had declared klia2 free from the nerve agent following an early-morning sweep by the Hazmat team about a week after Jong-nam was murdered.

When asked, some travellers claimed to not know that a murder had happened at the airport while others did not let the sensa­tional episode bother them.

Japanese high school student Yuta Nagase, 17, said he is aware of the incident but did not allow it to ruin his vacation to celebrate completing high school.

“I was a bit worried that there might still be traces of the VX agent here but I decided to go ahead with my plan to come to Malaysia.”

Nagase also noticed that the incident was not a popular conversation topic here like it was in Japan but said it could be because of the distance between the two countries.

“North Korea is not far from Japan and there was also a similar incident in our country before so we know how dangerous the chemical is. Most Japanese are shocked that it happened again and in a different country,” he said referring to the Tokyo subway attack in 1995.

Since the incident, security has also become tighter with airport officials, personnel at the attached Gateway mall and police all prohi­biting pressmen from asking questions and “bothering travellers”.

A Gateway mall security supervisor said the mall’s management had issued such instructions since the incident and media organisations needed written permission from the management to conduct interviews at the premises.

The same written permission was required by klia2 officials.