Malaysia Airports Holdings Bhd (MAHB) has heaved a sigh of relief that no residue of hazardous material was found during a decontamination sweep at klia2 recently.

"We are very relieved with the outcome of the investigations. We have worked very closely with the police (on) this case. One of the things we wanted (was a) thorough sweep (of) klia2 to ensure there was no residue of hazardous materials (and) that it is free of any form of contamination and is a safe zone," said MAHB managing director Datuk Badlisham Ghazali today.

"We were very concerned about the threat of VX, because it has been about two weeks since the incident.

"Additionally, we have also announced that blood tests were done for our customer care personnel who went to the aid of the North Korean victim, and doctors cleared the personnel of any contamination. 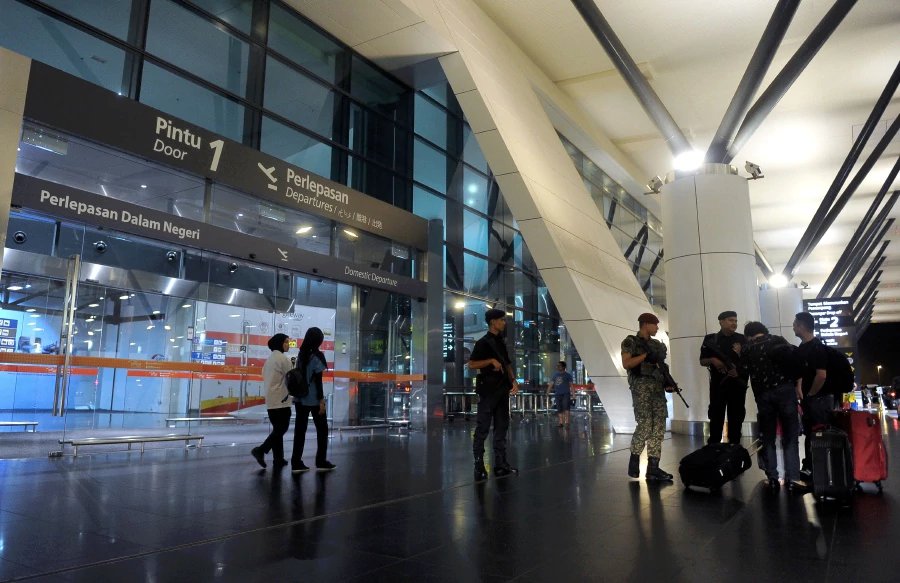 Malaysia Airports Holdings Bhd (MAHB) has heaved a sigh of relief that no residue of hazardous material was found during a decontamination sweep at klia2 recently. (Bernama photo)

"We will also send any other staff (who may need) to get themselves tested," he added.

Kim Jong-nam, the estranged half-brother of North Korean leader Kim Jong-un, was assassinated using the highly-toxic VX nerve agent at klia2’s departure hall on Feb 13. Jong-nam had been waiting for a morning AirAsia flight to Macau, where he lived.

The decontamination sweep that followed on Sunday, Feb 26 – conducted by the police, the Atomic Energy Licensing Board (AELB), and the Fire and Rescue Department – found no traces of the toxin, classified by the United Nations as a weapon of mass destruction.

On the issue of CCTV footage of the assassination at klia2 being leaked and obtained by a foreign news media agency, Badlisham said MAHB is carrying out internal investigations, as well as cooperating with the authorities.

He added that several KLIA personnel were called in for police questioning last week. However, he declined to say how many staff were involved and which departments they are from.

Badlisham also reassured the public that the airport has beefed up its security.

"The site where the attack took place was a public space. Now, we are prepared on how to react to such incidents. Security has been beefed up, not only on our part, but also involving the police and army," he said.

Badlisham spoke to the media at an event celebrating the inaugural flight of Cathay Dragon, which arrived at KLIA from Hong Kong International Airport.