Investigators still need the DNA samples to confirm whether the person assassinated on Feb 13 at klia2 is actually Kim Jong-Nam, the half-brother of North Korea's leader Kim Jong-Un.

Inspector-General of Police, Tan Sri Khalid Abu Bakar, however, said they are confident in getting the DNA samples to verify the identity.

"Investigators need the DNA to confirm the identity of the man and dental and medical records were usually used in identifying disaster victims," he said, adding that police will give the next of kin more time to enable the DNA to be obtained.

He nonetheless did not say when the samples can be obtained when pressed on a time to do so but "will give a reasonable amount of time."

"I won't say," he said in a press conference yesterday when asked if the family of the deceased was already in Malaysia. 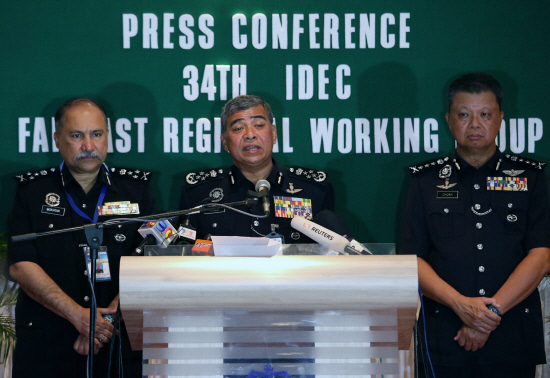 Kim Chol, or Kim Jong-Nam was waiting for a flight to Macau at klia2 on Feb 13 when two women came and wiped their toxin laced palms on his face with a VX nerve agent, a weapon of mass destruction (WMD).

He died en route to the Putrajaya Hospital after seeking help at the customer counter.

An Indonesian national, Siti Aisyah, 25, and Vietnamese Doan Thi Huong, 29, were charged for his murder on Feb 23.

Khalid also said police have issued a "blue notice" to Interpol against four suspects who are wanted to assist in the murder investigations.

He said their movements worldwide will be alerted to the Malaysian police.

Khalid added police will "wait for them to come out" when asked on the suspects police wanted for questioning who are believed to be in the North Korean embassy.

He said police have issued a request for them to be produced under the Criminal Procedure Code (CPC) and will apply for arrest warrants.

"We will wait, even if it takes five years, we will wait," he said adding the North Koreans were not cooperative in the investigations.

Khalid also refused to speculate if the murder of Jong-Nam was a form of state sponsored crime.

"We will investigate all crimes no matter who sponsors," he said.

On another issue, Khalid said police managed to detain the seven Islamic State (IS) militants in the nick of time.

He said the militants were planning to attack the Saudi Arabia royalty who were recently in Kuala Lumpur and were stopped.

"They didn't get close," he added.