He said North Korea should not see the death of the half-brother of North Korean leader Kim Jong-un as merely its internal issue as it also involved international citizens and multi-national relations.

It was reported that Jong-nam was waiting for his flight to Macau at klia2 on Feb 13 when two women suddenly wiped his face with a liquid which was later identified as the VX nerve agent.

Jong-nam reportedly sought help at a customer service counter at the airport and was rushed to Putrajaya Hospital but died on the way.

He had used a passport bearing the name Kim Chol.

“North Korea needs to respect international diplomatic relations. To them, it (the case of Kim Jong-nam’s death) is not related to international issues but as their issue. 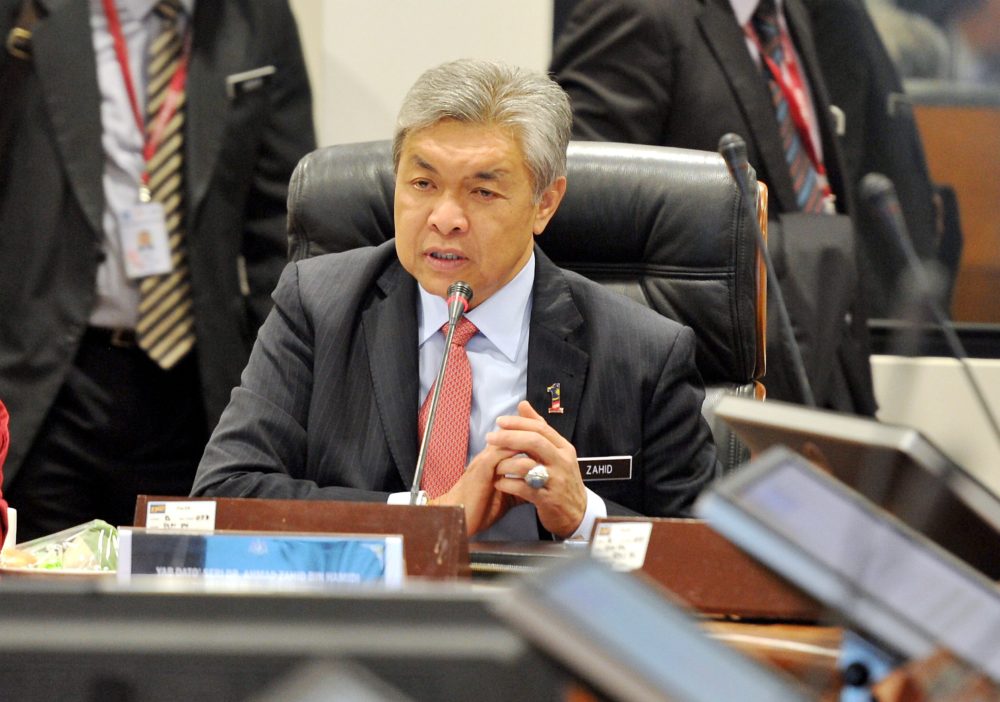 I think North Korea must learn to respect other countries,” he told reporters after attending a closed-door meeting with Sabah UMNO leaders at the Sabah UMNO Building, here. Ahmad Zahid, who is also Home Minister, said this in commenting on the expulsion of North Korea’s ambassador to Malaysia, Kang Chol, yesterday.

According to Ahmad Zahid, although the order to expel Kang Chol was isued by his ministry, the decision was made by the Cabinet.

“Actually, the decision was made by the Cabinet, and I think we have given a clear message to the North Korean government that we are serious about solving this problem and we do not want it to be manipulated.

Ahmad Zahid said North Korea’s ambassador to Malaysia was issued the expulsion order because he was trying to manipulate the issue (death of Kim Jong-nam).

“We did our job professionally in terms of interviewing witnesses, collecting evidence, which we found via DNA, forensics, high definition closed circuit television, also elements of intelligence,” he said.

He said that all nations, as part of the international society, must cooperate to solve the problem rather than worsening the situation by manipulating it. – Bernama