KLIA has been voted as having the best immigration service in the 2017 World Airports Awards, with klia2 and KLIA airport frontline staff winning high placings in other categories.

The Immigration Department, more often than not, is in the news for the wrong reasons. It is often equated with corruption.

But here is the morale booster: It has been adjudged the Best Airport Immigration Service in the 2017 World Airport Awards. 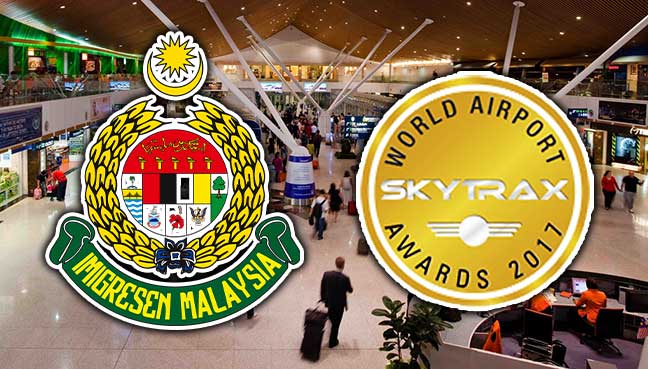 Travellers passing through immigration checkpoints at international airports voted for the Malaysian Immigration Department at the Kuala Lumpur International Airport (KLIA) as being the best.

The World Airport Awards are considered the most prestigious accolades for world airports. It is the largest, annual global airport customer satisfaction survey.

Terminal 3 of Narita Airport in Tokyo took the top spot with Terminal 2 of Kansai International Airport in second place.

In the World’s Best Airport Staff category, Malaysia was placed number 7. This award considers the attitude, friendliness and efficiency of front office staff at airports.

It was the eighth time Changi Airport has won this award since it was introduced in 2000.

The 2017 World Airport Awards are based on 13.82 million customer nominations, with 550 airports worldwide taking part.

The survey, which looks at various performance indicators – including check-in, arrivals, transfers, amenities, security and immigration – is conducted by Skytrax.