TPTN, insolvency department, Inland Revenue Board to open kiosks for enquiries and debt payment from April.

Malaysians will soon be able to check whether they have been barred from leaving the country for various reasons, including unpaid taxes and student loans, at the airports.

Immigration department director-general Mustafar Ali said that study loan body PTPTN, the insolvency department and the Inland Revenue Board would be setting up kiosks and offices for enquiries and debt payment.

“At the kiosks, travellers can check their status before departing.

“If they find that they are barred from travelling (for outstanding debt), they can go to the offices to settle their loans,” he said at the Kuala Lumpur International Airport here. 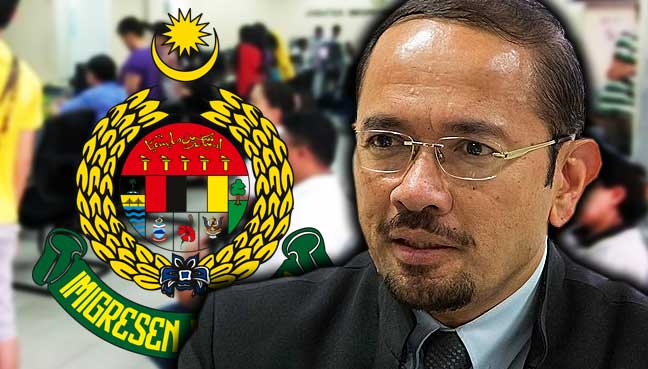 He said the kiosks and offices were expected to be open by April.

“Although all our counters are open during peak hours, we feel it is not enough.

“That is why the immigration (department) and MAHB decided to get the stakeholders on board as part of measures to improve queue management.”

At the press conference, Mustafar and Badlisham avoided questions about the Kim Jong Nam murder at klia2.

MAHB also refused to disclose the status of its investigation into how CCTV footage showing the attack on the half-brother of North Korean leader Kim Jong Un, was leaked to the media.