The dead man is definitely Kim Jong-nam. Police have identified the body of the assassinated North Korean man and they have confirmed that he is the half-brother of that country’s leader Kim Jong-un.

Inspector-General of Police Tan Sri Khalid Abu Bakar would not say how they confirmed the identity or if they had managed to get the DNA of close relatives of the man who had been carrying a passport in the name of Kim Chol.

“I am not going to say anything else, about how we did it but we have identified the victim as Kim Jong-nam,” he told a press confe­rence after attending the closing of the modern policing initiative pilot programme at the Taman Tun Dr Ismail police station yesterday.

The identity of the body in the incident that has captured global attention has been disputed by North Korea which only recognises him as Kim Chol, although almost everyone agrees that the dead man is Jong-nam.

Khalid declined to divulge if the body was identified via visual confirmation or through DNA. 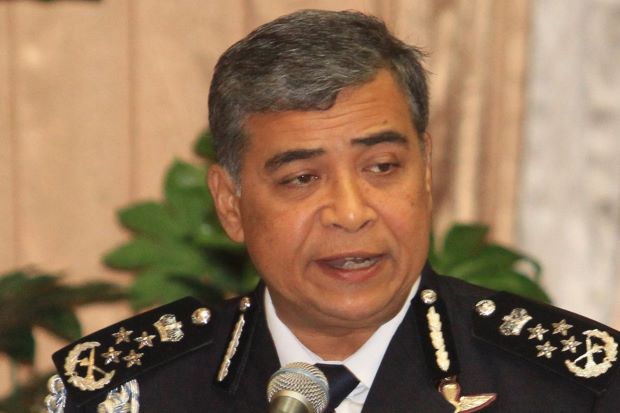 “Due to the safety of the witnesses, I will not say anything. However, we are now done with the body and since no family members of Jong-nam have come forward, we will be handing it over to the Health Ministry,” he said.

As to when the body will be handed over to the ministry, Khalid said “anytime”. On the three North Koreans wanted for questioning in connection with the investigation into Jong-nam’s death, the IGP said police would wait for them, without elaborating.

On speculation that Hyon was the one who planned the attack on Jong-nam, Khalid said he would not elaborate on matters under investigation.

The four entered the country separately days before the murder and left for Jakarta from klia2 just after the attack on Feb 13.

Jong-nam was murdered at klia2 after two women smeared a chemical, identified as the VX nerve agent, on his face.

Khalid’s confirmation sent dozens of media members, whose numbers had thinned of late, scurrying back to the Hospital Kuala Lumpur mortuary as rumours circulated that it was a matter of time before Jong-nam’s body would be claimed by his next of kin.

Under the cloudy sky, media personnel from both local and international organisations were seen setting up their equipment near the premises where Jong-nam’s body is kept.

On another matter, the IGP said the modern policing initiative, which ran for a year at the Taman Tun Dr Ismail (TTDl) and Brickfields police stations in Kuala Lumpur, has shown positive results.

“Because of this, we will be extending it to 22 police stations in the city and hopefully even more in the future,” he said.

He added that police will be launching e-reporting for non-cri­me-related cases in the TTDI area.

“This is because 80% of all reports we receive there are not crime-related,” he said.