Journalists covering the Kim Jong-nam assassination turned their attention back to the mortuary at Hospital Kuala Lumpur following the positive identification of the body of the North Korean.

Inspector-General of Police Tan Sri Khalid Abu Bakar had earlier confirmed that police have fulfilled all requirements in identifying the body that is lying in the mortuary as Jong-nam's.

Jong-nam, the half brother of North Korean leader Kim Jong-un, was killed at Kuala Lumpur International Airport 2 (klia2) on Feb 13.

Following Khalid's press conference, scores of journalists rushed to the HKL to await further developments there. 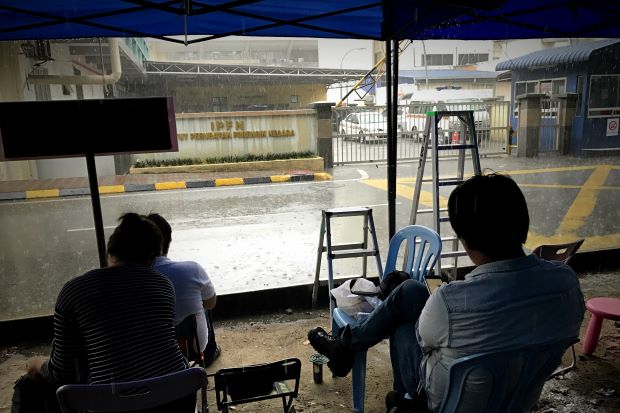 Rumours have also been circulating that it was a matter of time before Jong-nam's body would be claimed by a next-of-kin.

Under the cloudy sky, the local and foreign media personnel were seen setting up their equipment outside the entrance of the mortuary.

In the past few days, the journalists have been covering the murder from outside the North Korean embassy in Bukit Damansara.

Khalid had said that the police "were done" with Jong-nam's body and would be handing it over to the Health Ministry.

He did not elaborate as to how the "positive identification" of Jong-nam's body was obtained or if family members had provided DNA samples for the identification process.

Jong-nam was killed by two foreign women, who have been charged with the murder, who smeared VX nerve agent on his face at klia2 departure hall before his flight to Macau.