Health Minister Datuk Seri Dr S. Subramaniam hopes the cause of death of Kim Jong-Nam, elder half-brother of North Korean leader Kim Jong-Un, will be determined when the post-mortem result is released next week.

In the meantime, he said the ministry was waiting for the victim's next-of-kin to identify the body and also give DNA samples for confirmation.

"On the victim's identity, we need additional material with us, like next-of-kin, previous data of the said person … we need to get that confirmed.

"As far as our side is concerned, the cause of death of the victim should be ascertained by next week," he told Bernama here after attending a ceremony on the arrival of the "Nautical Aliya" vessel which completed its "Food Flotilla for Myanmar" mission as it docked at the Boustead Cruise Centre. 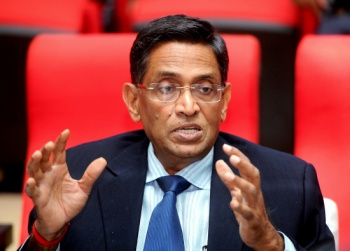 Subramaniam said this when asked to comment on the latest developments into Jong-Nam's murder at the klia2 on Feb 13.

Commenting further, he said the ministry would work closely with the police to facilitate identification of the victim's body.

As of today, neither family member nor next-of-kin of Jong-Nam had come to provide DNA sample or identify the body.

About 8am on Feb 13, Jong-Nam was at the klia2 to board a flight to Macau an hour later when two women with poisonous liquid-stained palms suddenly turned up to wipe his face.

Following the attack, Jong-Nam sought help at a customer service counter in the airport and was rushed to the Putrajaya Hospital but died on the way.

The victim had come to Malaysia on Feb 6, and carried a passport bearing the name, Kim Chol. — Bernama