Inspector-General of Police says clean-up work may be required if radioactive material found, following chemical warfare agent use in killing of North Korean.

The police are working with the Atomic Energy Licensing Board (AELB) to carry out a scan and clean-up operation in klia2 following the discovery that a deadly chemical substance was used to kill Kim Jong Nam.

The move, according to Inspector-General of Police Khalid Abu Bakar, is to ascertain if there is any radioactive material present at the low-cost carrier airport.

“We are concerned about it (the liquid) and will see if the substance is radioactive,” Khalid told media at the same airport today.

However, the police chief dismissed any suggestion that the public should avoid klia2 for safety purposes. 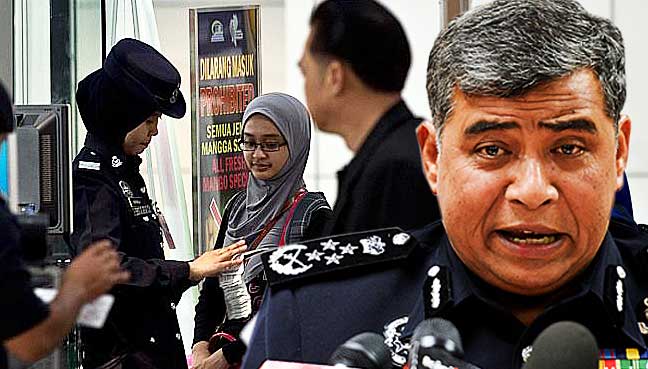 Earlier today, Khalid had issued a statement saying preliminary tests by the chemistry department on Jong Nam’s body had found traces of VX nerve agent, a chemical substance classified as a weapon of mass destruction by the United Nations.

According to an AFP report, the only known use of VX is as a chemical warfare agent.

The report cited the US government’s Centers for Disease Control and Prevention (CDC), describing the substance as the “most potent” of all nerve agents.

It said the substance is available in liquid, cream or aerosol form, and is the most toxic nerve agent in the world.A Reuters report meanwhile quoted the US Army’s Edgewood Chemical Biological Center as saying that the VX nerve agent can be fatal after 15 minutes when absorbed in large doses.

Jong Nam, who is the half brother of North Korean leader Kim Jong Un, arrived in Malaysia on Feb 6, and was at klia2 to catch a 10.30am flight to Macau on Feb 13 when he was attacked by two women. One sprayed a rapid-acting poison at him while the other covered his face with a piece of cloth.

Four other male suspects, all North Korean, fled the country on the same day of the murder. They have been identified as Ri Ji Hyon, Hong Song Hac, O Jong Gil and Ri Jae Nam.

Two other North Korean suspects, one a diplomat with the embassy in Kuala Lumpur and the other an employee of the country’s national airline, Air Koryo, are also wanted by police to help in the investigations.